Everything We Know About THE BATMAN - Nerdist

It’s been eight years since the last solo big screen Batman outing, but you can’t keep the Caped Crusader down for long. A new Batman film, simply titled The Batman, will be hitting movie theaters in the fall of 2021. Initially set to star Ben Affleck, who’d also direct, the film shifted gears after he departed the project. It is now in its own continuity, apart from the DCEU. Here’s everything we know so far about the long-awaited return of Gotham’s Guardian to the big screen.

The Caped Crusader’s latest outing is simply called The Batman.

The Batman is an edgy, action-packed thriller that depicts Batman in his early years, struggling to balance rage with righteousness as he investigates a disturbing mystery that has terrorized Gotham. Robert Pattinson delivers a raw, intense portrayal of Batman as a disillusioned, desperate vigilante awakened by the realization that the anger consuming him makes him no better than the ruthless serial killer he’s hunting.

Given that this film is a noir style mystery, many fans think it will be an adaptation of—or at least inspired by—the comic book series The Long Halloween. That seminal miniseries featured nearly all of Batman’s villains, and had the Dark Knight following the trail of a killer in a year long detective story.

Reeves hasn’t said anything about The Long Halloween, though. He has said the movie will focus on Batman’s second year of wearing the cape and cowl. Batman is far from perfect. He’s not having the effect he wants to have on Gotham. A series of murders start happening in Gotham (as seen in the teaser), and they tie into the history of the city.

So while this movie is emphatically not an origin tale, Reeves said the movie does touch on Batman’s origins. As Bruce learns more about Gotham’s corruption, Bruce has to reconcile it with how his family—the Waynes—fit into the mess. It’s a detective story; there’s a mystery. But The Batman is also an incredibly personal story.

In a trailer released via Warner Bros. Japan, we get another look at the film, specifically Paul Dano as The Riddler. In the trailer, which features new footage—per Matt Reeves—we see Bruce go after The Riddler, who’s been billed by the media as a dangerous serial killer.

Plus, if you look (and listen) closely, the trailer might just be hinting at the Joker, who is long rumored to appear in the film.

The latest trailer, dubbed “The Bat and the Cat,” gives us a much better look at Zoe Kravitz’s Selina Kyle. As the Riddler continues to threaten the Caped Crusader, he appears to have an uneasy alliance with Catwoman. But as he suggests to Alfred, even he isn’t sure exactly what their deal is—are they friends, foes, or something in between? But it wouldn’t be Batman if it wasn’t a little murky.

While just a small glimpse, it’s easy to see why Zoe Kravitz is such a good fit for Catwoman. She’s sly, funny, and cool opposite Pattinson’s brooding hero. Definitely adds a bit of needed levity into the mix. The trailer itself is intense and action-packed, making us somehow even more hyped for the upcoming film.

What’s a Batman movie without a Batmobile? Matt Reeves unveiled a first look at the new Batmobile via his Twitter account. This is a return to the classic car version of the Dark Knight’s iconic ride, as opposed to the tanks of recent Bat-films. And you can see a decent shot of Robert Pattinson in these new images as well. To paraphrase Batman Forever, “we dig the car.”

With new set photos revealed, we also see a capeless Batman riding a motorcycle through a graveyard. His outfit looks very inspired by Scott Snyder and Greg Capullo’s Zero Year run on the comic. Snyder and Capullo’s run is one of the character’s best, so if they are taking inspiration from that, then fans are in for a serious treat.

A few months after Ben Affleck departed the project as director, Dawn of the Planet of the Apes and War For The Planet of the Apes director Matt Reeves was then announced as his successor. Production was at first going to begin in 2018, but Warner Bros. delayed the film until Reeves—who is writing and directing the film—could hammer out a script everyone was satisfied with. Filming began in early 2020 and after COVID-related hiatuses, officially wrapped in early 2021. 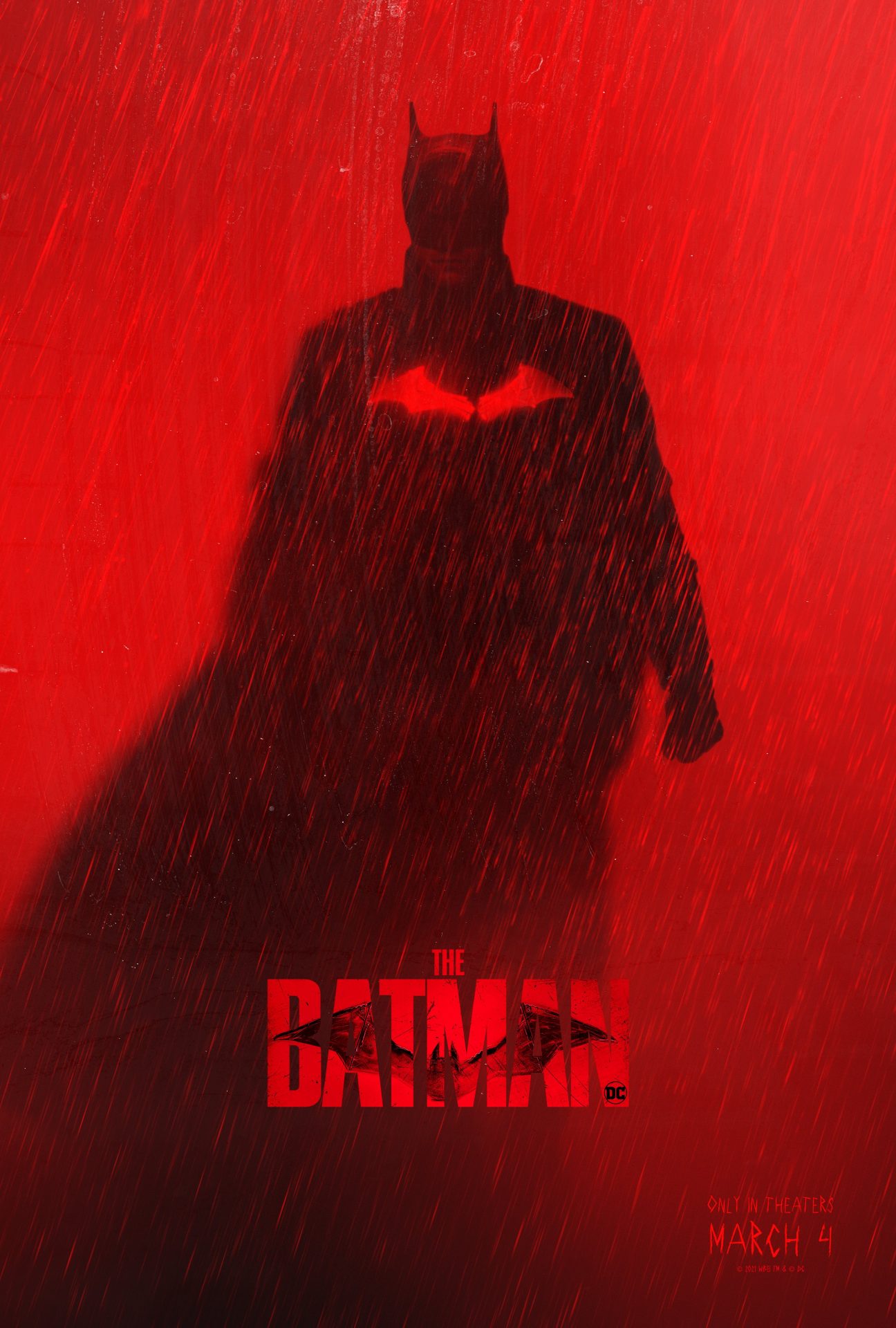 Not long after Matt Reeves signed on to direct, Ben Affleck stepped down as Batman. Our new Batman/Bruce Wayne is none other than Robert Pattinson. The former Twilight star will be playing a younger version of Batman, closer to the start of his career. In January 2020, Matt Reeves revealed the first camera test of Robert Pattinson in the Batman costume and released it via Twitter.

Using Twitter, Reeves has confirmed a number of the film’s cast members and their characters. After appearing in Lord of the Rings, the Marvel Cinematic Universe, Planet of the Apes and Star Wars, Andy Serkis is making his transition to the world of DC films as Bruce Wayne’s loyal butler, Alfred Pennyworth. Meanwhile, Jeffrey Wright is James Gordon, Bruce Wayne’s chief ally in the Gotham police force. Peter Sarsgaard is district attorney Gil Colson, Barry Keoghan is Gotham cop Stanley Merkel, and Jayme Lawson is a character named Bella Reál. 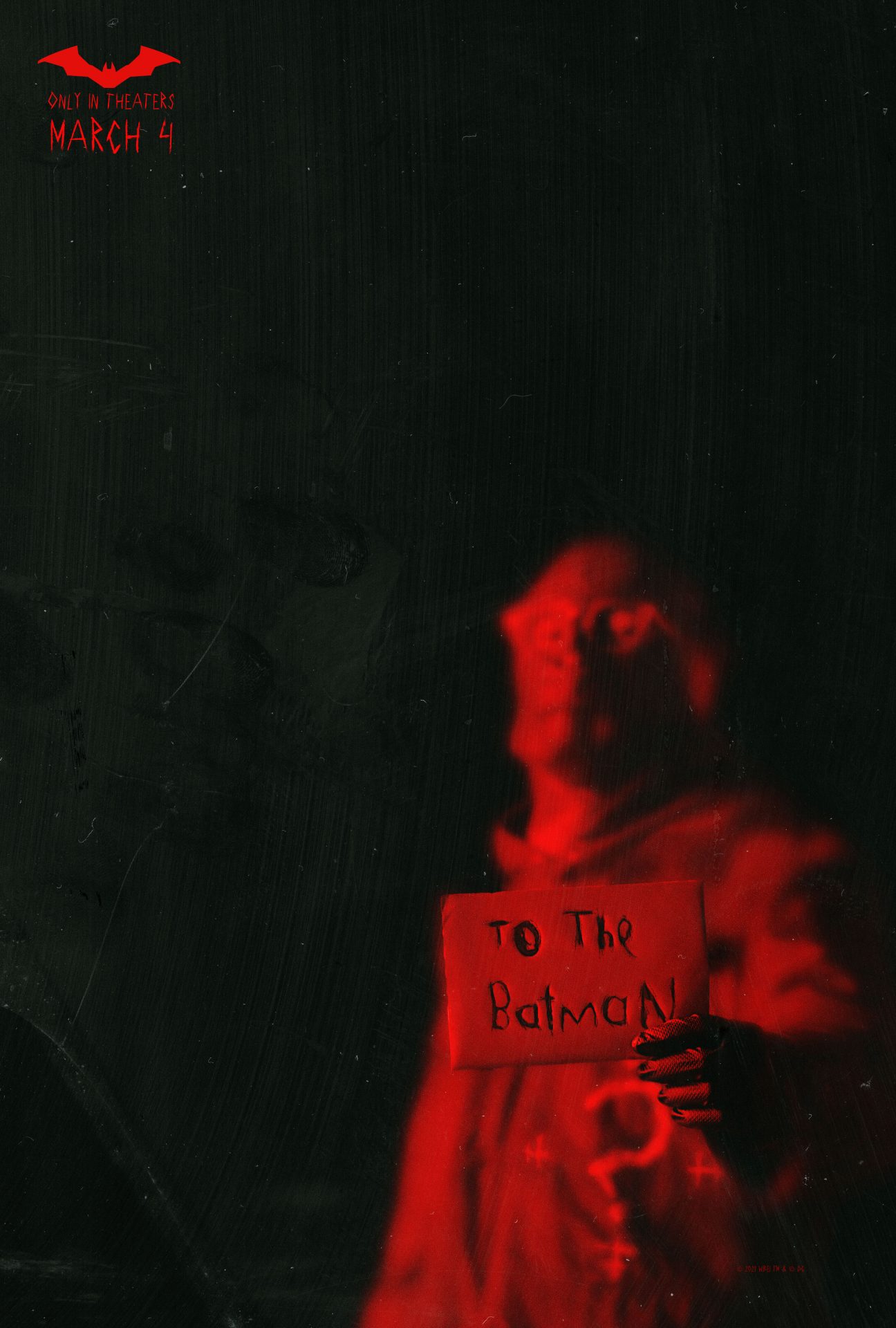