7 Comic Book Moments That Could Inspire Matt Reeves’ THE BATMAN

by Rosie Knight
Matt Reeves’ long awaited noir Batman movie has finally gotten a release date, and with this comes a trickle of new information: Ben Affleck will not be donning the cowl, the film will focus on a young Bruce Wayne, and it will lean heavily on Batman’s reputation as “The World’s Greatest Detective.” We’ve already written about some of the best comics that could inspire the project, so we decided to put together something of a comic book mood board for the project. These are some of our favorite, most atmospheric, and noir-ish panels and pages from the history of The Bat. 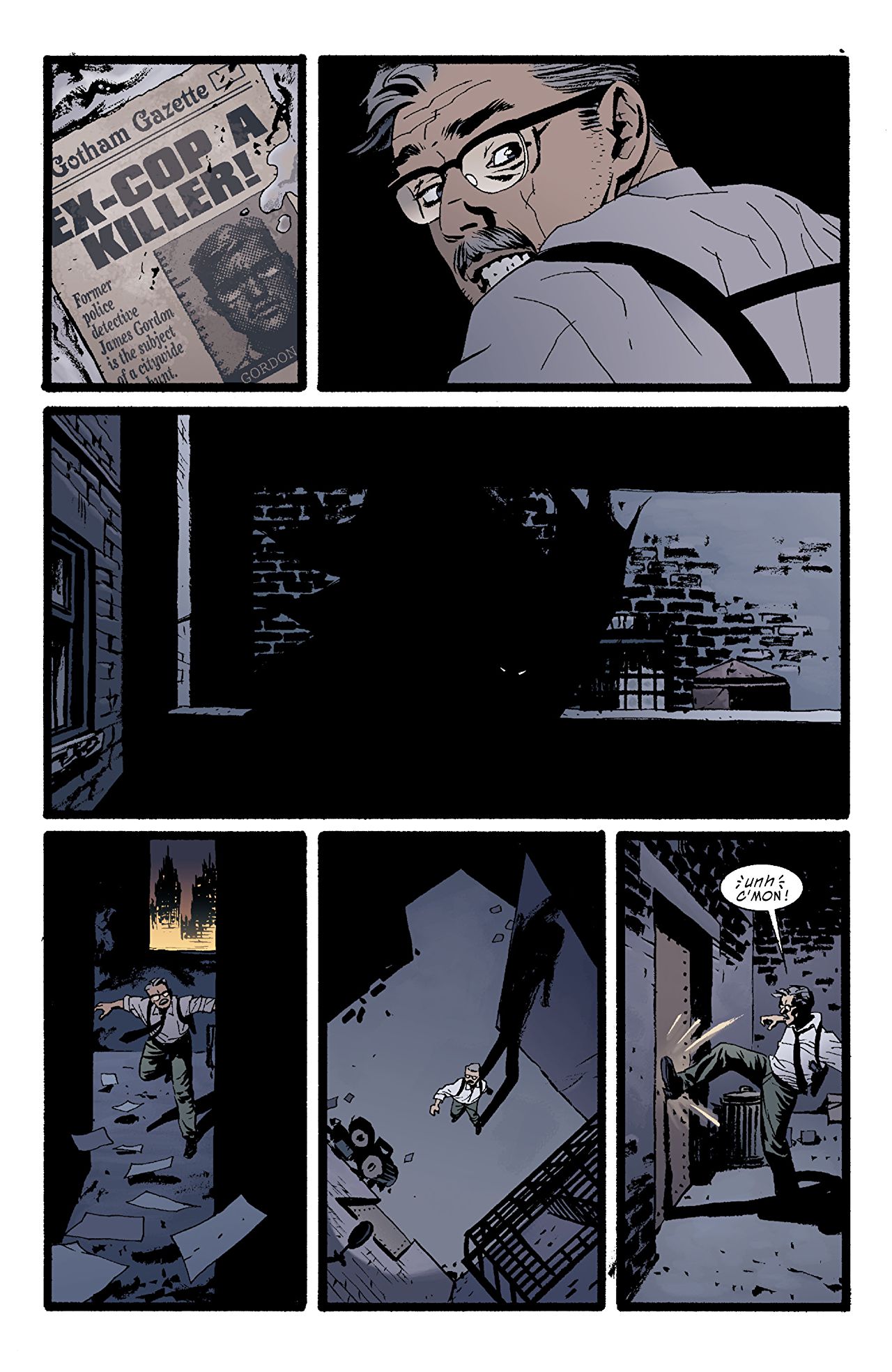 Obviously this one may seem a bit on the nose with the title and all, but tonally this page is a masterclass in shadowy terror. Stewart’s purple and grey palette is a great representation of a noir-era Gotham and the pitch black shadow with the glowing white eyes adds a horror to the visual storytelling, which feels straight out The Lodger or even Diabolique. It would be interesting to see Reeves lean completely into the noir genre rather than use it as a pastiche or gimmick, and this page is a great example of the tone and pacing needed to pull that off in a Batman story. 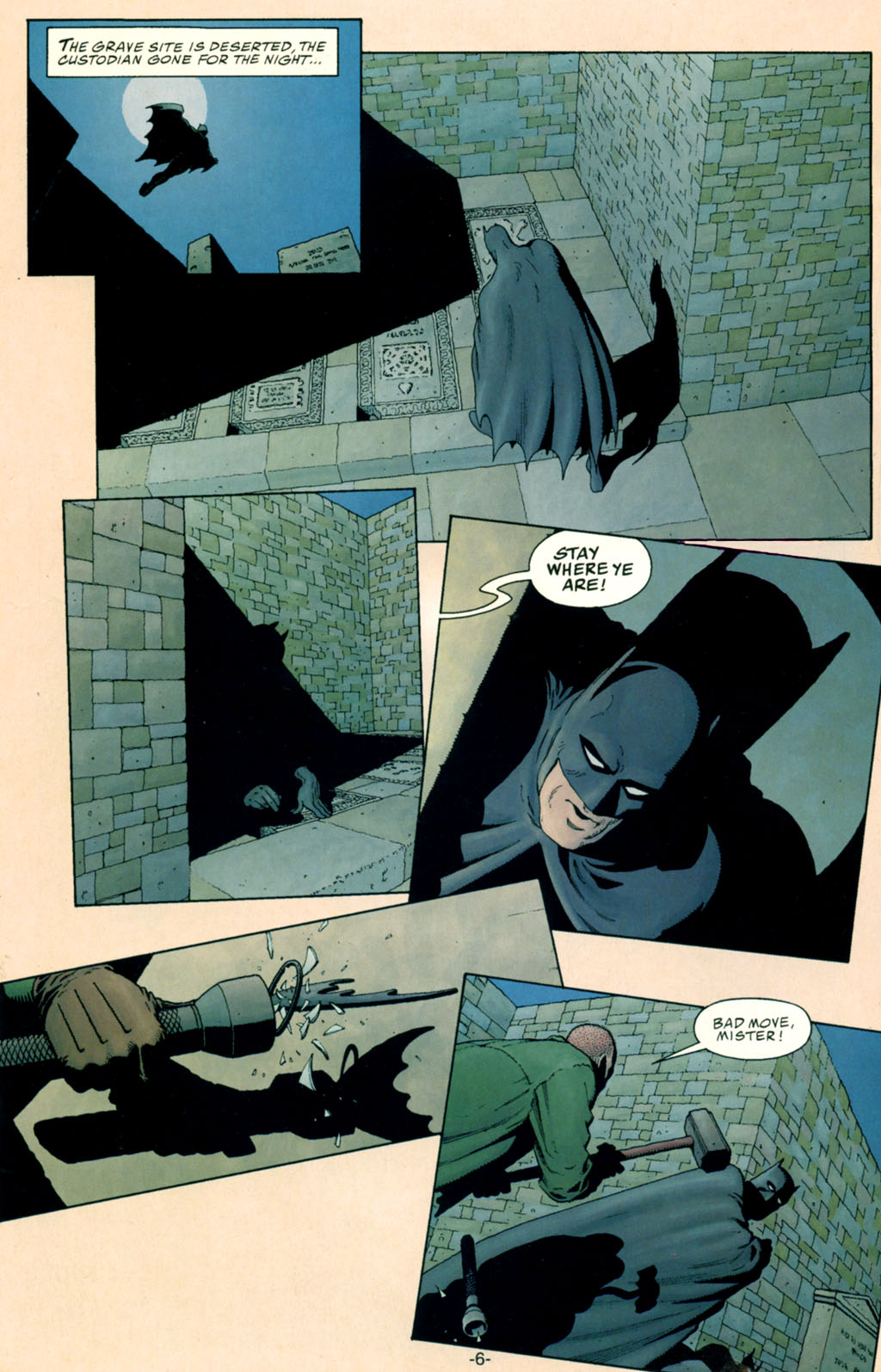 This lesser known gem from the early work of Frank Quitely follows Batman to Scotland for a funeral only to land him in a bunch of trouble. Though most of the book is pretty colorful, this brilliant page, which sees him leaping into and creeping across a shadowy graveyard, would make a great base for a sequence in a noir-influenced Batman flick. Hollingsworth’s blues, greens, and grays give the page a unique but classic look, and Quitely’s vision of Batman jumping in front of the moon is the stuff cinematic dreams are made of. 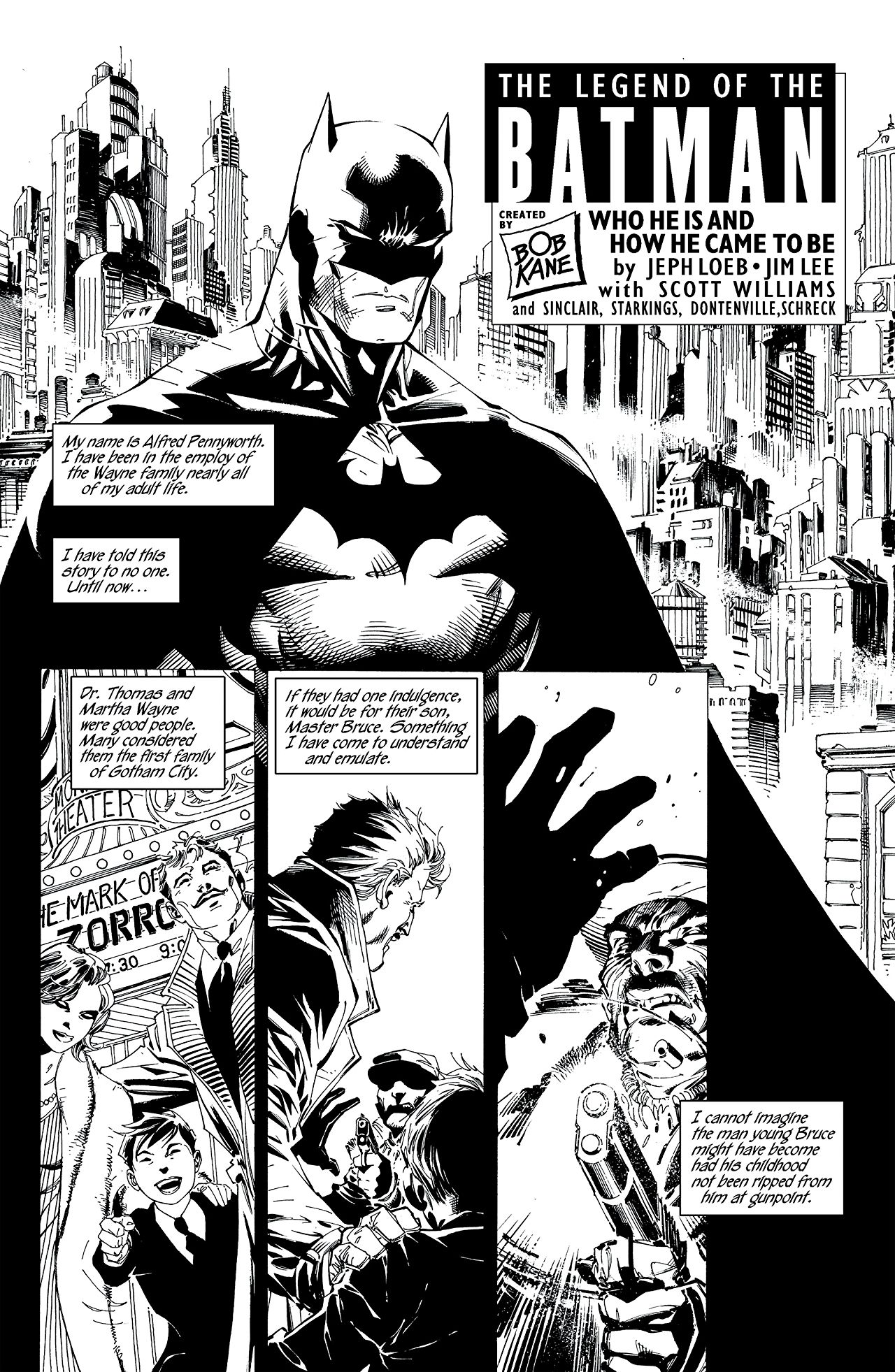 As the story is likely going to cover Batman’s earliest days this page from Hush Unwrapped immediately came to mind as it perfectly portrays the horror of the night in crime alley, which changed Bruce’s life forever. Lee and Williams’ stark line art and brilliant contrast of Batman standing over the city that he loves and the event that forged him are the perfect jumping off point for a dark period piece about the origin of Gotham’s most famous son. 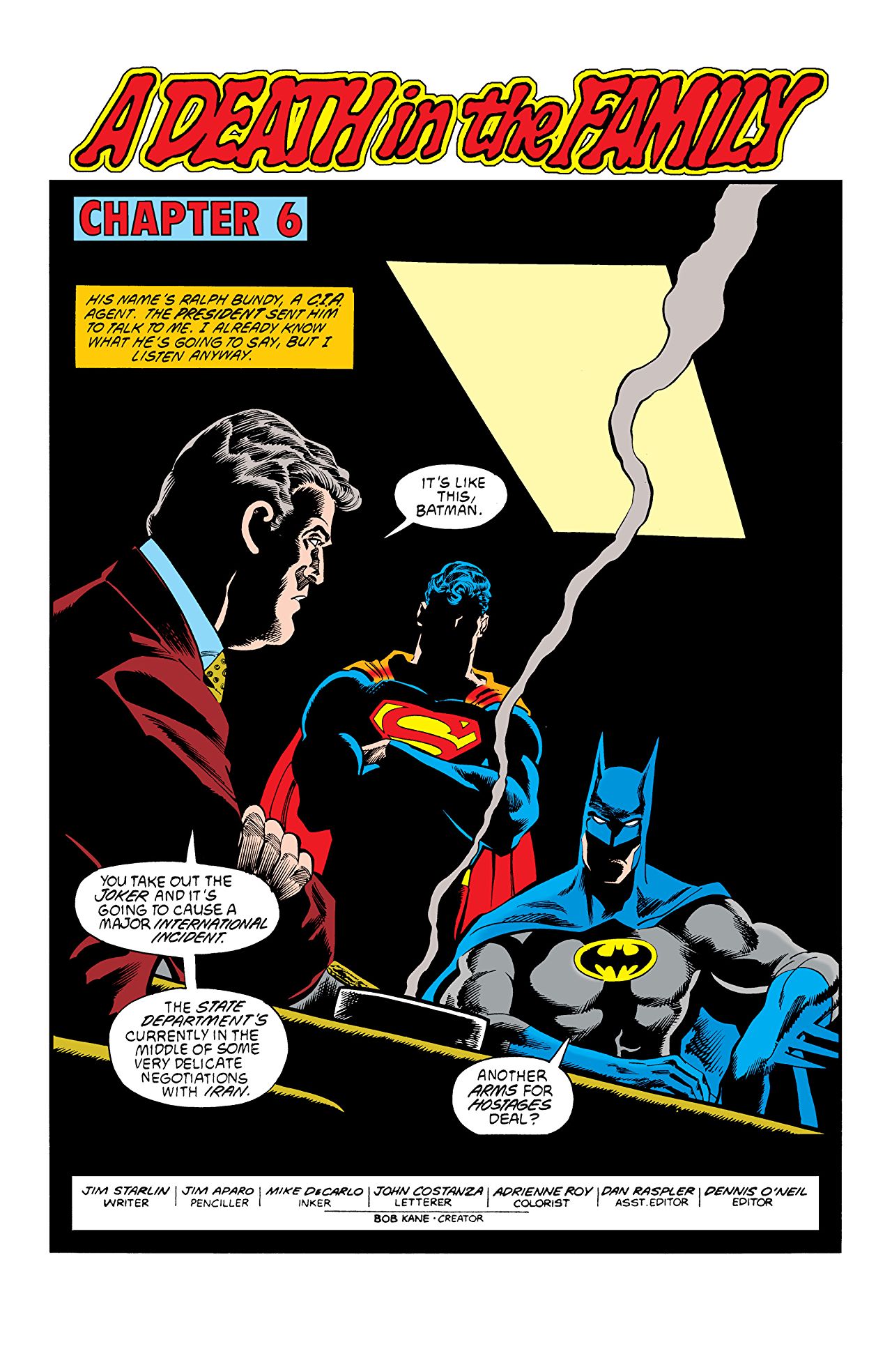 Though it’s very unlikely that we’ll see any kind of super team-up in The Batman, the shadowy severity of this panel from the seminal Batman event Death in the Family offers fantastic insight into what a more politically focused Bruce Wayne tale could look like. We’ve yet to see Batman having to navigate the greater international landscape as he saves his city. His having to work alongside a shady government organization could lean into the detective angle Reeves has promised. 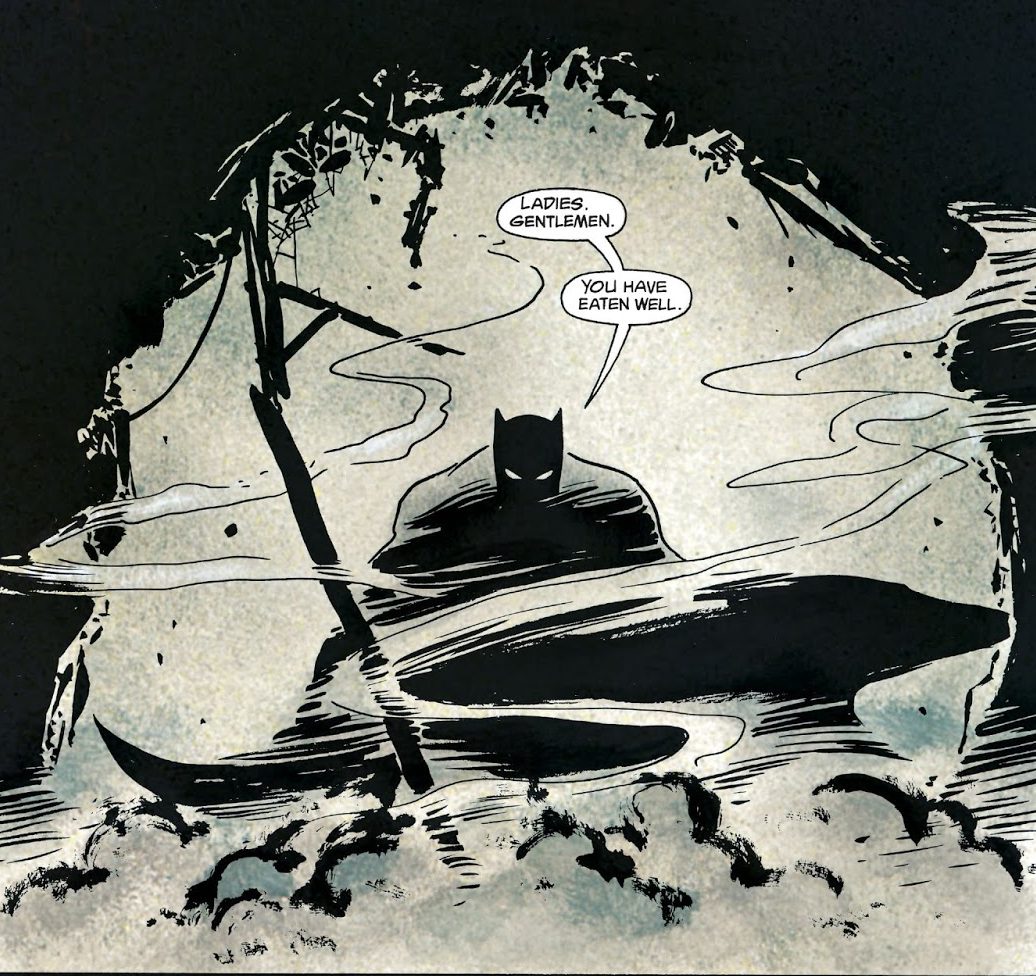 Visually, this is one of the best panels in Bat-history and it comes from one of the most famed noir takes on the character. It’s pretty likely that Reeves’ film will take heavily from this dark origin story, but we’re more interested in how he might be able to translate Mazzucchelli’s sweeping and spooky vision of Batman to the big screen. 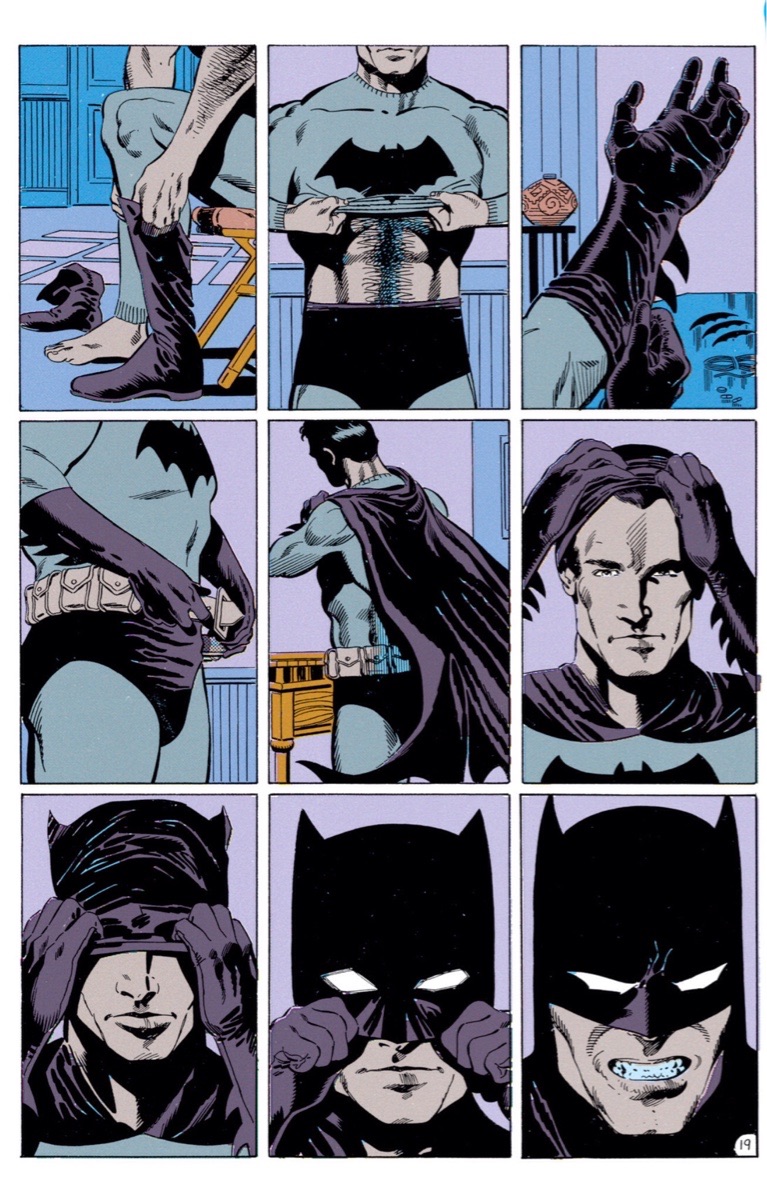 Every good noir movie needs to also be an exploration of the detective at its core and this nine panel grid from Legends of the Dark Knight #1 seems to echo the best and quietest moments from classic noir movies like The Long Goodbye or Chinatown. Bruce’s characterization as a man will be equally as important as the focus on his heroics and this brilliant grid is a perfectly balanced moment which could translate really well to screen. 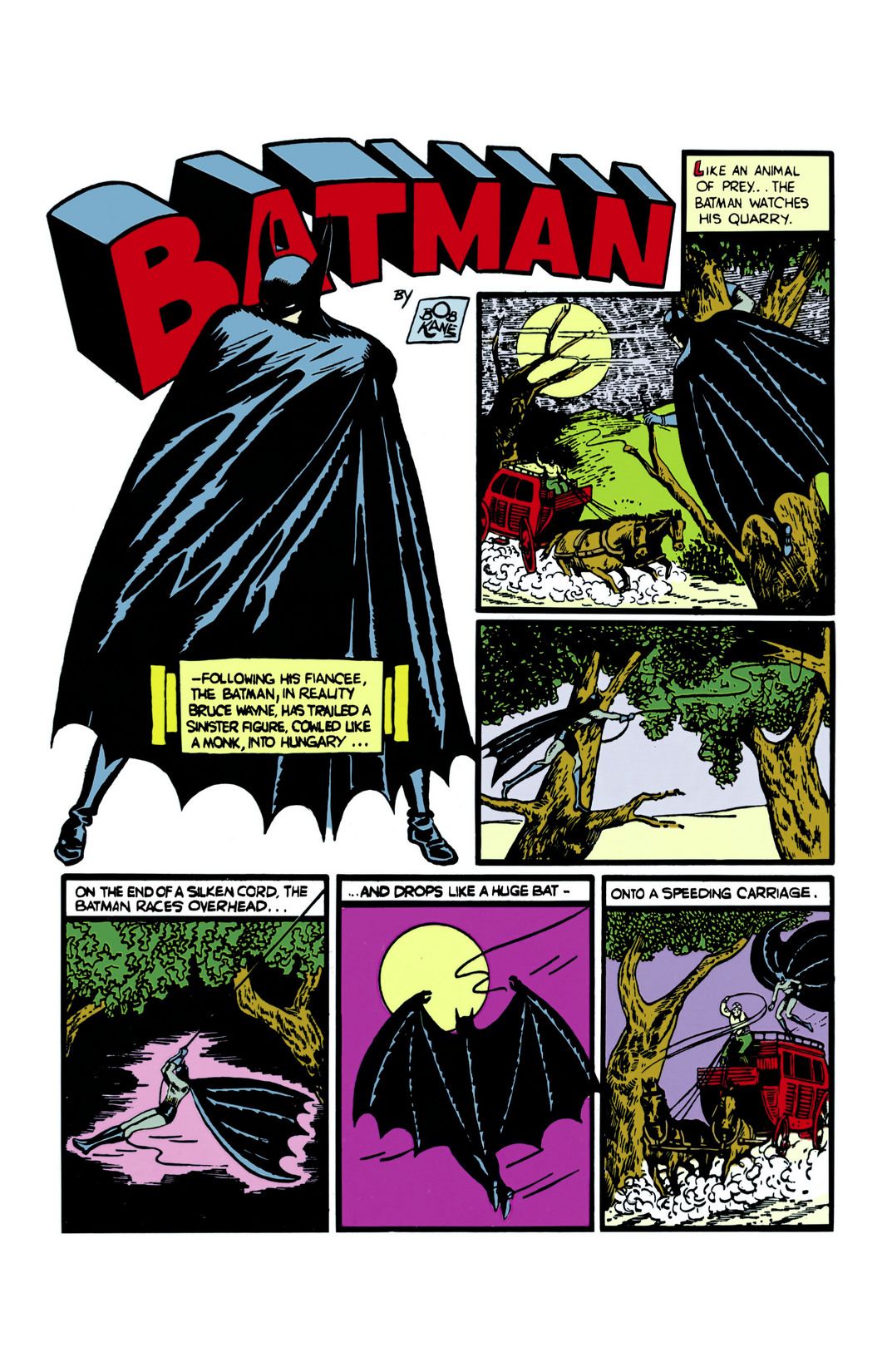 Though most Golden Age Batman comics are remembered for being wacky and technicolor, the original Detective Comics in which he was introduced were often dark and pulpy. This brilliant page leans into the horror and surreal nature of the hero and could be a really cool route for Matt Reeves’ film to take from. He’s not going to make a Dracula Bat movie as much as we might want one, but recognizing that Bruce based his entire persona on the thing he fears most is a vital part of creating a great version of Batman.