Romero's THE AMUSEMENT PARK Is Horrific Because It's Real - Nerdist

Romero’s THE AMUSEMENT PARK Is Horrific Because It’s Real

George A. Romero was and is an underrated filmmaker. Even people who recognize how influential his zombie movies are might not really see what a good visual storyteller he was. Prior to making 1968’s  Night of the Living Dead, Romero and his company, The Latent Image, made commercials and industrial films in the Pittsburgh area. He was first and foremost an excellent editor and you can see that in those older commercial work just as much as his later features. The recent discovery/restoration of his 1973 industrial film The Amusement Park showcases this, and his ability to depict true, nightmarish vistas. 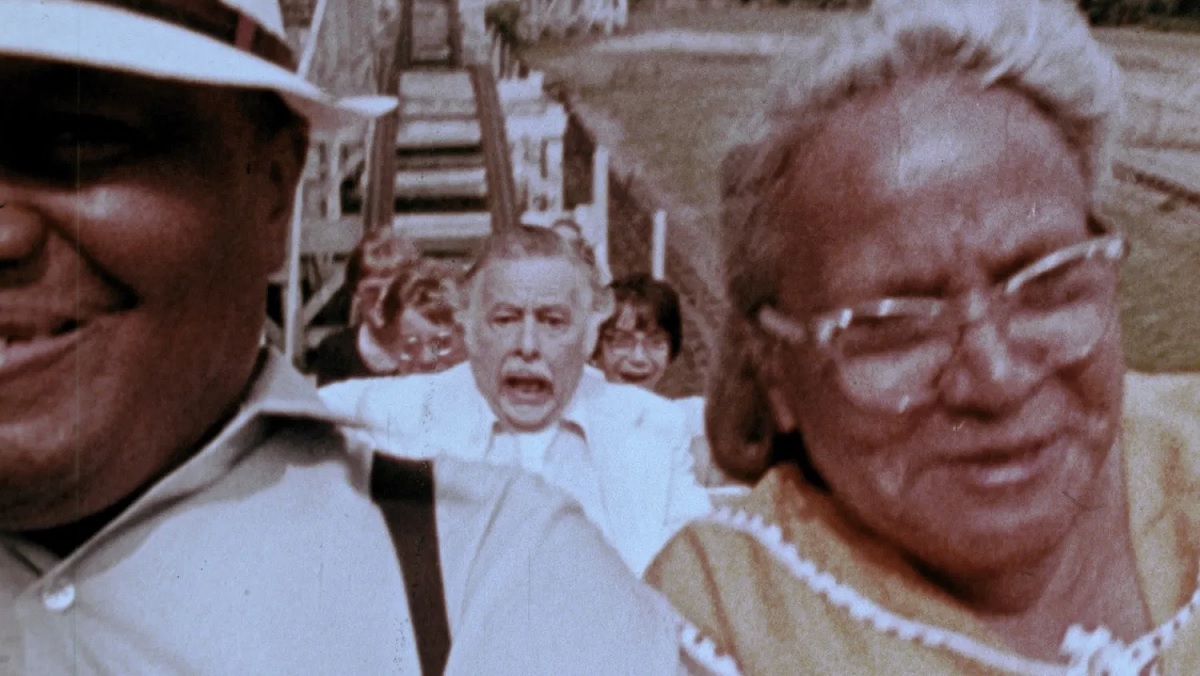 If you had any doubt about Romero’s cynical view of the world, The Amusement Park is proof. This film—a little less than an hour long—was supposed to highlight the tough time senior citizens have in the modern world. It can be overwhelming and cruel; people tend not to take them seriously. These are legitimate problems, even nearly 50 years later. But rather than just show these events as they really are, Romero turns them into a hellish barrage of overstimulation and laughing indifference.

Actor Lincoln Maazel (who later appeared in Romero’s vampire deconstruction Martin) introduces the film. He says he’s 71, a working actor who has stayed active and vital. But that’s not the way for a lot of elders in the community. The story proper starts as Maazel enters a white void where another version of himself, battered and exhausted, sits and pleads with the livelier, jollier him not to go out there. “There’s nothing out there”, he tells himself. The happy fellow exists into the hustle and bustle of the titular fun park. 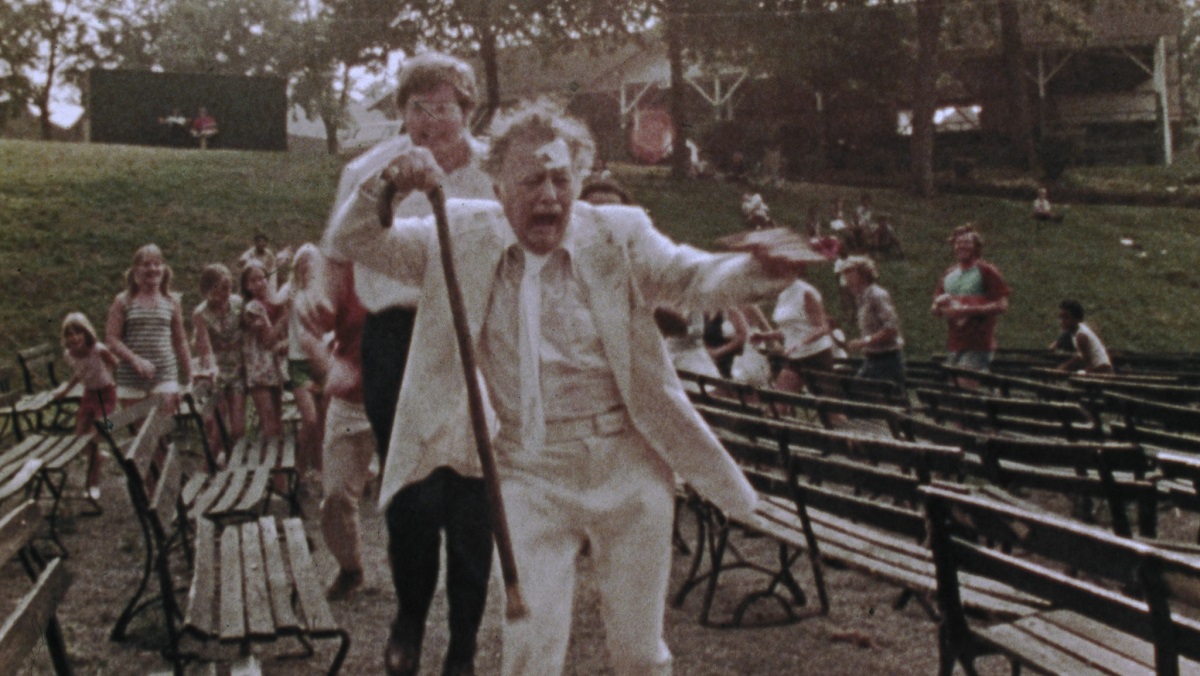 What follows is Maazel trundling around the amusement park trying to have a nice time while various vignettes and tableaux play out in front of him. All over the park is a guy (it’s always the same guy) in carnival barker get up who is buying antiques off of old people and undercutting their value. Things clearly worth a lot only get $5 and the old people just have to take it.

Another vignette takes place at the bumper cars. An older gentleman has his eyes checked and they determine he’s not allowed to drive. So his wife gets behind the wheel. A guy in a car in front of them signals left but turns right, leading to a bump (standing in for a crash). The guy (played by Romero himself, no less) gets out of the car and rails against the old lady for being too feeble to be behind the wheel. Eventually a police officer comes to sort things out. Maazel eventually steps up to say he witnessed the crash, but because he’s old and wasn’t wearing his glasses, the Romero a-hole says it’ll never stand up in court. 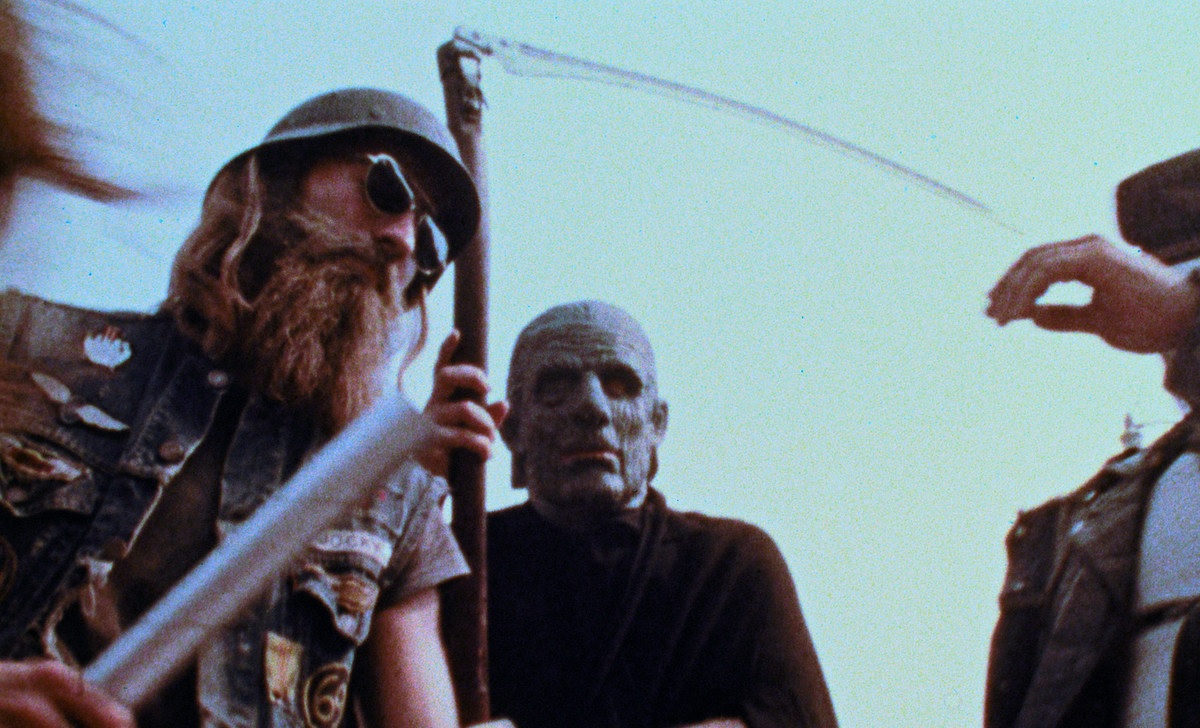 This is maybe the most direct depiction of a real-life scenario, but they’re all over The Amusement Park. Maazel begins to see how horrible life for the elderly is, where he can’t even be nice to children without people assuming he’s some creepy weirdo. Images of the Grim Reaper appears throughout as the cinematography (shot on grainy 16mm) gets more and more intense and warped until the film’s central circular metaphor pays off.

While the movie does depict these specific scenarios in keeping with the intent of the industrial film, Romero does so much to heighten the points and make the message memorable and haunting. I can’t imagine the people who paid him to make this movie were all that happy with the violence and terror it shows, but they can’t deny the results. The Amusement Park might well be Romero’s most scathing and upsetting social commentary. And this the same year he made The Crazies, the first of his “the government will overreact and are just as bad as the monsters” horror movies. At least that movie has monsters. In The Amusement Park the only monsters are us.

The Amusement Park will premiere on Shudder June 8.