A couple of years ago, Arrow Video put out a box set of George A. Romero movies he made in between his groundbreaking 1968 debut Night of the Living Dead and his 1978 genre-definer Dawn of the Dead. Those films, with their grainy 16mm look, offer a glimpse at the director’s innovation with a camera; he could make any situation seem sinister. Hell, he even directed a particularly harrowing segment of Mister Rogers’ Neighborhood. Now, his long-lost 1973 industrial/horror film The Amusement Park is heading to Shudder in June. By the looks of the trailer, we’re in for another absolute nightmare.

Believe it or not, The Amusement Park wasn’t originally supposed to be a horror film at all. The Pittsburgh-based Lutheran Society approached Romero and his commercial company, The Latent Image, to make an industrial film about elder abuse. The result, after passing through Romero’s cynical brain, was a circular, pre-David Lynchian perversion of otherwise wholesome activities. Amusement parks can be freaky to begin with, but Romero’s take is downright sinister. 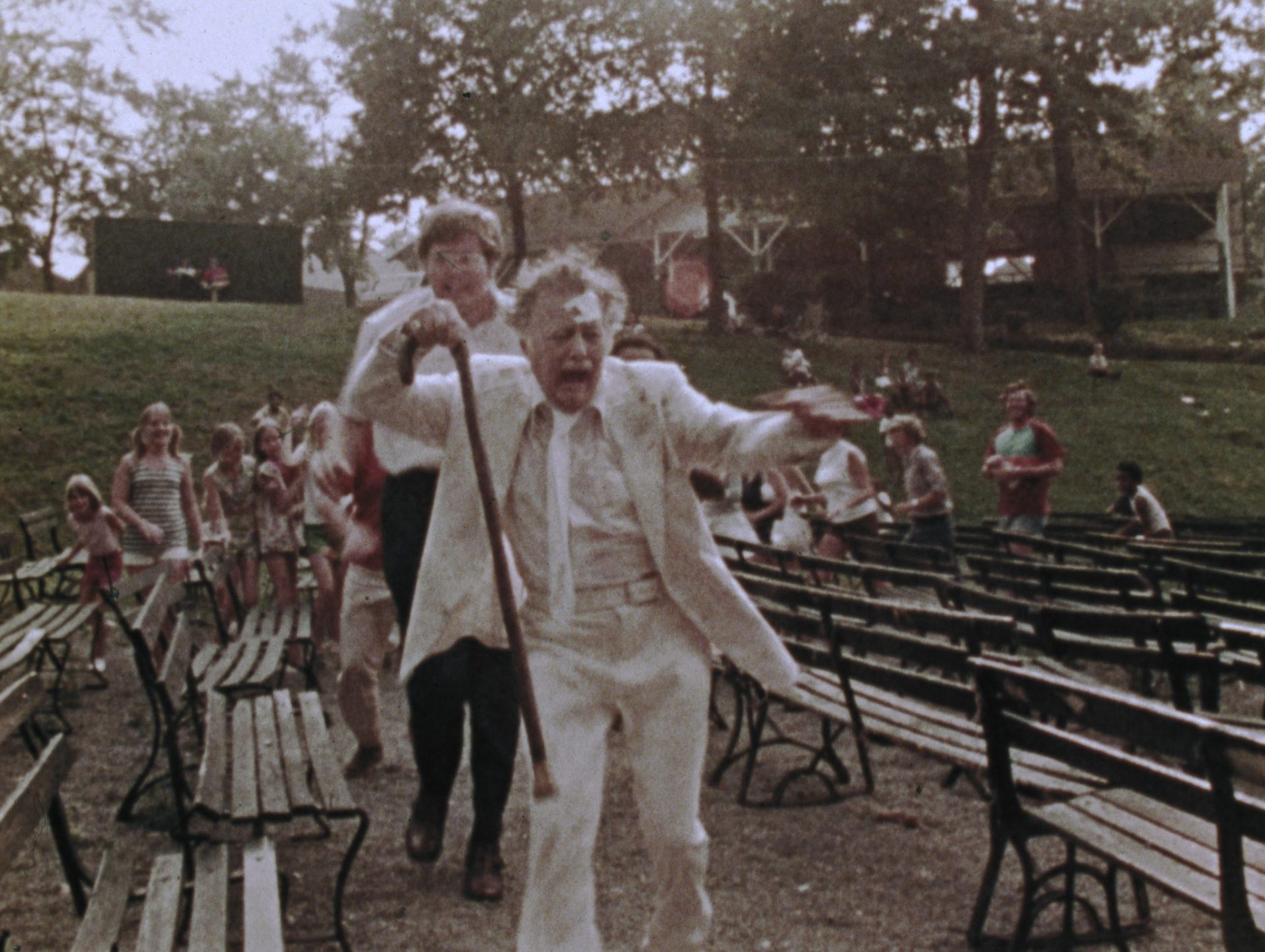 According to Shudder’s official synopsis:

“An elderly gentleman goes for what he assumes will be an ordinary day at the amusement park, only to find himself in the middle of a hellish nightmare instead. Shot by George A. Romero between Night of the Living Dead and Dawn of the Dead, The Amusement Park is a bleak, haunting allegory where the attractions and distractions of an amusement park stand in for the many abuses that the elderly face in society. 4K digital restoration commissioned by the George A. Romero Foundation and carried out by IndieCollect.”

The Amusement Park stars Lincoln Maazel, whom Romero aficionados will recognize as the cleric-turned-vampire hunter in the subversive 1977 movie Martin. It will drop on Shudder on June 8, as part of their summer slate promising 12 movies in 12 weeks. I, for one, am very excited, and more than a bit scared.