It’s no surprise that we love Goose the cat from Captain Marvel. The orange tabby totally stole our hearts in her movie debut, even if she isn’t really a cat but merely presents as one.

Still, her appearance in the film gave us total cat fever, and got us thinking about the history of cats in film. With that in mind, we decided to round up our favorite movie cats and rank them in order. This ranking isn’t the most objective, but we hope you’ll enjoy the movie kitties list we’ve conjured up, complete with cats from all sorts of movies: drama, fantasy, horror, animation.

Here are our 25 best movie cats, ranked. (For logistical purposes, we left Goose off the list, but she is No. 1 in so many other ways!) 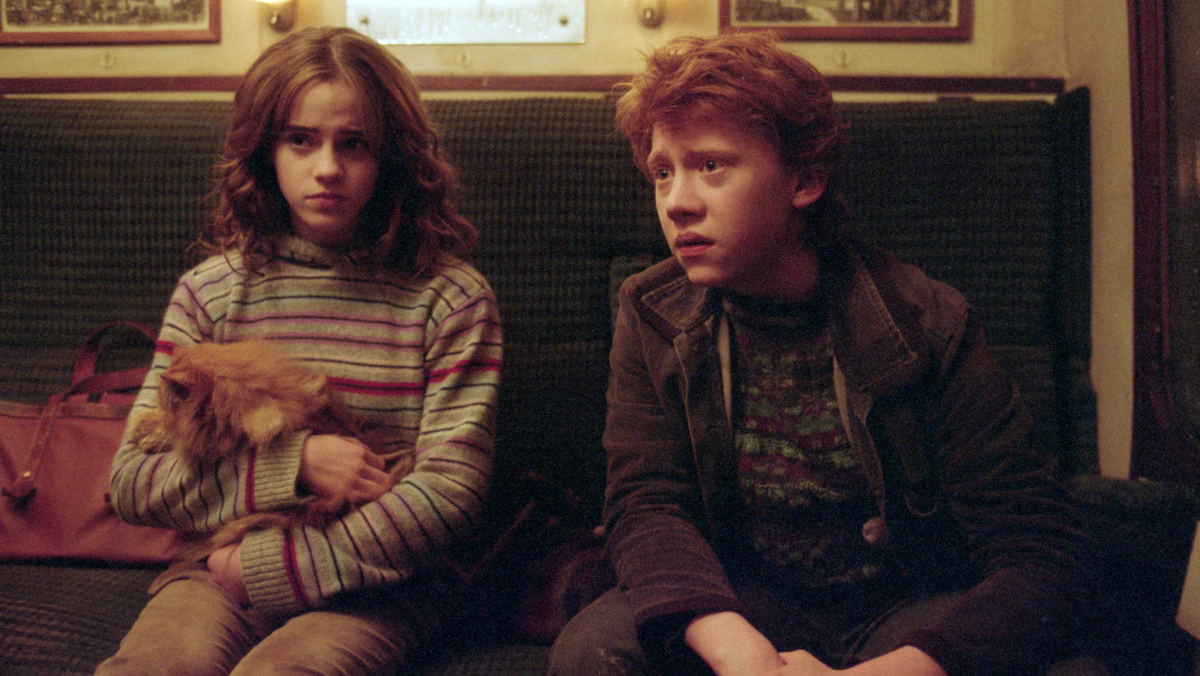 25. Crookshanks, Harry Potter and the Prisoner of Azkaban

Although he doesn’t get a ton of screen time in the other movies, Crookshanks is a vital part of Prisoner of Azkaban. He knew Scabbers was a bad guy the whole time!

Jordan Peele may be busy turning into our next great horror director, but we’ll never forget his contribution to this perfect cat movie, about two friends who infiltrate a gang to steal back their kitten. Peele wrote this and then wrote Get Out and then won an Oscar, so we’d like to thank the cat.

Kiki’s pet cat and best friend Jiji is a vital part of the heart and soul of of this Studio Ghibli film. He even gets a family by the time the movie is over!

Maybe a macabre choice but who can forget Rufus, Dan Cain’s cat who dies, is put in a fridge, and then resurrected as a feral monster by the Re-Agent? Things don’t turn out so great for Rufus, but he’s a memorable part of this ’80s horror comedy classic.

21. The Cheshire Cat, Alice in Wonderland

The pink smiling cat is a real tease, but he’s an iconic part of the Disney cat lexicon. 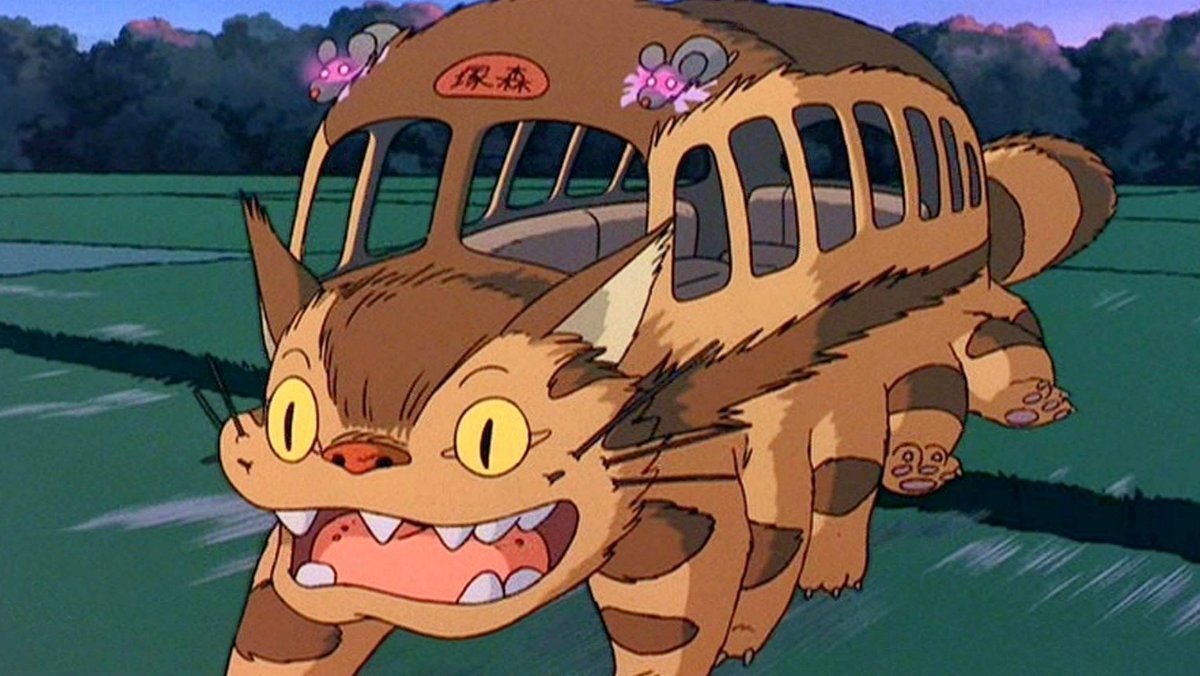 Another Studio Ghibli cat, this one is… quite literally a cat bus. The character was a breakout star of Totoro and has since appeared as an Easter Egg in a number of other properties. He was even featured in the short film, Mei and the Kittenbus, about his cat child who is also a bus.

This ’80s animated Disney film is a modern retelling of Charles dinkens’ Oliver Twist, following  a scrappy orphaned kitten as he’s taken in by a gang of street dogs.

Who doesn’t love Unikitty, the ruler of Cloud Cuckoo Land with a proclivity to broad emotions? She was a breakout star and for good reason. She’s as cute as she is feisty.

Those big eyes! Puss may be suave and dashing, but we’re still not over the big-eyed purr moment.

DC is a mischievous Siamese cat who gets wrapped up in a robbery scheme in this 1965 Disney classic starring Hayley Mills and Dean Jones, who would later play the villain in another animal movie, Beethoven. 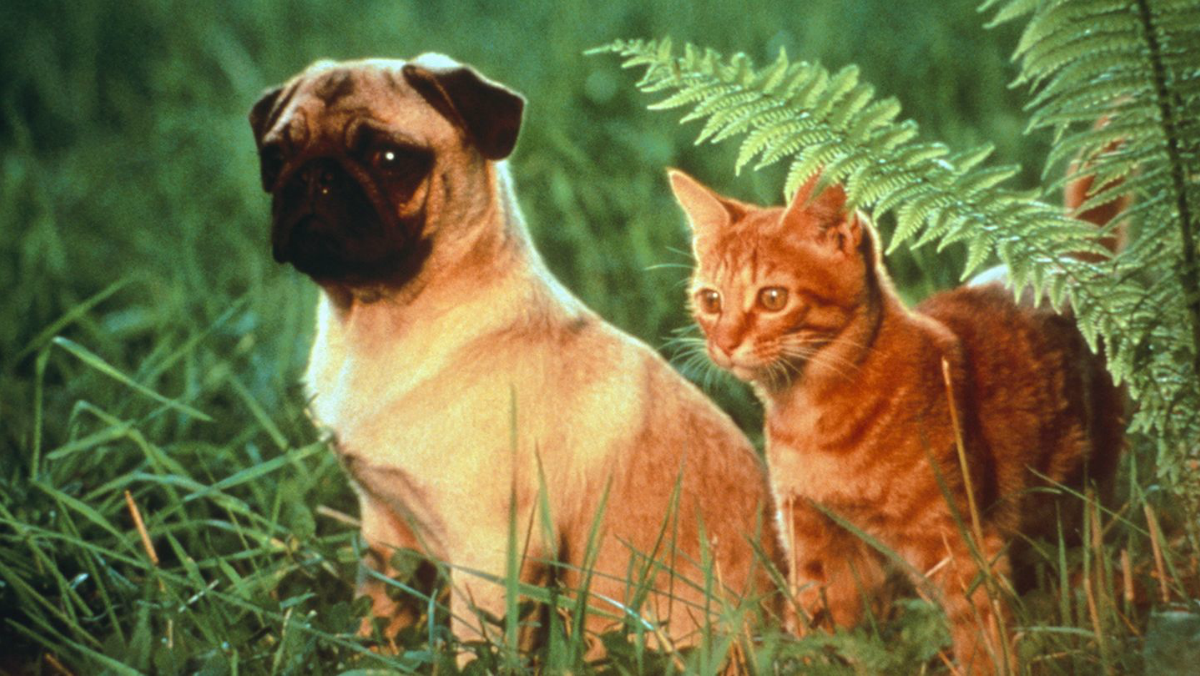 This 1986 Japanese film, which was later re-dubbed for an English-language release, follows two farm animals who go on an adventure. Milo is the cutest thing, and this movie is burned into our brain from childhood.

Argus Filch’s red-eyed Maine Coon is technically a villain in the Harry Potter movies, but we really can’t get over just how special her bond is with the cranky old Hogwarts caretaker. Remember when he dances with her at the Yule Ball?!

The cat who famously pees in the ashes of a family relative, Mr. Jinx is the key behind so many jokes in this 2000 comedy classic.

This cat is here for sheer iconic-ness alone. The image of tough guy Marlon Brando clutching his feline companion is a famous still from film history. It’s made even better because Brando was a huge cat fan in real life. 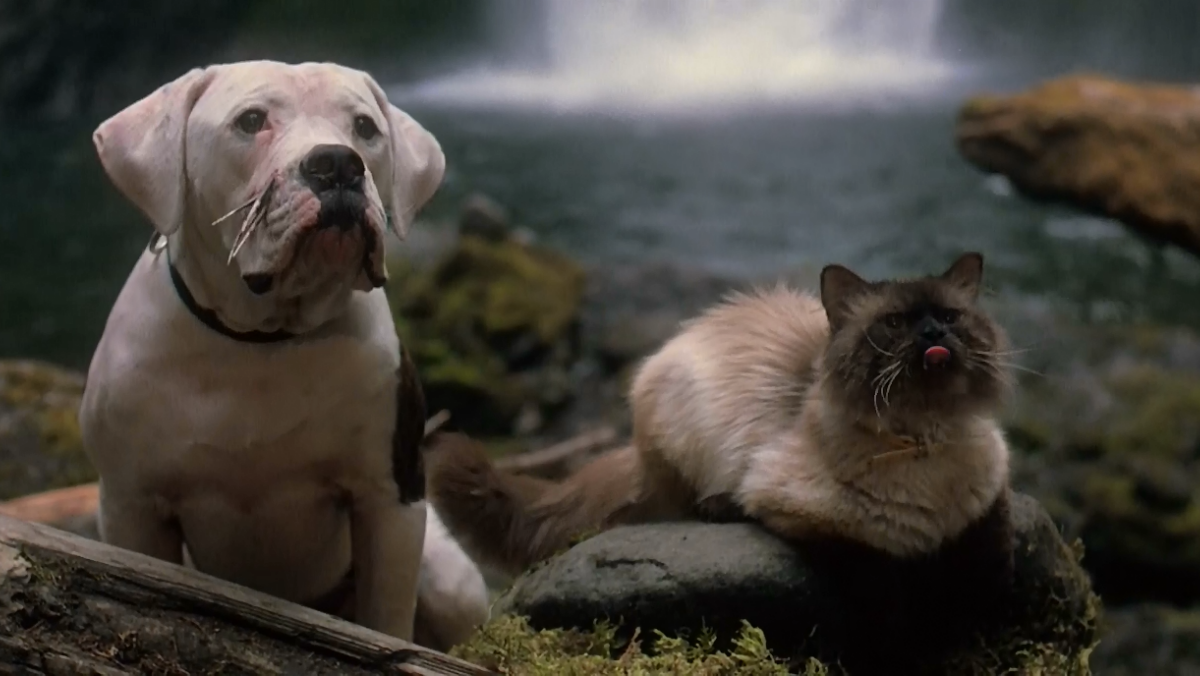 Homeward Bound tugs at the heartstrings in so many ways, but we’re eternally grateful for Sassy and her plucky attitude after her and her two dog siblings are separated from their owners and forced to find their way home.

This cat has the weight of the world on his shoulders – quite literally. We can’t think of a movie cat with more of a cosmic significance.

We love a good mystery-solving cat, and Mr. Cat is exactly that. This 2010 French animated film is a beautiful, award-winning story that we definitely recommend you seek you if you’ve never been put under its spell.

Another cat who is just so iconic, it’s hard to put him anywhere else but the top 10. Holly Golighty’s cat is integral to her storyline, which is all about growing up and learning it’s OK to depend on the important things in your life.

This one might be unfamiliar to those reading this list, but Tonto is truly one of the greatest cinematic cats of all time. The film its lead Art Carney an Oscar for his role as a widower forced out of his home who travels the country with his reliable feline friend. 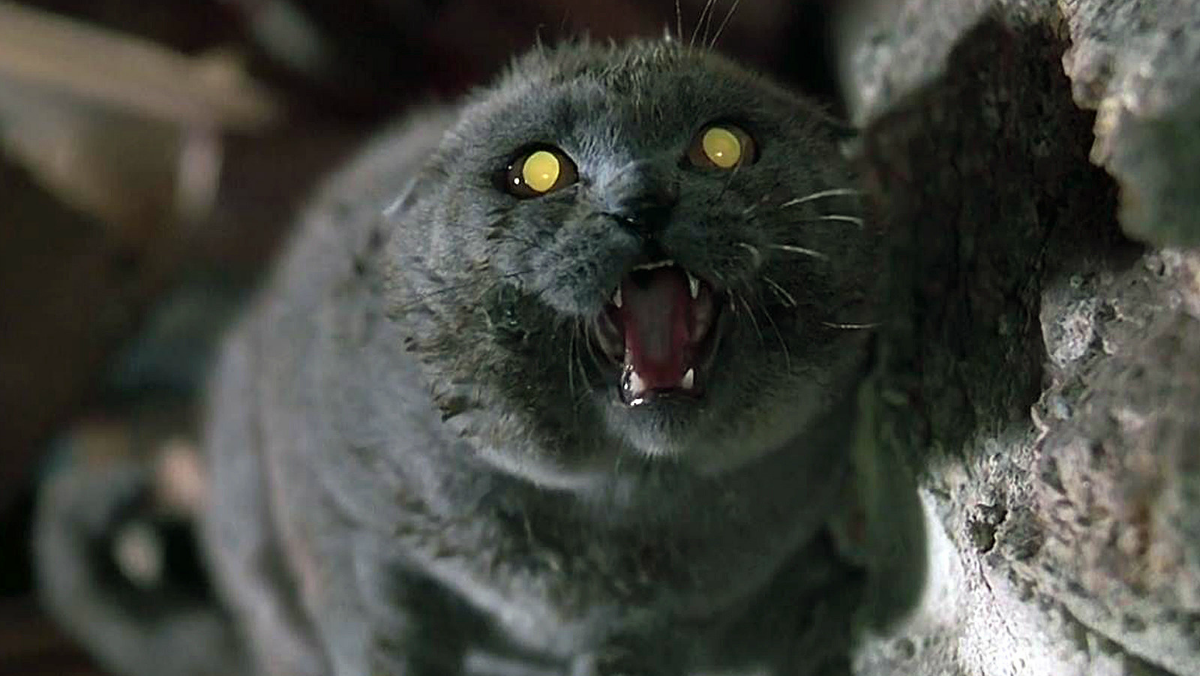 Poor Church. Named for Winston Churchill, he bites it pretty early into the movie and is reanimated as a zombie cat that screams madly at his owners and chillily forebodes an even worse tragedy to come. He’s great in the 1989, but we’re also looking forward to new Church in the upcoming remake.

The USCSS Nostromo’s cuddliest crew member, and one of the big survivors. Like Ripley, we can’t help but love this guy, who epitomizes cat loyalty and companionship in life’s hardest moments – like battling a giant space alien trapped on your ship home.

Thackery Binx is a teen boy trapped in the body of a black cat who helps a group of kids thwart a trio of witches. Binx rules.

2. The Gorfeins’ cat, Inside Llewyn Davis

Oscar Isaac famously hated working with the orange tabby in this Coen Brothers film, but that doesn’t hinder our love of the cat, who might be two cats, and who goes on an Odyssey-like journey with our eponymous lead as he cycles through depression and a failing music career. Cats are good at being there when you need them most.

1. Berlioz, Marie, and Toulouse, The Aristrocats

It’s hard to think of three more adorable little kittens in the whole world than the trio of cat siblings in Disney’s The Aristocats. The film boasts several beloved cat characters – we’re not forgetting Thomas O’Malley or Duchess – but we had to single out these little tykes, who are the movie’s heart and soul.