What You Need to Know About the Flerken in CAPTAIN MARVEL

Every superhero movie should have a cat. Scratch that. Every movie should have a cat. Captain Marvel‘s meeting that all-important requirement by including Carol Danvers’ adorable ginger feline companion, who was fully introduced in the latest trailer for the Marvel film after being teased in a poster. Nick Fury reacts as most people I know would to the kitty, cooing and calling it the cutest thing. He’s right, of course, but Captain Marvel’s cat isn’t a cat at all. It’s an alien known as a Flerken. 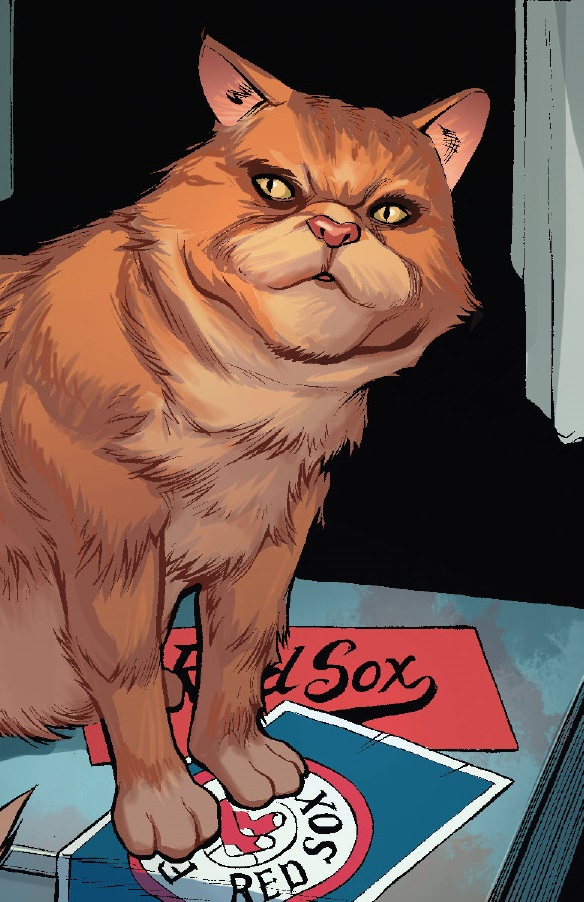 You’ve probably already figured this out, but Flerken are alien creatures resembling Earth’s house cats. You wouldn’t notice any differences between the appearance of your best feline friend and a Flerken, and for the most part, they act exactly the same. Of course, physiological differences do exist. Flerken lay eggs to produce offspring (they can drop over one hundred at a time) and have tentacles that extend from their mouths. And they have human-level intellect. Still think this kitty is super cute? Flerken are from the alternate reality Earth-58163.

What Powers Do Flerken Have? 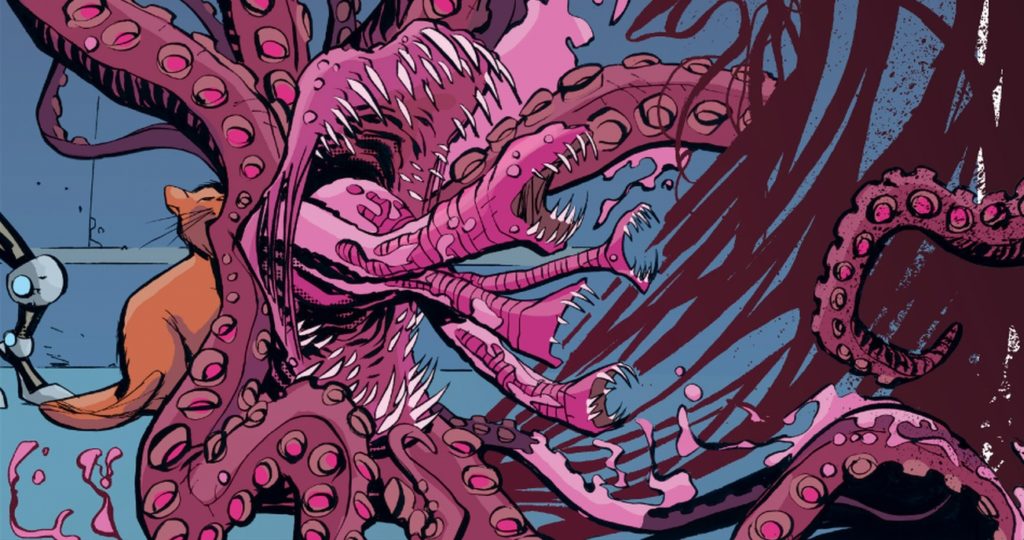 It’s really about looking inside the mouth with the Flerken. With your pet Fluffy’s mouth, you only have to worry about bacteria and the occasional nip. Flerken, however, have those tentacles I mentioned and lots of pointy teeth and also pocket dimensions.The tentacles, of which there can be many, can handle various items, a la an elephant’s trunk, and flail around in battle. Besides that, they’re very off-putting. You’ll find smaller tendrils at the heart of the tentacles; these sport multiple mouths with sharp fangs. Imagine the kind of damage this combination could inflict! Flerken could use these protrusions to attack many foes at once, meaning you really would prefer to have them as your ally than as your enemy.

Now, as for the their pocket dimensions: it’s believed the spaces exist in their mouths and bodies and are like bubbles Flerken can use to keep things safe–think of it like a bag of holding or Hermione’s magic purse in Harry Potter and the Deathly Hallows. The pocket dimension subspaces can be used as a transportation method, too, but the results are gross (as you can see in the above panel from Captain Marvel Vol. 8).

In the Captain Marvel comics, this ginger Flerken is called Chewie, so named after Chewbacca in Star Wars. The cat was introduced in Giant-Size Ms. Marvel #1. Carol thinks Chewie is a normal domesticated cat, but she eventually learns the truth about what Chewie is from Rocket Raccoon. They encountered Rocket when Carol took her pet with her when she headed out into space to explore the galaxy.Carol didn’t believe Rocket Raccoon’s claims, but then Chewie laid 117 eggs. Those eggs turned into 117 kittens. So, definitely a Flerken.

So far all we know about the Flerken in the Captain Marvel movie is that she’s named Goose (which is likely a reference to the Top Gun character played by Anthony Edwards). And I think Nick Fury should watch out. He said in Winter Soldier that he lost his eye the last time he trusted someone. If Goose has all the Flerken powers and anatomy from the comics, he could definitely take out an eyeball.

You can find Chewie in several issues of Captain Marvel by writer Kelly Sue DeConnick and artists Marcio Takara and David Lopez.