Last year Jack Black and Kyle Gass of Tenacious D visited with Jack White, in a partnership known by the perfect moniker “Jack Gray.” That meeting led to the release of a new Tenacious D song: “Don’t Blow It, Kage.” Jack White cameoed on, produced, and released the song under his Third Man Records label. The catchy, meta track features Black imploring Kyle not to blow his big shot in front of White.

It was exactly what we needed from the band. They’ve only put out four albums total since 2001. We’ll take every song from them we can get. But we can truly use their help getting through 2020, and they’ve delivered. They’ve released a “Stay-At-Home” music video for “Don’t Blow It, Kage,” and it’s intense, silly, funny, and totally rocks.

It’s  everything we love about the duo.

Warning: NSFW—including if you currently work at home and have small children around—language.

This video (which we first came across at Laughing Squid) features Black and Gass each performing from the safety of their own homes. But as other musicians have shown over the last few months, practicing social distancing doesn’t mean you can’t still jam together. And this music video is no different.

Directed by Sammy Black, the guys sound great. And even though they aren’t standing in the same room we can really feel Black’s dismay (then desperation) with Kyle. Of course, Jack White is right: that solo is awesome. 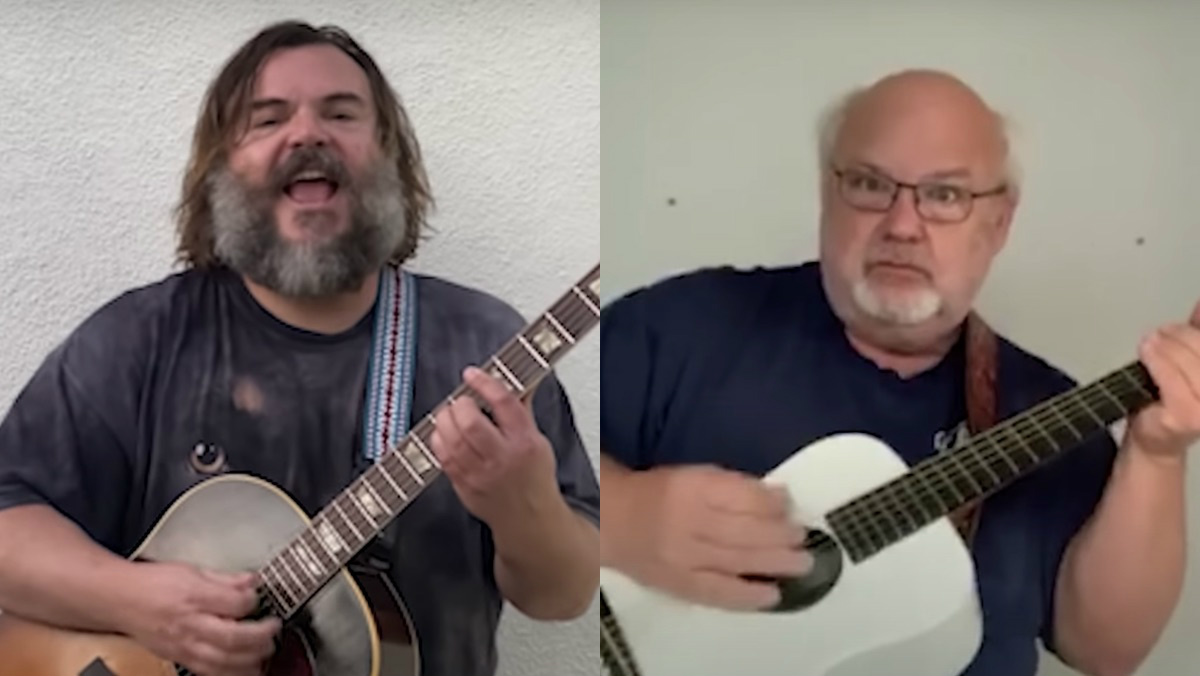 “Don’t Blow it, Kage” was originally released as a special, limited-edition 7-inch pressing. But it’s available to purchase on all digital platforms.

In the meantime, now that we know quarantine isn’t stopping them from playing together, maybe Tenacious D can make some progress on their next album.