You don’t need to be a music historian to know why it’s called “ techno” music. If that isn’t obvious enough, though, the “E” in EDM stands for electronic. But even then, all you have to do to understand why is listen to a song. Machines primarily make the sounds rather than people playing instruments. Or so we always thought. Turns out you can not only use traditional devices to make techno music, you can even use acoustic ones. Like one band who augments an electric sound with an array of regular instruments. Even ones you don’t plug in. All to produce techno music that will have any club dancing. And any concertgoer too.

The trio Klangphonics out of Berlin (who we first learned about at Laughing Squid) takes a lot of the technology out of techno music. The group replaces it with old-fashioned instruments. That can even include the kind that don’t plug into anything. But even when they do they’re still producing music that sounds like techno. So why the extra layer of difficulty? Why not just let the machines do most—if not all—of the hard work? Their stated goal is to “bridge the gap between producer and live band.” With a “very natural, organic sound” that still retains “the energy associated with deep house and melodic techno.” 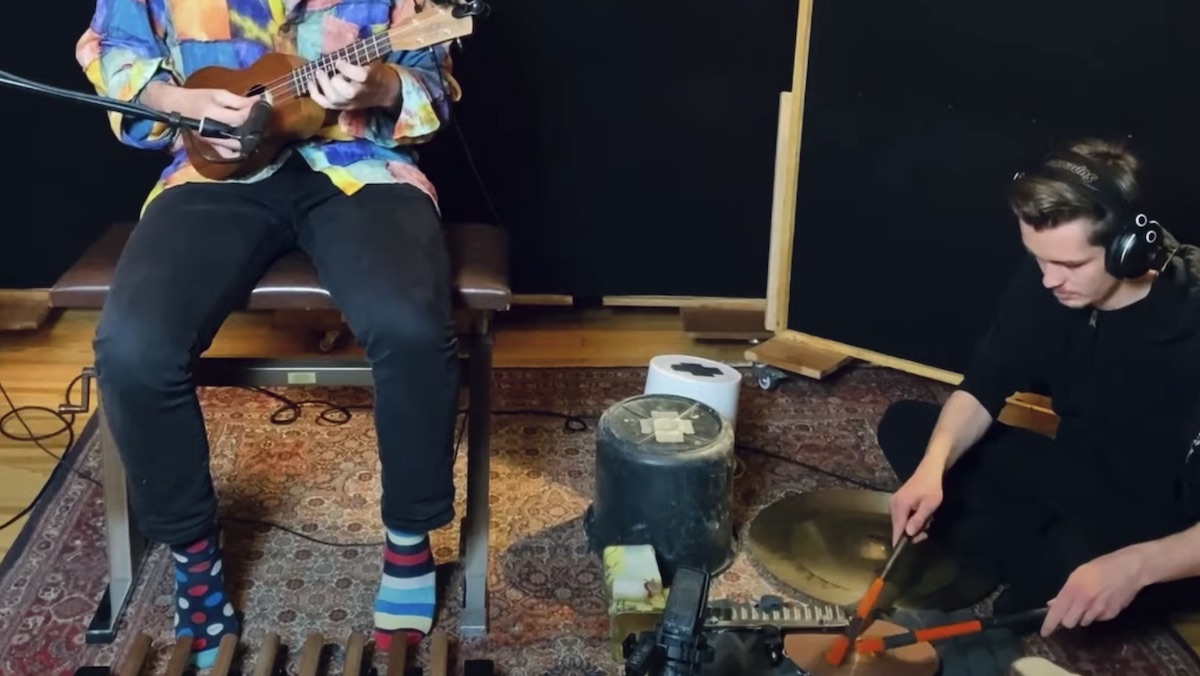 To make that happen they use drums and guitar. As well as a “diverse percussion” selection. They then “blend” those regular instruments—both acoustic and electric—with synths and sequencers. The result is music designed to not only work at the hottest dance club, but also onstage in concert.

If you didn’t watch these videos, or learn about how they make their music, you probably wouldn’t even know these songs use regular instruments. These tracks sound exactly like typical EDM tracks. They also sound great. We can’t stop bopping our head along to them. But so much for knowing exactly why it’s called techno.