Takashi Miike is one of the best directors working in cinema. He recently celebrated his hundredth film with the manga adaptation Blade of the Immortal, and this year he’s following that historical epic up with First Love, a fresh, frantic take on the Yakuza-centric crime stories that made him famous. To celebrate the film’s release, we chatted with Miike as he got ready to accept his lifetime achievement award at Fantastic Fest.

First Love feels like it’s a return to the Yakuza crime flicks that brought him both fame and notoriety in the world of cinema, but for Miike, the concept of genre isn’t something that he really concerns himself with. “[For] those of us who are working in making film, honestly, our take on filmmaking per se is not bound by genre,” Miike said. “I think we’re more focused on looking at the desire and the current contemporary emotion, like what the vibe is, instead of actually focusing on the genre. So these kinds of films⁠—including both Blade of the Immortal and First Love⁠—you could actually say that there really hasn’t been much progress in a way, that’s why instead of focusing on the modern day or the future, we’re still kind of looking at a version of humanity that hasn’t progressed much at all. It’s like humans have just never learned. From that perspective, making Blade of the Immortal and making this film felt very, very similar in that kind of way.”

At our request, the acclaimed director hand-picked five films that he thinks work as a perfect introduction to his new film First Love, spanning some of his most fantastic and notorious work, while also featuring some classic cinematic hits. 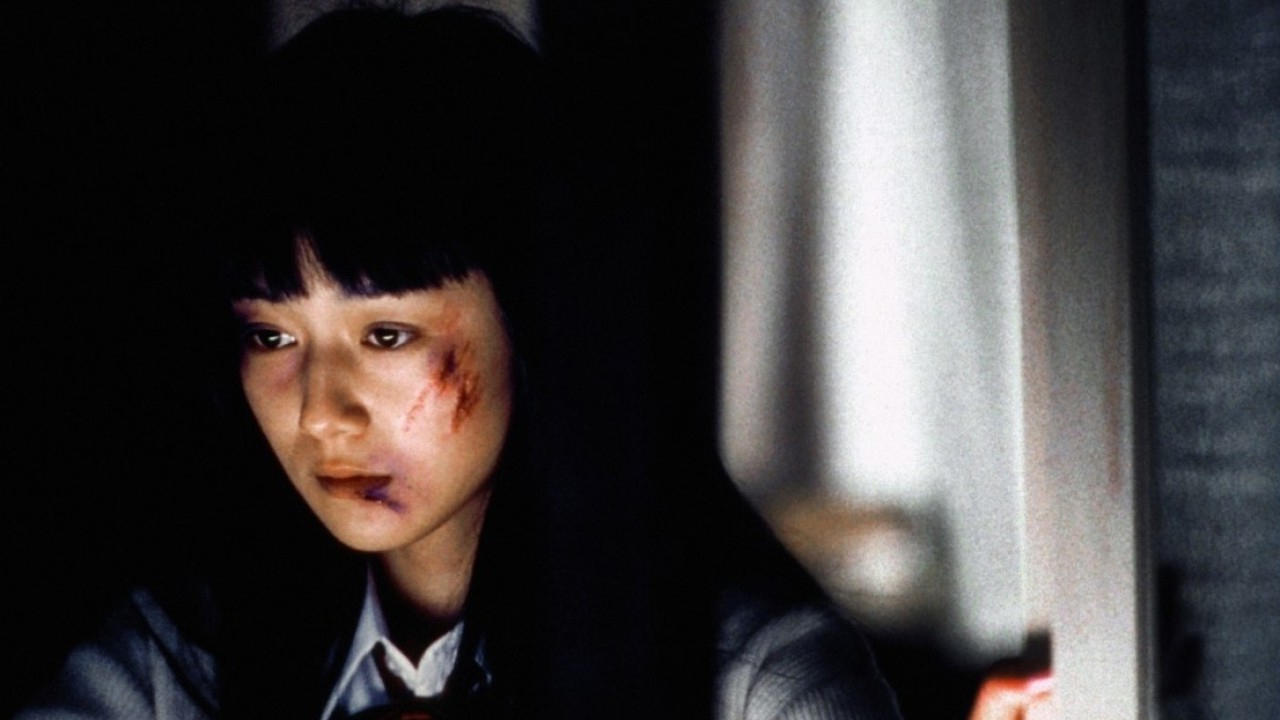 Miike recommended Visitor Q, one of his most controversial films, as his first choice because he felt it fit First Love’s themes of “family and love, and family love.” If you haven’t seen the surreal and strange sex comedy that dissects and subverts our idea of familial love, then it’s definitely worth a watch, as the titular visitor wreaks havoc on an already troubled home.

Though it may seem impossible for any director to view their work “objectively,” that is precisely Miike’s goal once a film is complete. “I’m involved in the process all the way from the script through filming, editing, music, and post-production,” he said. “I’m present in all of that so I think I know what kind of movie I’m making. But at the same time, it ends up always looking very different, it ends up being very different than what I thought it was going to be.”

He continued, “And this was particularly true in the case of First Love. The reason is because I think I know what it’s going to be going to look like, what it’s going to end up being, but once it gets to that stage where then being shown to fans and producers and sponsors and all of that, it’s been out of my hands and mind as a director. So I try to just change my mindset and start to see the film objectively.”

The Happiness of the Katakuris 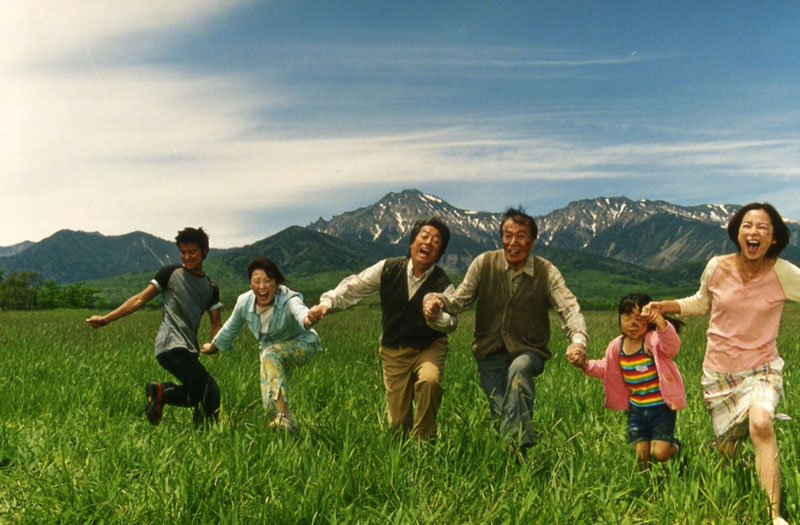 For “a different type of family love,” Miike suggests his musical murder comedy The Happiness of the Katakuris. Centering on a family who purchases a mountainside inn only to have all of their visitors turn up dead, this is a bleak yet hilarious look at the family unit that stands as one of the strangest genre offerings of the past few decades.

As his picks showcase, Miike is a director who loves to explore humanity in all its forms. Like First Love, many of his films delve into the violence that seems to be innate of humans. “I think we all really want something similar in terms of violence: we’d like violence to be gone…from our world,” Miike said. “We ultimately want to achieve this happiness, this unfettered happiness. And so that’s what many, many people hope for, that’s what they wish for. But the reason why I believe that we wish so ardently for that is that it will never really be achieved because we humans—the human-animal, if you will, is on this road that has a lot of despair, and you have to travel along that road all the way to hope.” 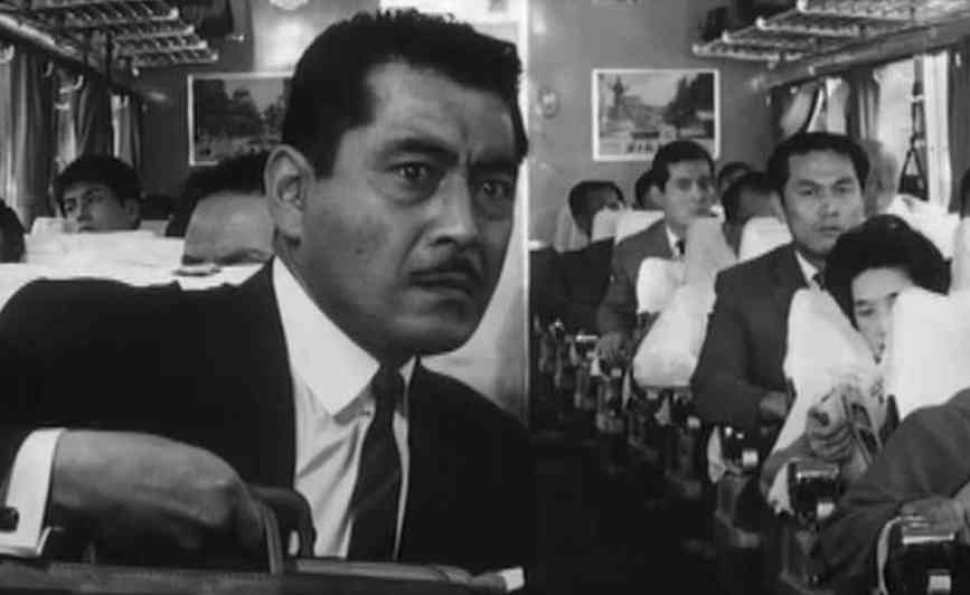 The first of Miike’s recommendations of another director’s work is Akira Kurosawa’s classic, a dark and searing crime thriller that focuses on the mistaken kidnapping of a child and the impact that it has those around him. High and Low is a great introduction to the cinematic tradition of crime stories in Japan. Plus, as Miike stated, “It’s a representative work of one of the Japanese greats.” 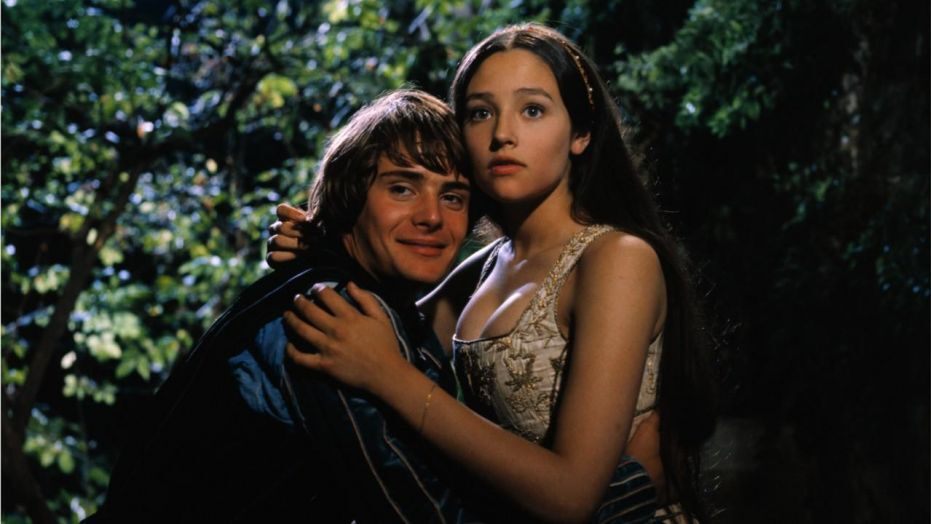 “If we’re talking about love then we’ll eventually get to romantic love,” which is what led Miike to select this classic 1968 adaptation of Shakespeare’s best-known tragedy. A fan of the actress who plays Juliet, Miike was keen to suggest this film which, like First Love, centers on two young lovers and their pursuit of happiness in spite of seemingly insurmountable odds.

For his final choice, Miike picked one of our faves of his filmography, which “is actually set in the same location as First Love, which is Kabuchiko, Tokyo. It also features a sort of love, but it’s more of a strange, and, you know, rather twisted love.” A darkly comedic tale of a troubled man who’s manipulated into torturing and harming Yakuza members, Ichi The Killer is known for its brutal and explicit violence and exploration of sadomasochistic relationships. It’s also brilliant!

Miike’s explorations of love and violence are often intertwined. “You have to travel through love, and there’s always going to be violence in the shadow of love,” the director said. “That’s because when you really love something or someone then you want to fight for it. Sometimes that desire for love will turn into violence. That’s kind of what has led to our terrible current condition where there is too much violence in the world. So, honestly, I feel like no matter what age we’re living in, even when my great-grandkids are grown up and making films, I bet they are probably still going to be making them about the same universal themes because we have just simply have not progressed.”

Summing up his understanding of his work, Miike said, “I don’t make a film to appease my sponsors or fans. But at the same time, it’s that strange sensation once you reach the film festival level. When I go and watch a film in a festival, in a room full of fans, the film takes on a new energy, a new light. It completely surpasses what I thought it was going to be in the first place. It has this energy added by all the laughter and reactions from the audience. That for me is what actually adds the finishing touches to the film. When I say that, I mean that it’s pretty much finished production wise, but the film is not truly finished yet because, strange as it is, once we get to that level it’s the reaction of the fans that decide whether the film is going to come alive and have a long life or whether it’s going to die. And that is something that I felt very, very strongly with First Love.”

First Love is out in cinemas now.