The Tail Company, a UK-based tech company aimed at developing the world’s “most lifelike, natural moving tail” for humans, has come out with the newest iteration of its product. The new tail—the “miTail”—is a bluetooth-enabled animatronic unit that comes in any desired style. The company even says it’s ready to ship units in August; a delivery timeframe that should make prospective buyers wag like a well-honed typewriter.

Laughing Squid picked up on The Tail Company’s new product line. Although, technically, the miTail is not yet a retail item, as its Kickstarter campaign is still ongoing. The campaign has already well surpassed its $4,200 funding goal, however. The company’s also been in the business of making tails since 2006, and completed a previous, successful Kickstarter campaign in 2012.

In regards to functionality, the miTail boasts a rump-wiggling bundle of features. The Tail Company says, for example, that wearers can use a phone app to control the tail’s level of excitement; from “calm and relaxed” up to “frustrated and tense.” Each level of excitement also has within it three or four of its built-in moves. Moves that include the Short Wag, the Happy Wag, and the Erect Tremble. 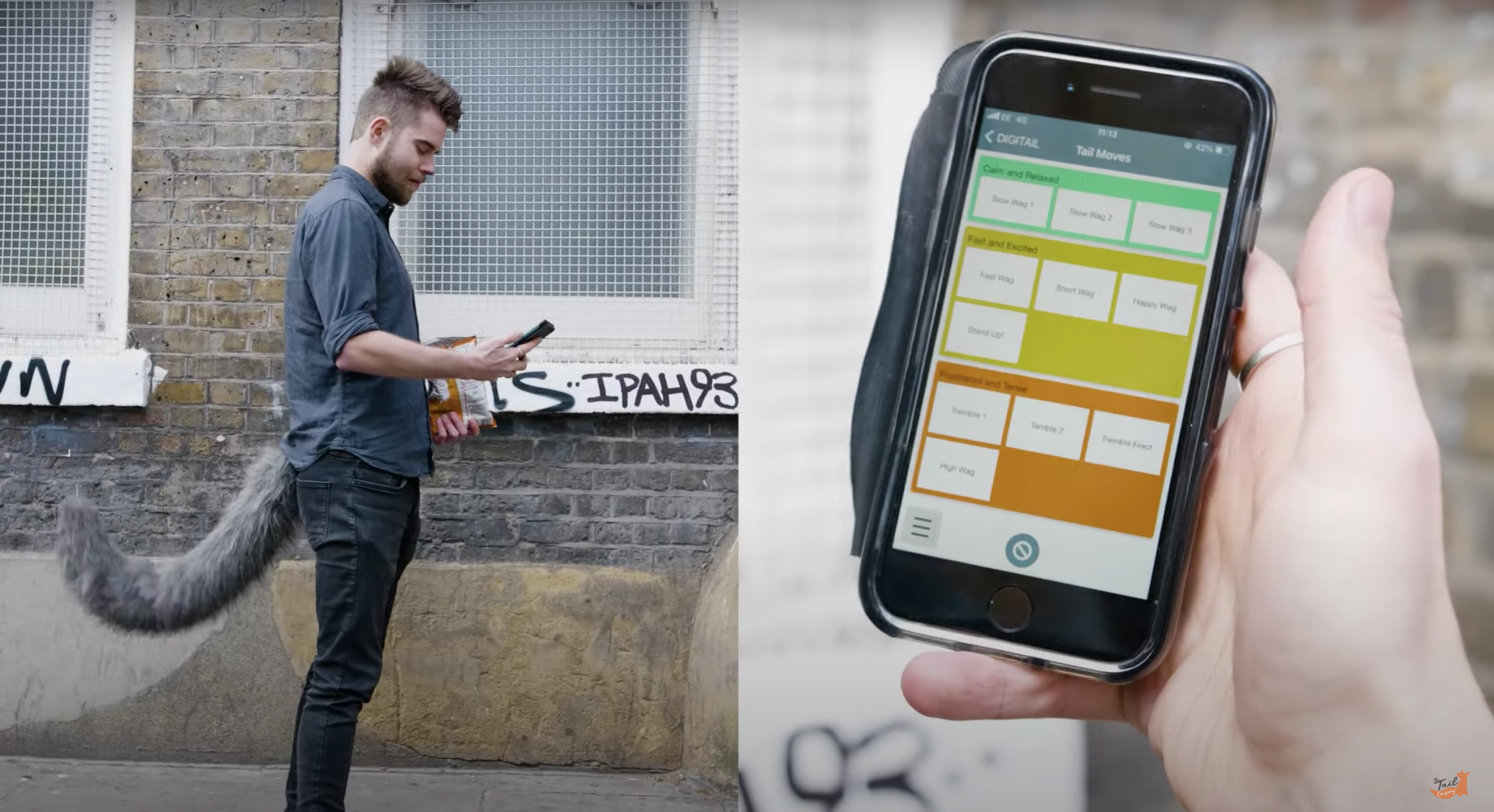 Wearers can also control their miTails via a “gestures” system. This system allows wearers to link miTail movements to different gestures; such as waving or jumping in the air. There’s also a walk mode, which allows wearers to forget about their phones and just have the tails wag when they walk.

Those who want to use a miTail to LARP, cosplay, or just plain stroll are looking at a $191 pledge for a “naked” unit; that is, a miTail without a cover. Although it’s only about $15 more for one with a cover. And if you’re going to spend nearly $200 on an animatronic tail, may as well keep it in pristine condition, right?