Unless you’ve been living under a rock—and we don’t blame you if you have been—you’ve probably seen a robot video from Boston Dynamics. The American robotics company has created some of the most impressive robots ever, including ones that can backflip, and help detect bombs. Now, for the holidays, Boston Dynamics is showing us how well its bots can dance. And yes, they are frighteningly good at shaking their shiny metal…bodies.

Boston Dynamics, which Hyundai Motors now owns, just posted the above video to its YouTube channel. The robotics company sporadically posts new, revelatory robot videos, and has done so around the holidays before; with a jangling, yet haunting quadrupedal-robot sleigh ride no less.

“Our whole crew got together to celebrate the start of what we hope will be a happier year,” the company says in the video’s caption. It adds that it wishes a happy new year for all of us. Although that may be problematic, with all of our minds now chock full of gyrating robot parts. 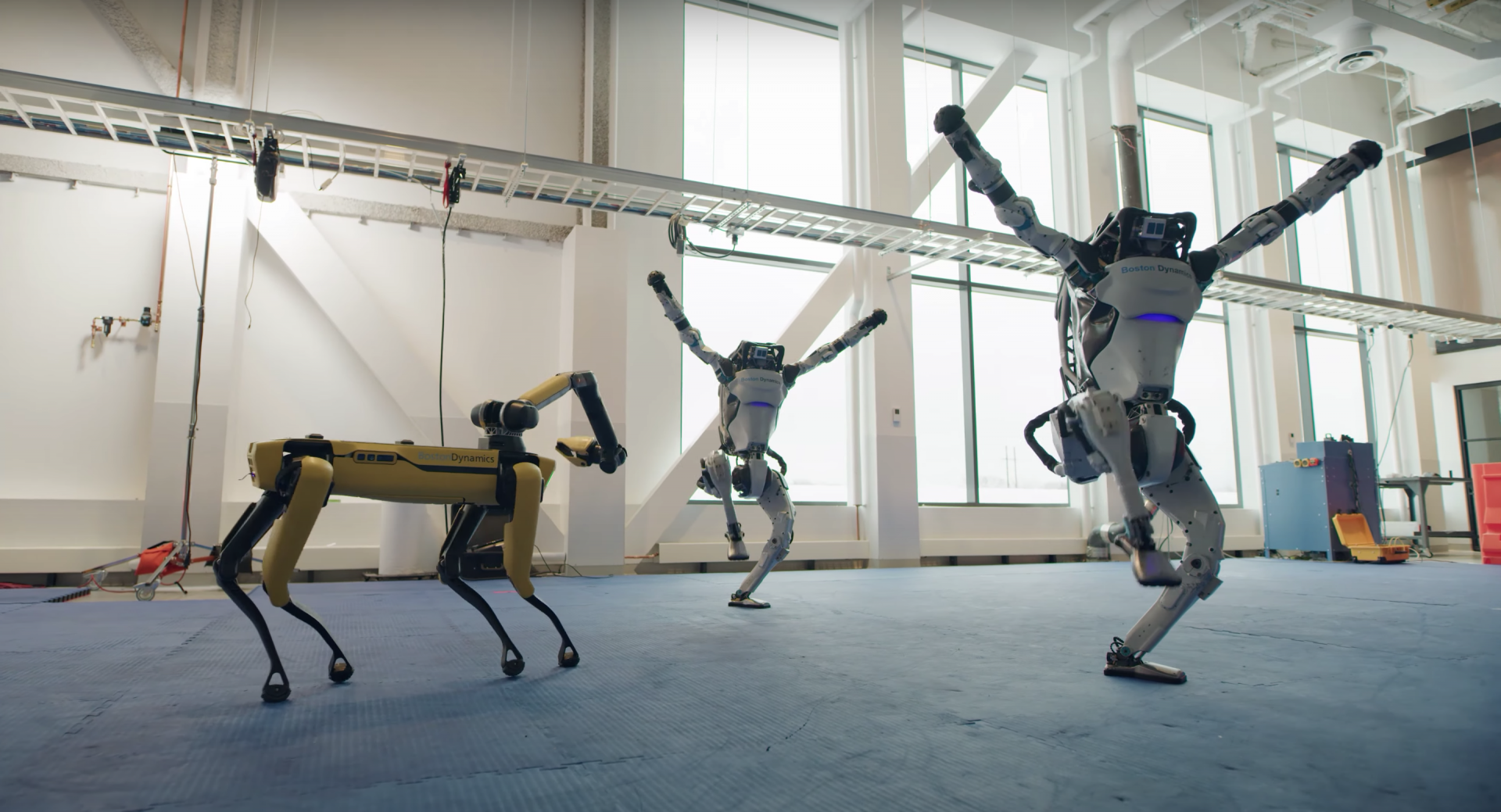 As for the dance number in the video, it’s flawless. At least, with all the video’s edits it is. The choreographed number is synced with the 1962 hit single “Do You Love Me” from the Contours; the bots’ moves are in a superimposed state of being both funky, and fresh.

Almost all of Boston Dynamics’ current robots are in the video as well, including Atlas, the humanoid robot; Spot, the dog-like bot with the long neck; and Handle, the robot on wheels with a cute, little suction-cup face. Pick, a box-picking robot that uses deep-learning to…pick boxes, is not in the show. Although that’s fair, as it doesn’t have legs or wheels.

We’re thrilled to be joining Hyundai Motor Group, a partner that shares our vision for the future of mobile robots like Spot, Handle, and Atlas. Read more: https://t.co/fWB9ZquDIh pic.twitter.com/5m1xJlKWMJ

As for how impressed and/or scared we should be of these slick robotic moves? Not at all. But also, a lot. Because on the one hand, we know that even a small patch of sand is enough to down a robot like Atlas easily. And that the robots had to be programmed to perform this show. But on the other hand, we’re going into 2021. And like a 365-day-long episode of Black Mirror, the year’s going to need its own nightmarish plot line! 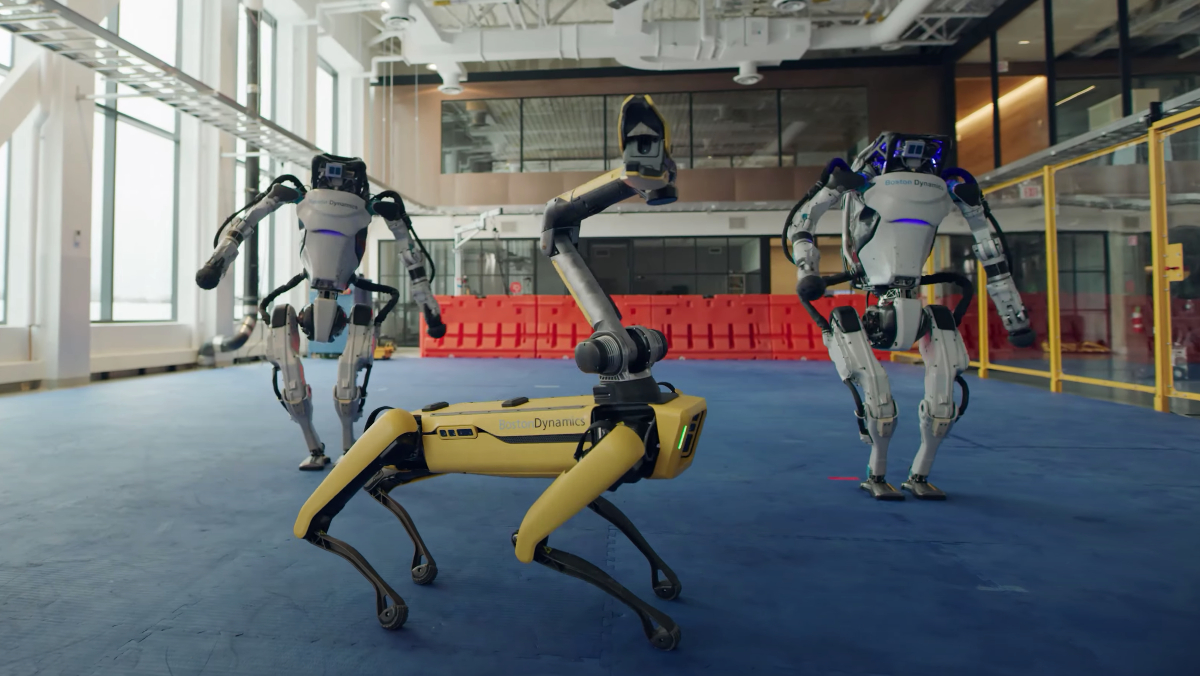