Last year, we brought you the story of one fantastic cosplayer by the name of Knightmage. For Halloween, they created an amazing cosplay tribute to the Ghostbusters library scene. Now, Knightmage returns with an even more elaborate cosplay celebration of the classic Mortal Kombat game. With the new Mortal Kombat movie dropping on April 23, it’s the perfect time to celebrate the original classic fighting game that made it all possible.

And finally, Andi Serpenti Cosplay gives us our Sonya Blade and Sindel. This is just a small taste of this extensive photoshoot, done by Blazek Photography. You can read Knightmage’s descriptions for making it all happen down below.

The American Midwest stands in for Earthrealm. “Mill Creek Metropark in Youngstown, Ohio made for a great backdrop for the battles. Several locations around the park were used.” This wooded area made for the perfect place to stage the showdown between Kano and Sonya Blade. 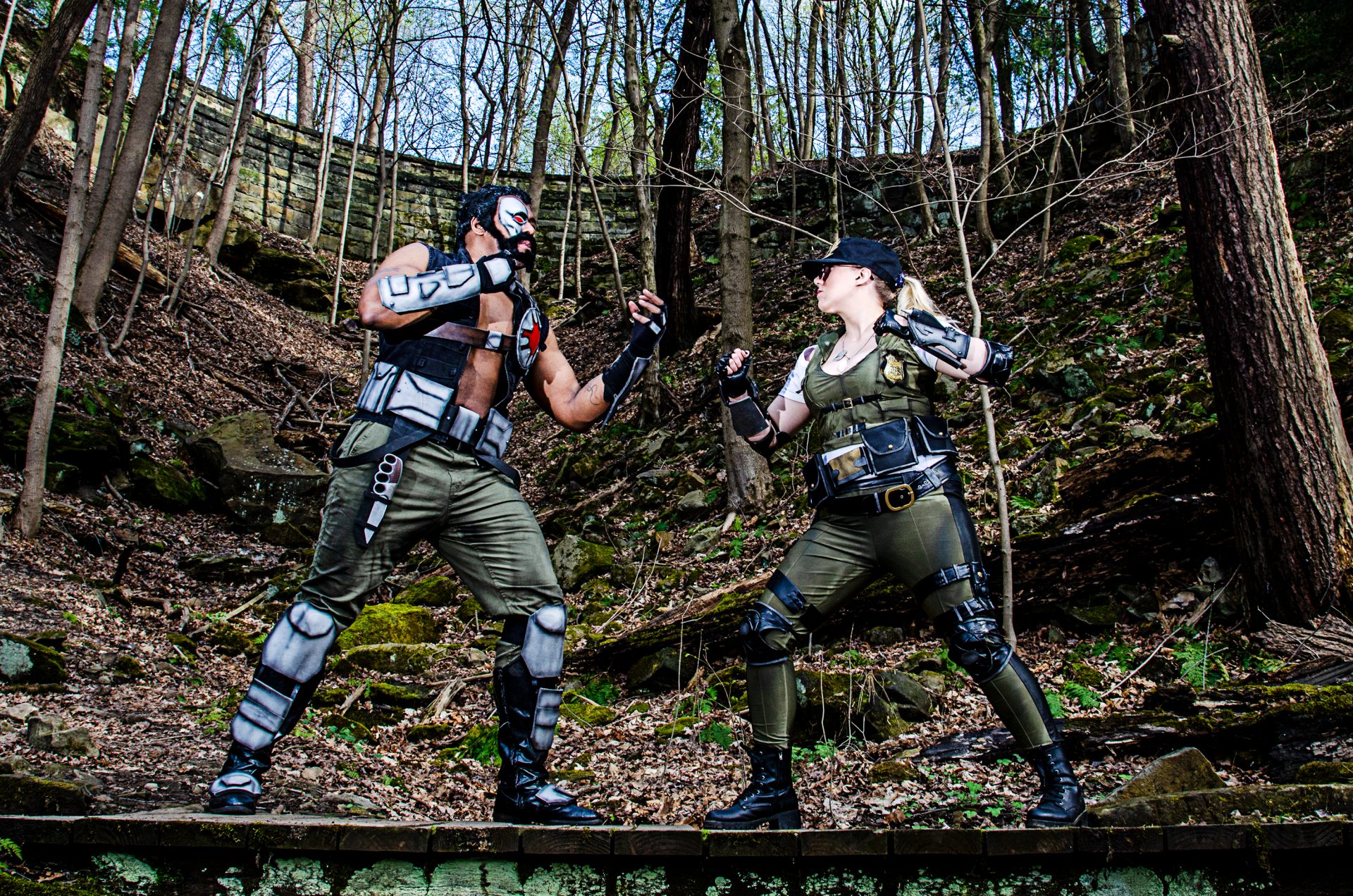 A shoot like this always faces obstacles. According to Knightmage, “Despite weather and equipment setbacks, this 18-character and 15-battle tournament photoshoot with only three cosplayers took just two days to complete.” Kitana and Sindel ultimately make it look easy. 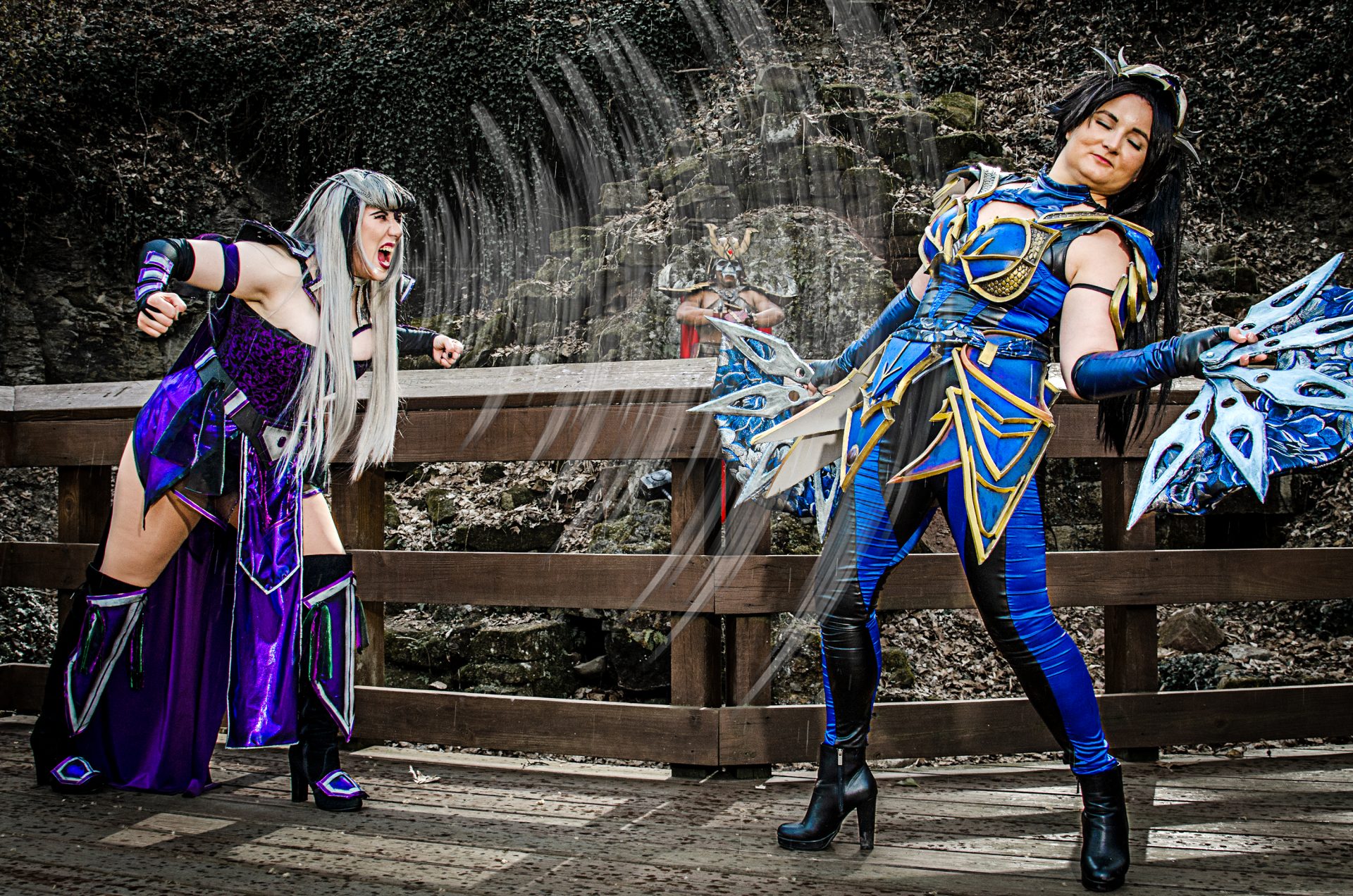 “It took Bebe Alkaid Cosplay roughly 120 hours to complete their characters for this photoshoot.” Down below, Bebe Alkaid as Jade takes on Knightmage as Sub Zero. 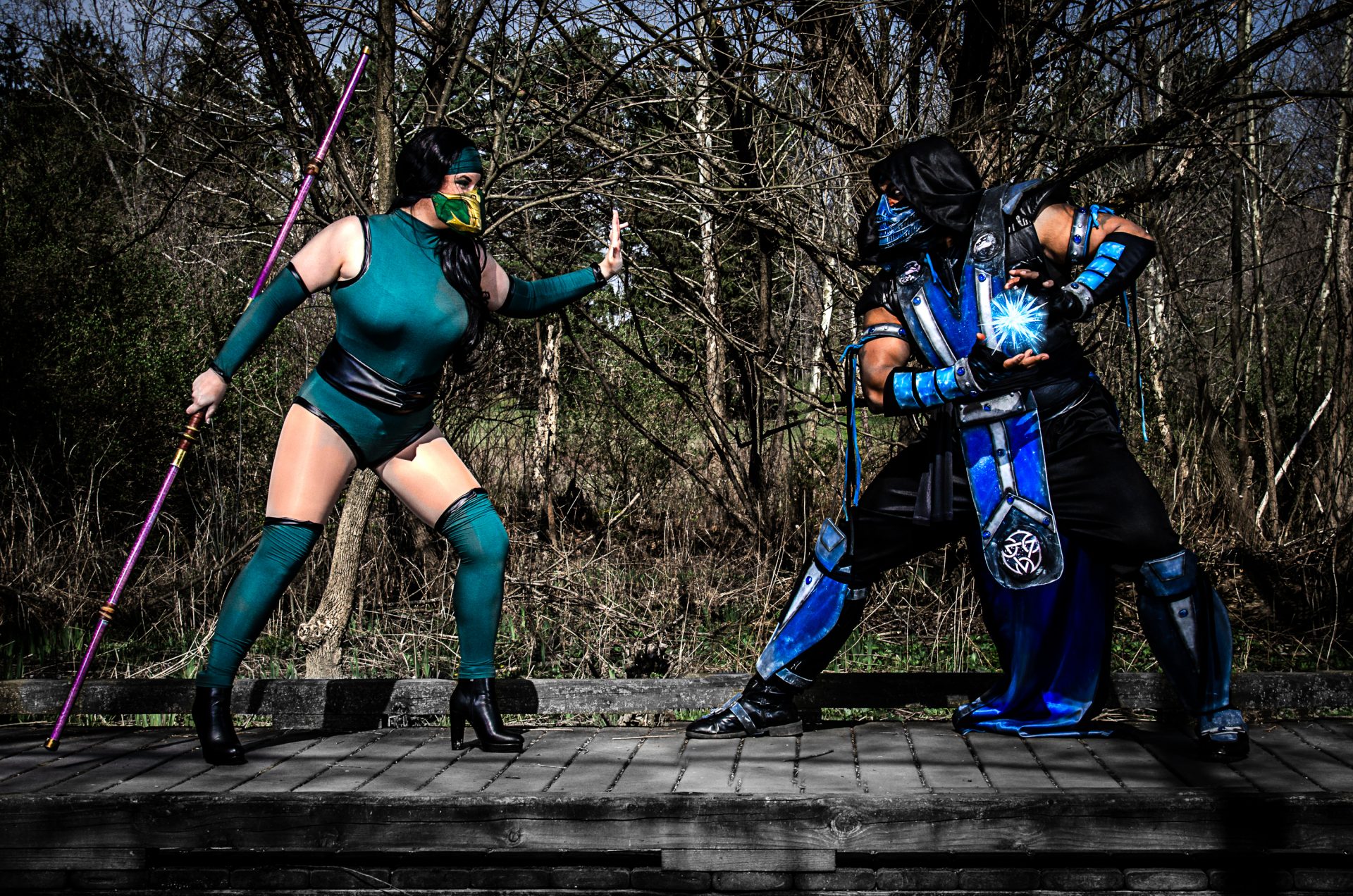 “The photoshoot consists of 45 photos and an intro video for each combatant.” Here, Knightmage appears as Liu Kang. And he’s fully ready to render Kitana powerless. 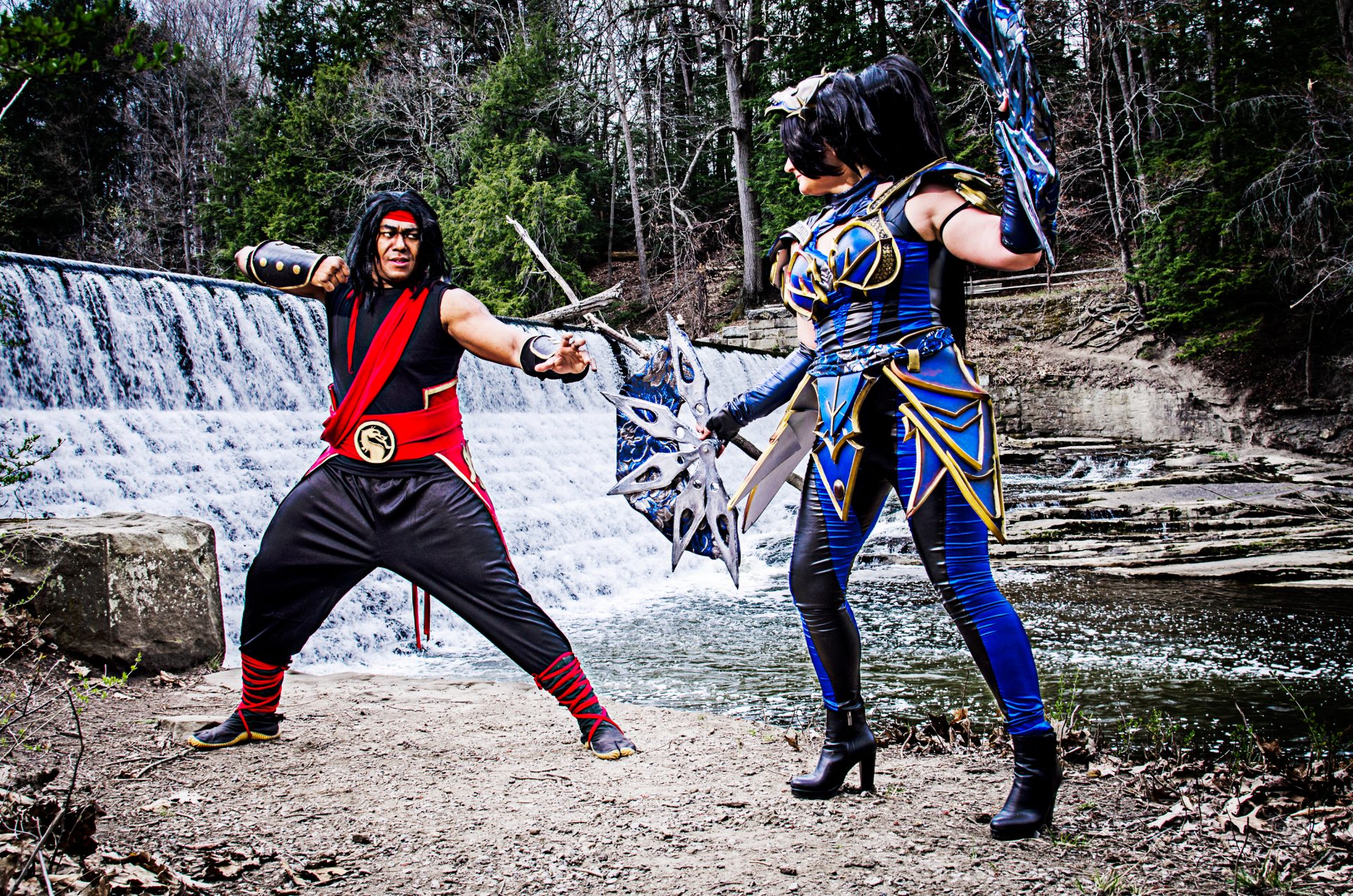 “The fate of Earthrealm and the rightful ruler of Outworld comes down to Kitana and Shao Kahn.” Doesn’t it always? 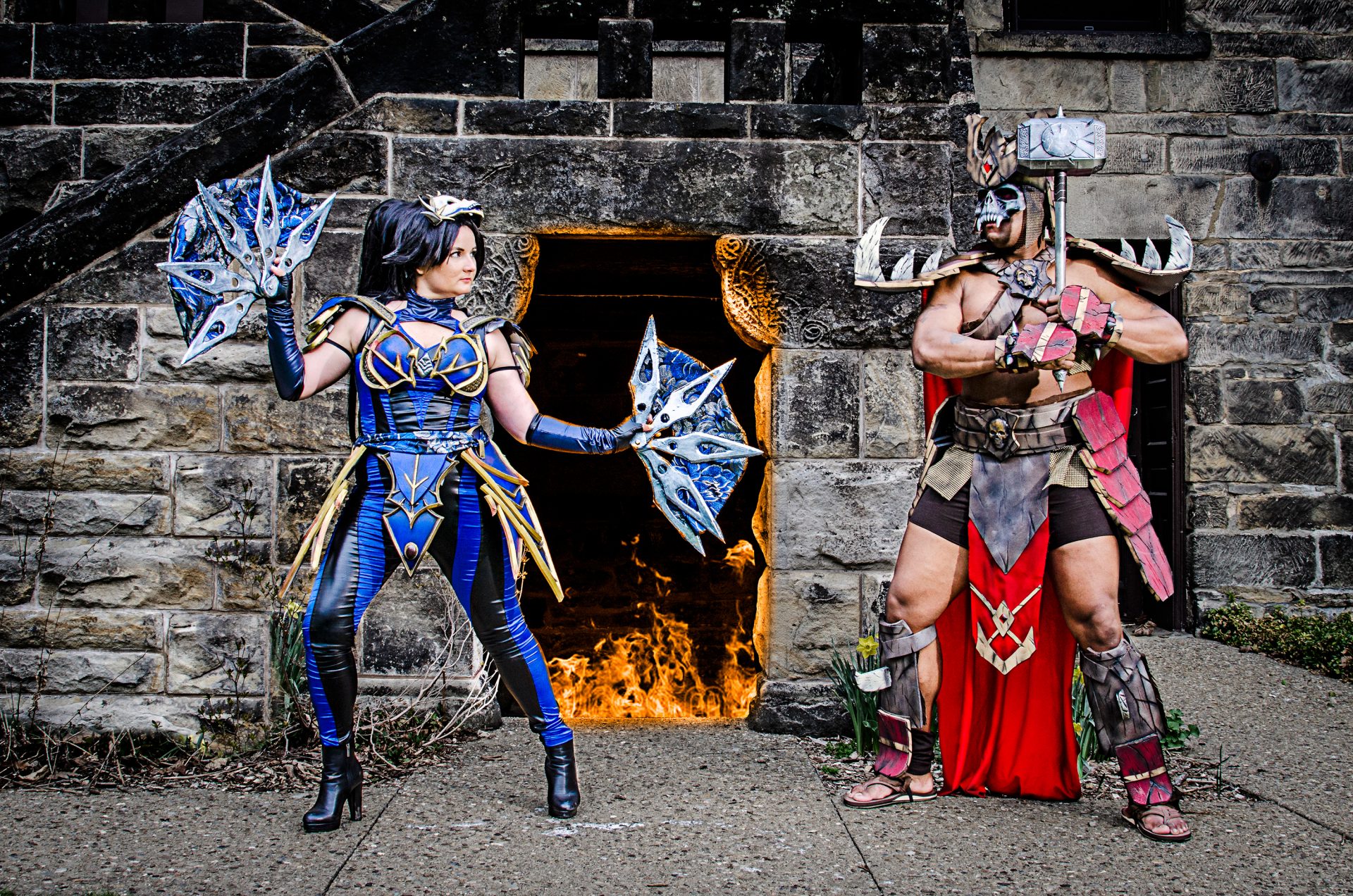 For the entire gallery of  Mortal Kombat Tournament photos, be sure to click here.