GOOD OMENS Brings the “Garden of Earthly Delights” to SXSW

We’re just a few months shy of the debut of Amazon Prime’s Good Omens and promotion is starting to ramp up. Our first big glimpse at the show, based on the beloved Neil Gaiman and Terry Pratchett fantasy novel, will be happening in just two weeks at the SXSW festival in Austin.

Amazon is planning a series of events to promote the show, including a walk through of the Garden of Earthly Delights, an interactive feature that transports guests into the world of the book. Fans will enter through a massive winged hourglass on Driskel Street and into a space surrounded by lush foliage, where they will be greeted by angels and demons. The free event will also offer guests a selection of beer and wine served from a massive 20-foot tree, relaxing lounges where they can receive manicures and hairstyling, a pop-up bookshop, and a Hellhound Puppy Pen filled with furry friends from the Austin Animal Center.

The Garden of Earthly Delights will also host a series of parties over the course of the opening weekend starting March 8, like an Entertainment Weekly party featuring a Queen cover band and a BuzzFeed party featuring musician Dan Deacon and a DJ set from Questlove. 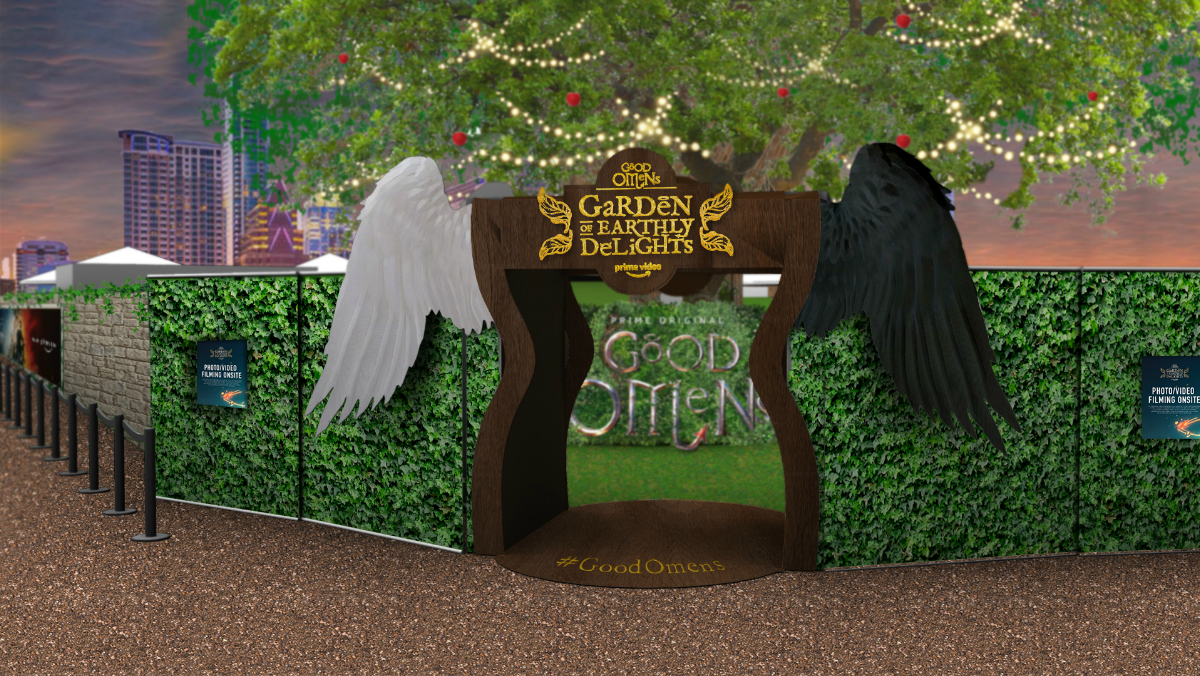 But that’s not all the Good Omens-themed goodness Amazon has planned for SXSW. Guests can also attend a conversation with author Neil Gaiman, who is also executive producing the series, as well as Good Omens: The Nice and Accurate SXSW Event, where the cast and crew will share never-before-seen clips from the series, followed by a Q&A. Gaiman and director Douglas Mackinnon will be in attendance, along with stars David Tennant, Michael Sheen, and Jon Hamm.

If you’re a Good Omens fan who will be in Austin this March, you’re in luck! Tickets are still available for SXSW on the official website. The event begins March 8, and the Garden of Earthly Delights is open March 9 to 11.