Although supernovae are energetic outward explosions of stars, at least one type of stellar annihilation results in a “reverse shock wave” after its initial blast. In a new study, a team of astronomers using NASA’s Chandra X-ray Observatory, as well as other telescopes, took a look at the aftermath of one of these reverse shock waves. Observing the X-ray light coming from the elements leftover from the star’s jumbo kaboom! thanks to the shock wave’s energy. 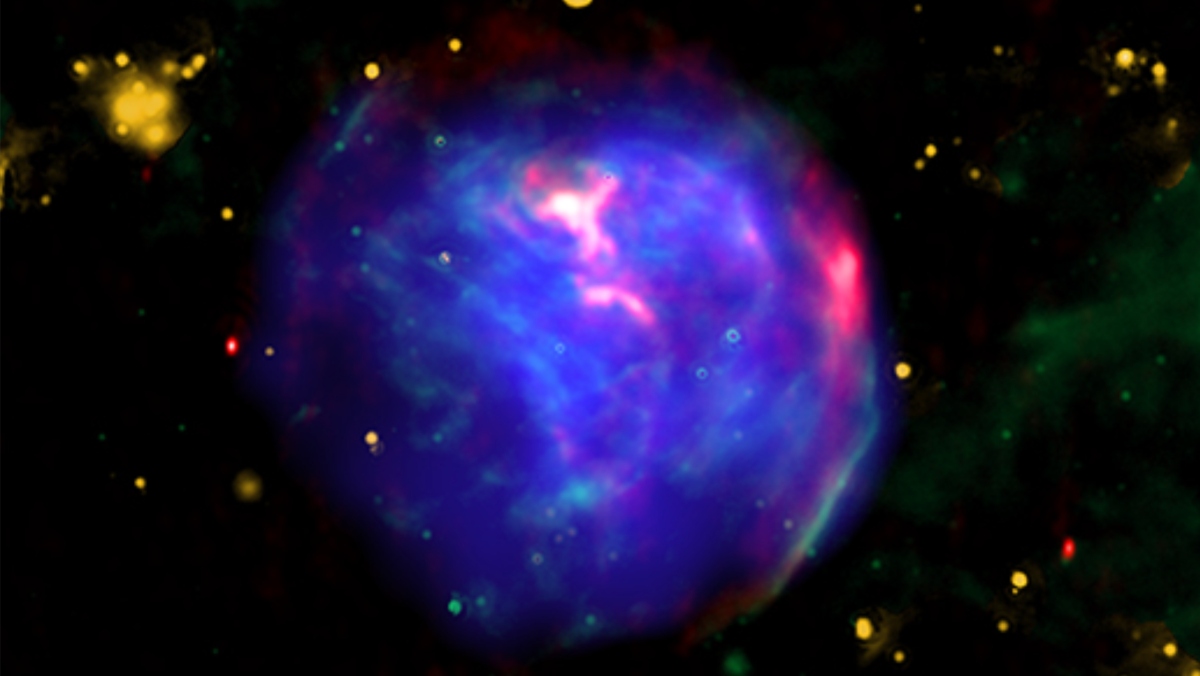 As the team of astronomers reports in The Astrophysical Journal, it aimed to study light coming from the elemental remains of the supernova remnant, G344.7-0.1. As Chandra notes, a Type 1a supernova is responsible for the remnant, which is approximately 19,600 light-years from Earth.

The astronomers selected G344.7-0.1 as their focus because it’s a Type 1a that’s already had its reverse shockwave reach its core. G344.7-0.1 is about 3,000 to 6,000 years old in Earth’s time frame; meaning it first made an appearance from our vantage point on Earth that many years ago. Conversely, the other Type 1a supernovae many astronomers have observed, including Kepler, Tycho, and SN 1006 (all in the image at bottom), all appeared from our point of view on Earth only within the last thousand years or so; making the latter stellar remnants younger from our point of view, and having incomplete reverse shockwaves. 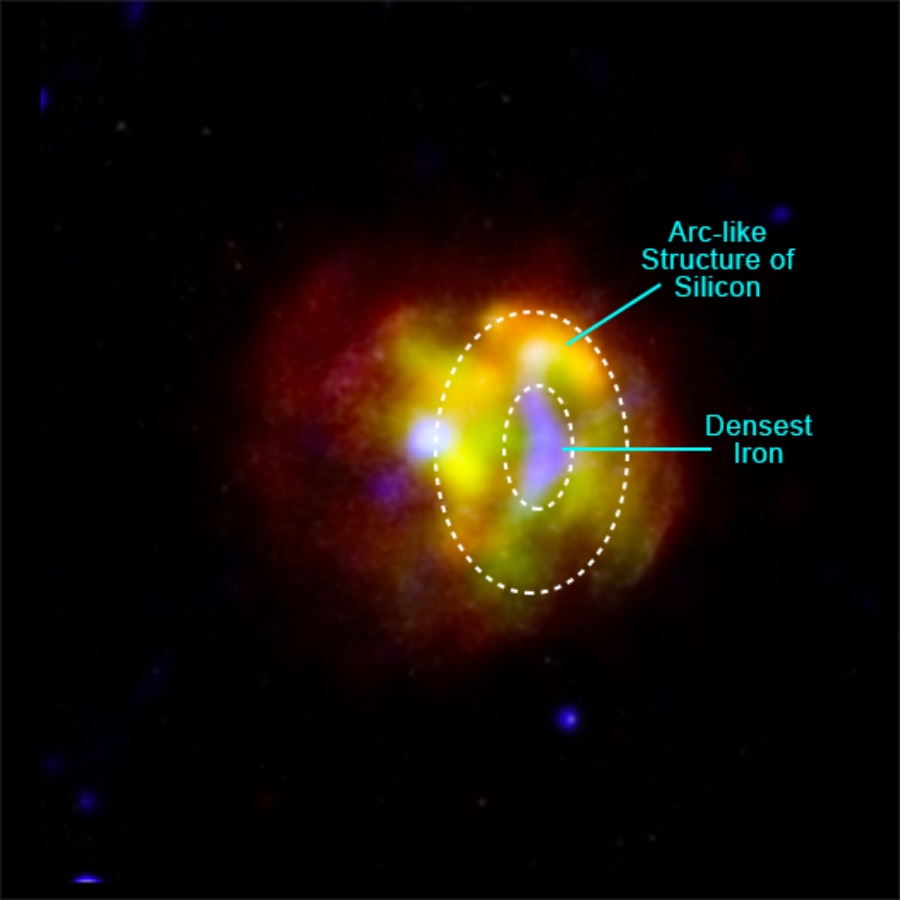 As the Chandra video above shows, G344.7-0.1 was originally a stable white dwarf star; one that had captured a companion star thanks to its immense gravitational pull. After slurping off matter from its companion star, however, G344.7-0.1’s original white dwarf became unstably massive and went supernova. After exploding outward, the supernova left behind new, heavy elements such as iron and silicon. The debris from the explosion also encountered resistance from surrounding gas, in turn creating the reverse shock wave. (Chandra likens this process to a traffic jam where the debris are the “cars” that back up in the reverse direction of the jam.) 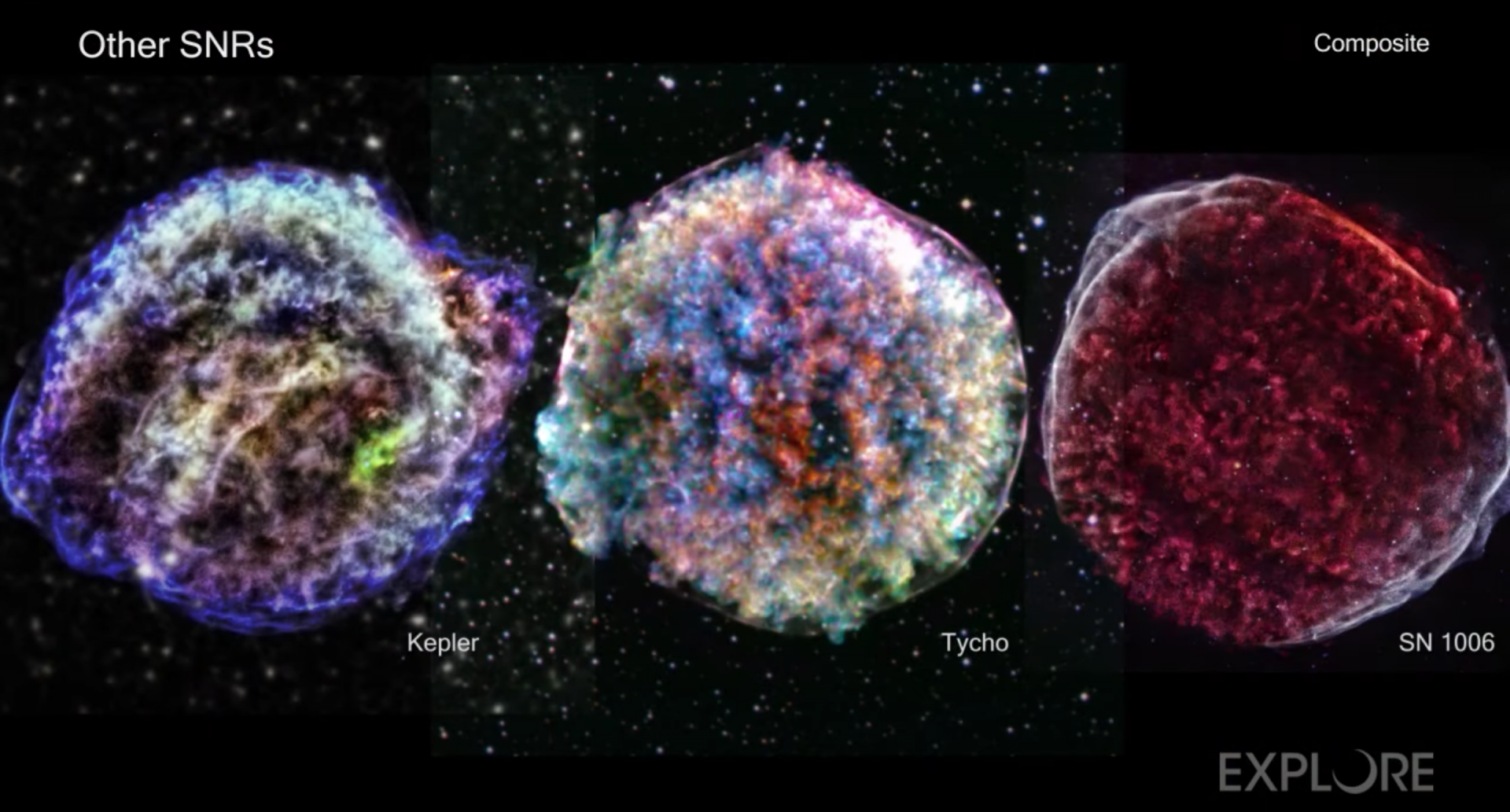 As for what the astronomers observed exactly? They captured G344.7-0.1 in three different bands of the electromagnetic spectrum— including X-ray, infrared, and radio—and found a relatively dense center of iron atoms surrounded by “arc-like” structures containing silicon atoms. A false-color composite image of all three is at top and it’s mesmerizing. And to think: we’re getting this glimpse of G344.7-0.1 because that reverse shock wave energized its elemental remains. A phenomenon that seemingly foreshadows what can eventually happen to starstuff if the conditions are right.