Latest NASA Panorama of the Milky Way’s Core Is Glorious

Many of the space observatories orbiting Earth are constantly snapping images of our own Milky Way galaxy. Images that consist of inbound light from space, of all different frequencies and spots on the electromagnetic spectrum. The latest panorama from NASA’s Chandra X-ray Observatory, however, is something extra special. It’s a composite view that includes both high-energy X-ray images and radio-wave images. And it is glorious even by cosmic standards. 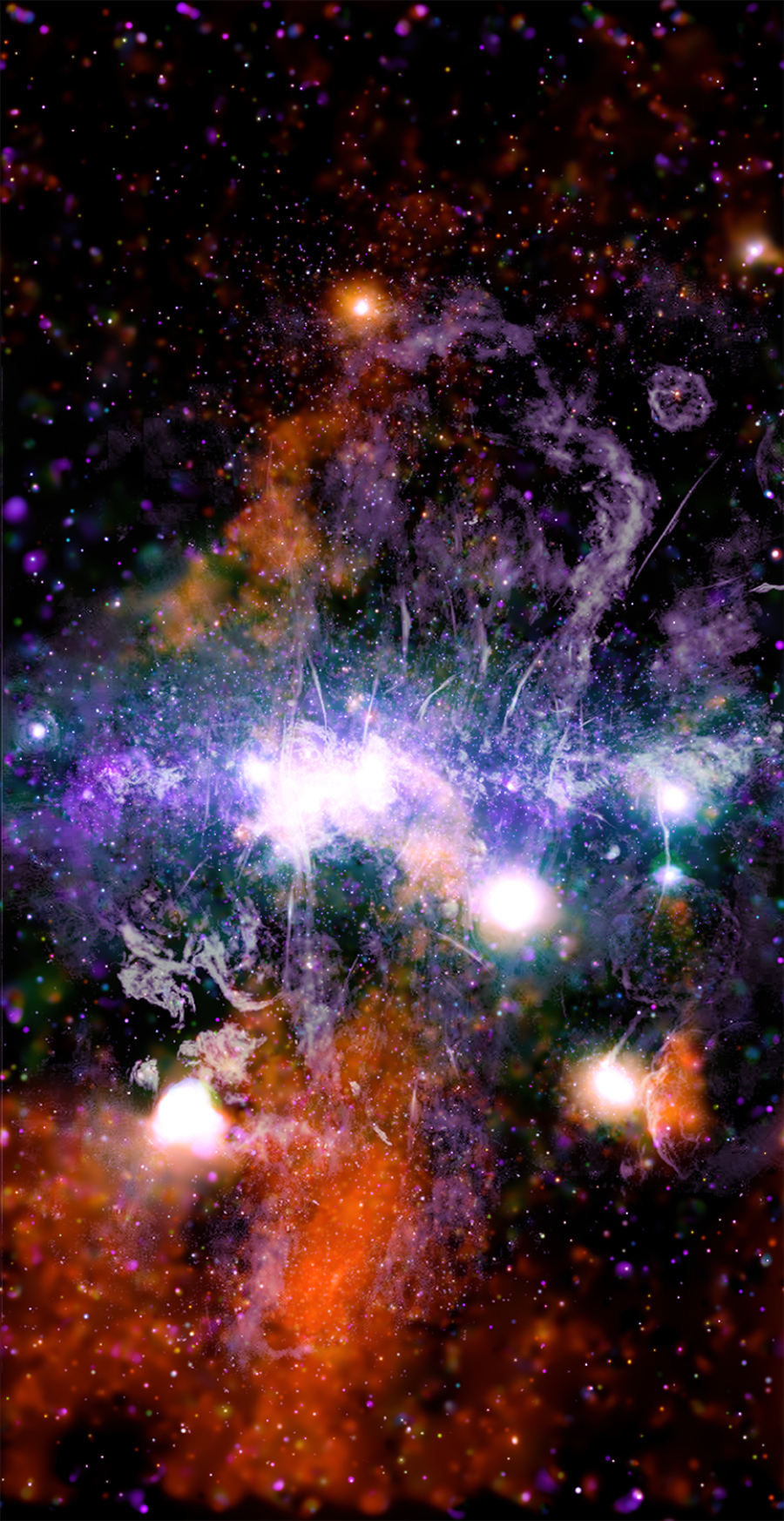 NASA released the composite image of the Milky Way’s galactic core in late May of this year. The panorama, immediately below, combines X-ray images from Chandra along with radio-wave data from the MeerKAT radio telescope.

The images, which NASA has colorized so that the lightwaves are visible to the human eye, glimpse an especially wide view that takes into account high-energy lightwaves coming from farther above and below the galaxy’s plane than before. The galaxy’s plane is the disk of matter where most of its stars reside and usually consists of both a gas, and a stellar, component.

As NASA outlines in the explainer immediately above, the image is “intricate to the eye” and “contains a wealth of scientific information” to explore. For example, there are long, narrow bands of X-rays, which researchers call “threads,” in the image. One such thread runs perpendicular to the Milky Way’s plane, and is about 20 light-years long. But only one percent of that distance wide. (Researchers presume the threads formed from colliding magnetic fields that became twisted around each other; a phenomenon that drives energetic particles away from the Sun and generates intense space weather.)

Along with the cosmic threads, NASA says the new panorama reveals other “wonders” of the Galactic Center. There are large plumes of hot gas, for example, which extend for roughly 700 light-years above and below the galaxy’s plane. The space agency says that supernova explosions, as well as magnetic reconnections, are responsible for heating the plumes. Of course there’s the supermassive black hole at the center of the galaxy too, which helps to keep things moving along. 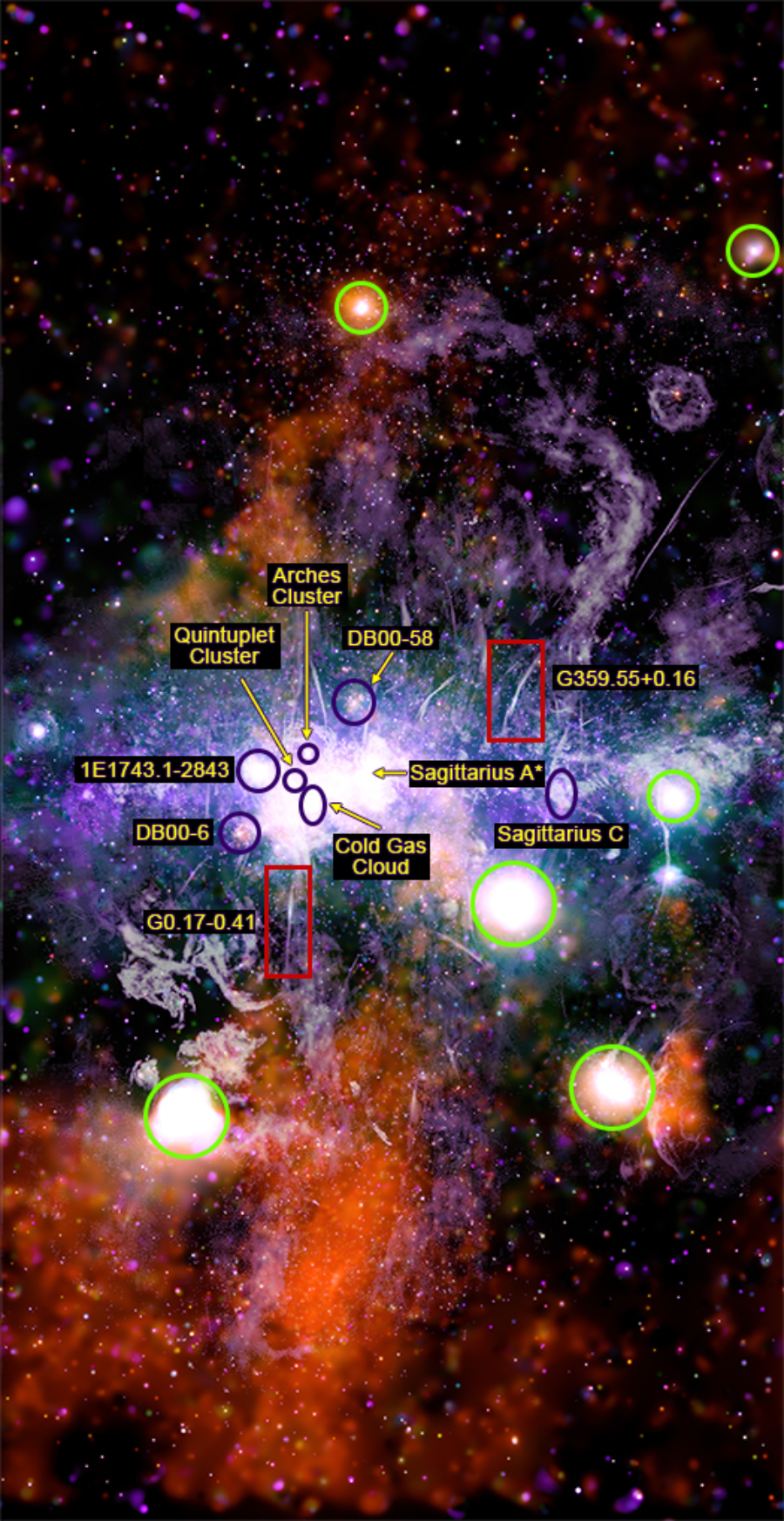