We Finally Have Evidence of a New Type of Supernova - Nerdist

We Finally Have Evidence of a New Type of Supernova

To date, there’s only sufficiently robust evidence for the existence of two classes of supernovae—that is, star explosions. But there have been plenty of signs that there are likely other types in the universe. In 2019, for example, a team of astronomers at the European Space Agency discovered what they say is a new type of ultra-powerful “pair instability” supernova. Now, a team of researchers led by UC Santa Barbara scientists says it’s discovered yet another type of supernova. A full 40 years after astrophysicists first theorized its existence! 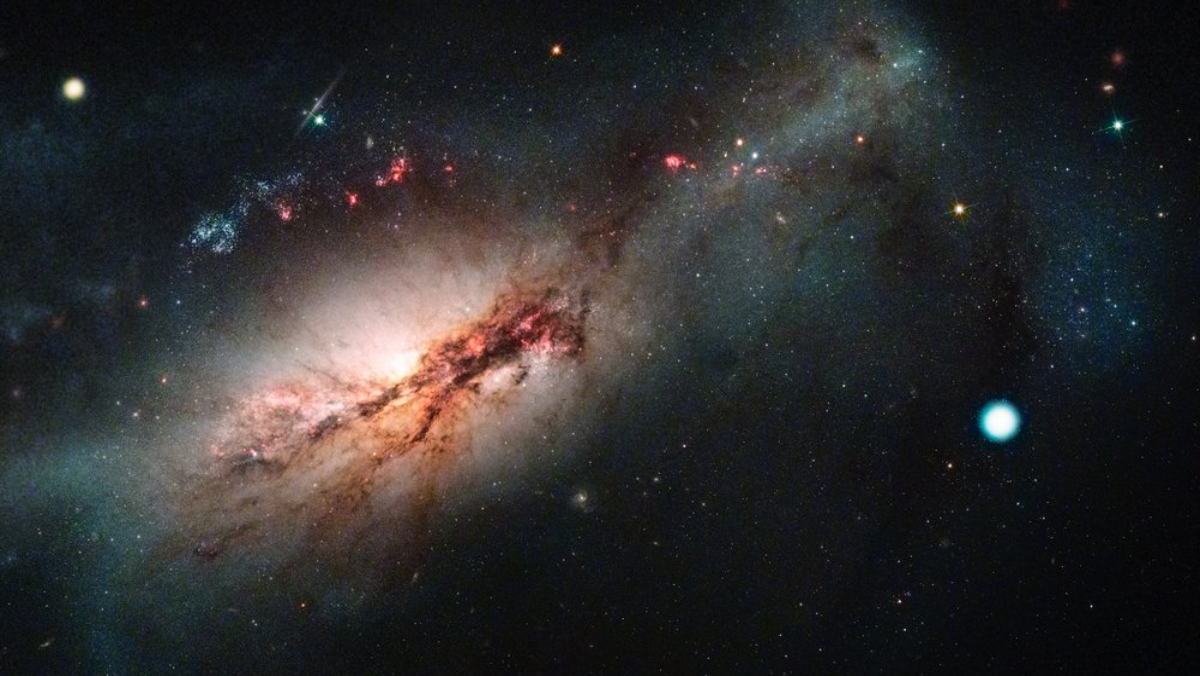 Smithsonian magazine picked up on the new stellar discovery, which UCSB astrophysicist Daichi Hiramatsu and his colleagues reported in Nature Astronomy. Hiramatsu and his team say they’ve found evidence of the elusive third type of supernova, which is of the theoretical “electron-capture” type. The supernova in question exists in NGC 2146, a galaxy that’s only 31 million light-years away.

As a core member of the Global Supernova Project, Hiramatsu was aware of a supernova by the sultry name SN 2018zd, as well as its many “unusual” characteristics. Astronomers detected the wildly bright SN 2018zd in 2018. The image above shows a visualization of NGC 2146 and the supernova. The one below is a real image of the galaxy and starburst. 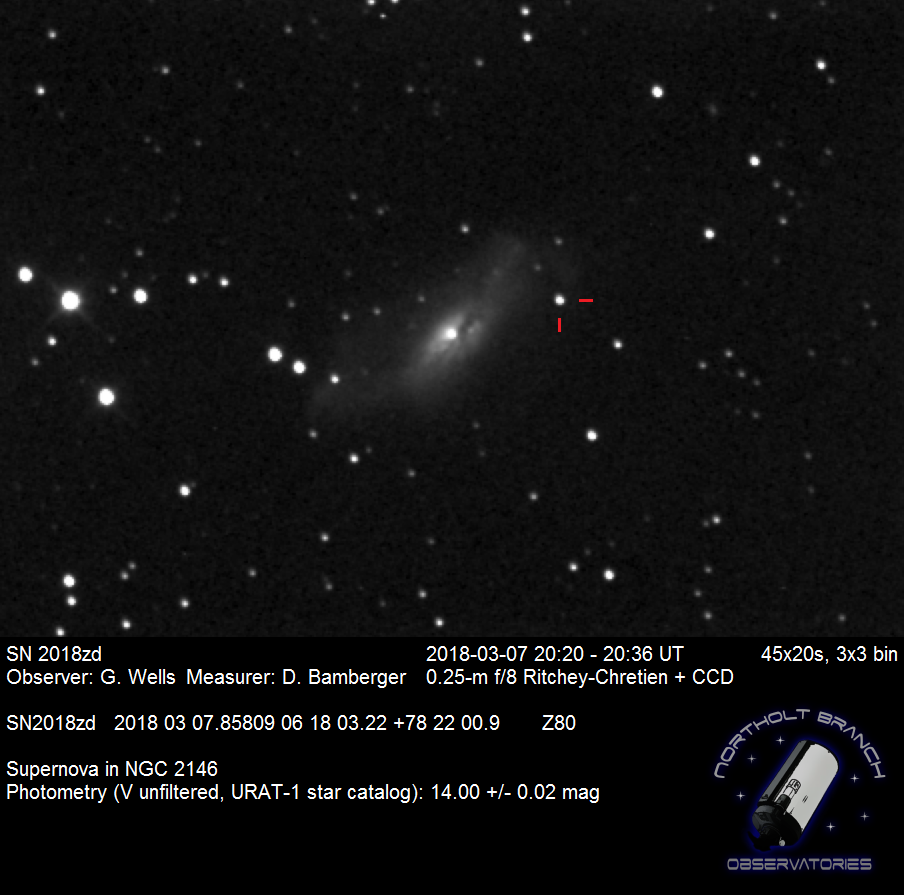 “We started by asking ‘what’s this weirdo?'” Hiramatsu said in a press release. “Then we examined every aspect of [the supernova] and realized that all of them can be explained in the electron-capture scenario.”

Historically, astrophysicists have divided the two supernova types into thermonuclear ones and “iron core-collapse” ones. A thermonuclear supernova arises from the explosion of a white dwarf star; an “iron core-collapse” supernova arises from a star—with an iron core—that’s run out of “nuclear fuel” and collapsed in on itself. (Subsequently exploding into either a black hole or neutron star.) 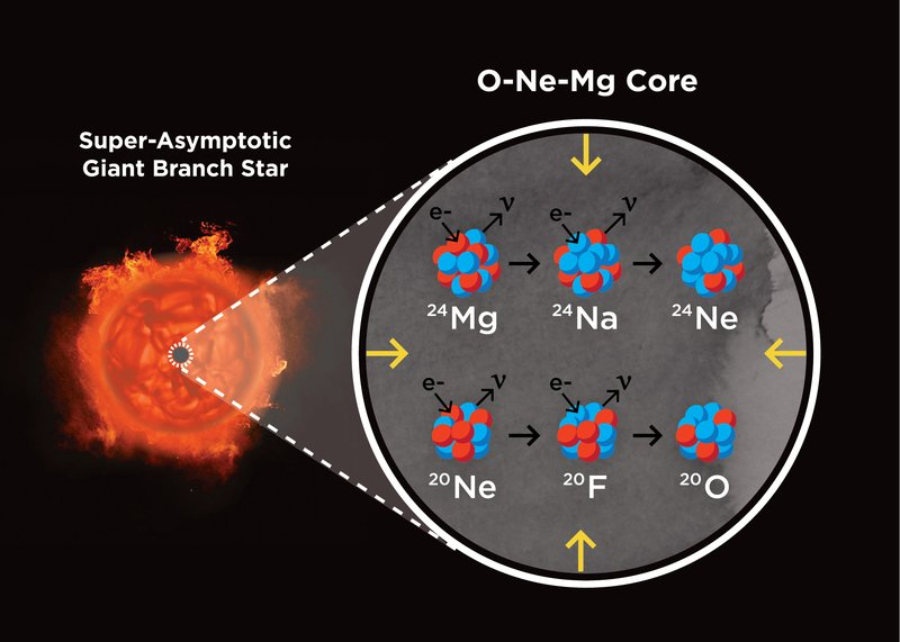 The electron-capture supernova, however, deviates from both of these types. Astrophysicists believe that these supernovae occur when certain stars stop fusion at a point when their cores are made of oxygen, neon and magnesium, before they’re massive enough to sustain iron cores. In these stellar cores, the three elements smash into each other’s atomic nuclei in a process called electron capture. This removal of electrons causes the core of the star to buckle under its own weight and collapse. This, in turn, causes a massive Sun-go-boom-boom.

Hiramatsu and his colleagues say that SN 2018zd meets all the criteria to be an electron-capture supernova. Including: an apparent SAGB (or “super-asymptotic giant branch”) progenitor star; a strong pre-supernova mass loss; an unusual stellar chemical composition; a weak explosion; little radioactivity; and a neutron-rich core. 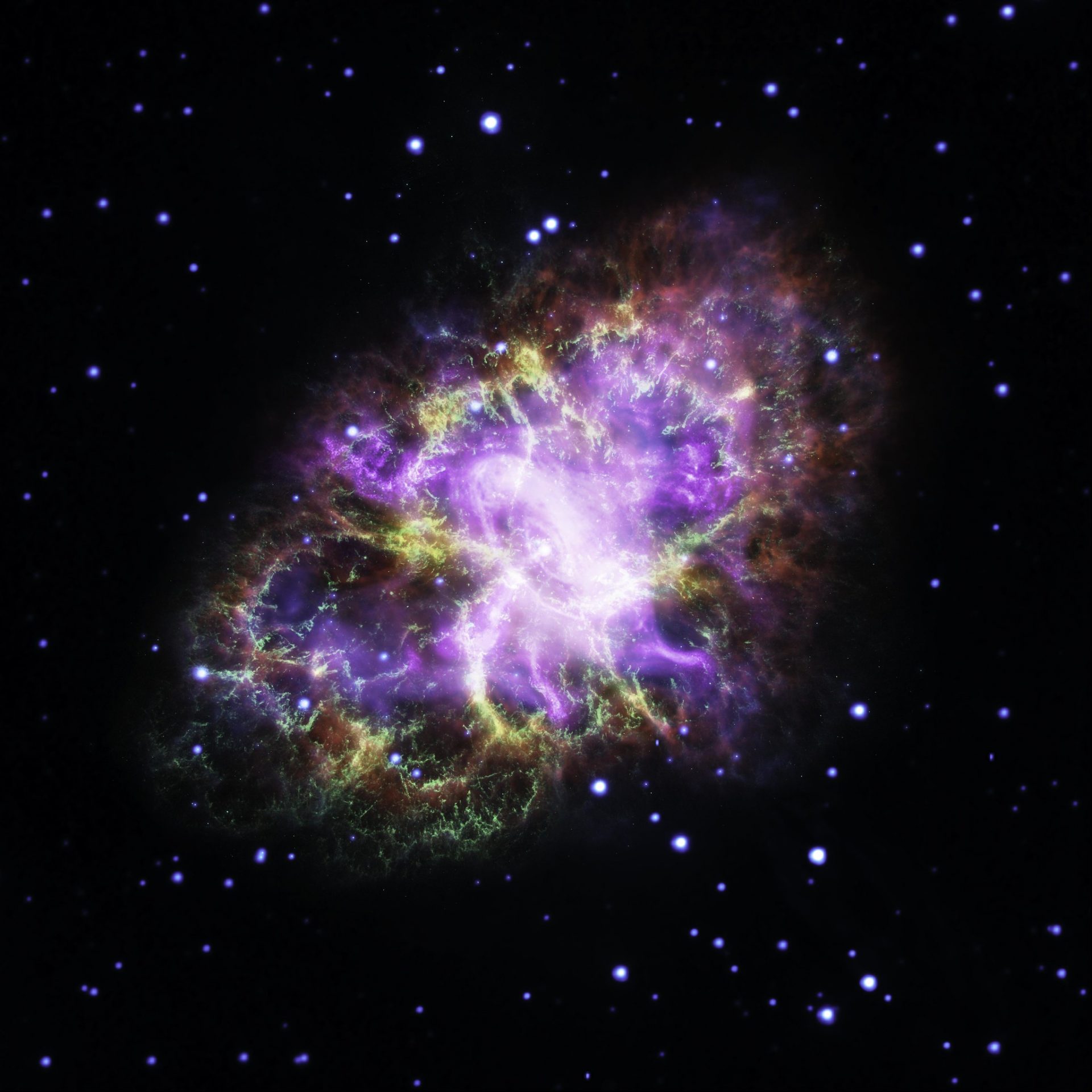 The evidence from SN 2018zd may also help to confirm that an electron-capture supernova caused the Crab Nebula to form nearly 1,000 years ago. When it burst in the night sky and into record books across the world. “This supernova is literally helping us decode thousand-year-old records from cultures all over the world,” Andrew Howell, a staff scientist at Las Cumbres Observatory and project participant, added in the press release. “And it is helping us associate one thing we don’t fully understand, the Crab Nebula, with another thing we have incredible modern records of, this supernova.”