Submarine Spots a Real Version of SpongeBob and Patrick - Nerdist

Submarine Spots a Real Version of SpongeBob and Patrick

Who lives in a pineapple under the sea?! SPONGEBO—wrong. Only real aquatic creatures live under the sea. And most of them look like freakin’ aliens. Recently, however, oceanic explorers did grab footage of a sea sponge and an accompanying starfish, who make for dead ringers for SpongeBob and Patrick. 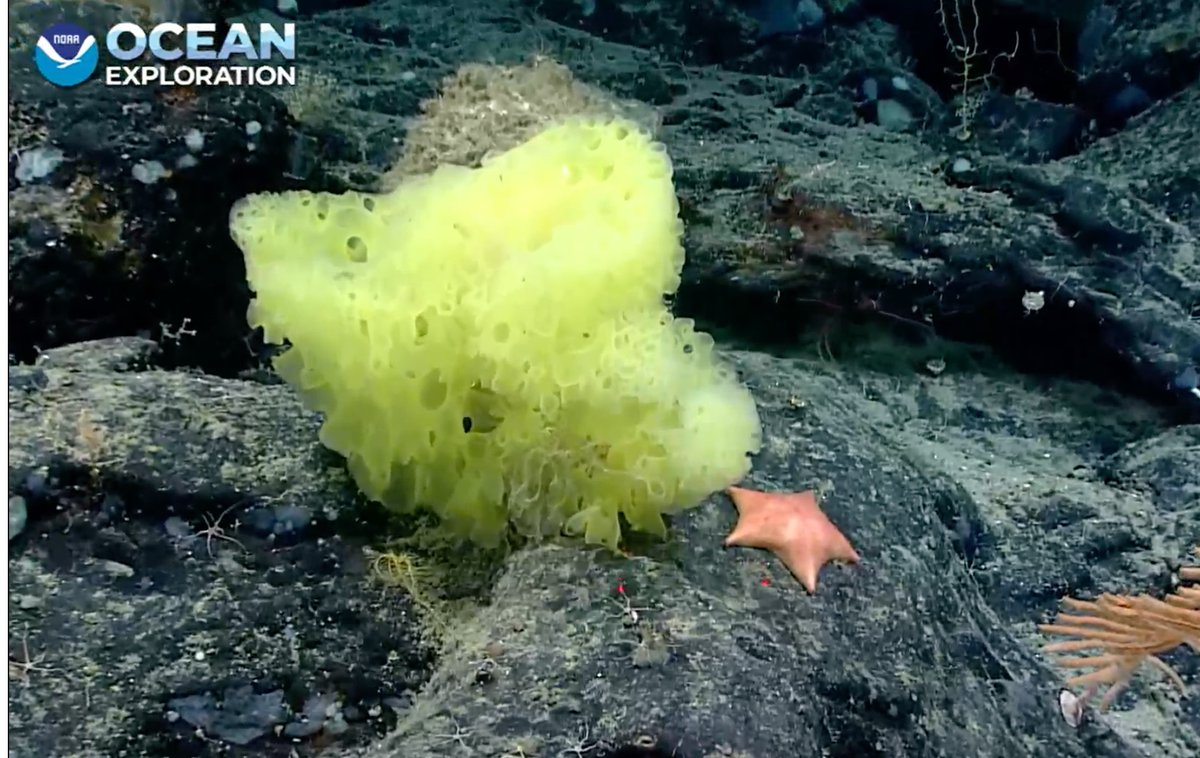 Peta Pixel picked up on the IRL SpongeBob and Patrick in the video and images above and below. Marine biologist and starfish expert, Christopher Mah, recently posted the above picture to Twitter. He noted in his tweet that he usually tries to ignore references like this one. But he couldn’t help but drop a WOW and then make the link for the public.

Mah spoke with NPR and outlined how he and other scientists were watching a live feed from a submersible when they spotted the doppelgängers. Explorers launched the submarine into the Atlantic from the NOAA ship Okeanos Explorer; the National Oceanic and Atmospheric Administration’s exploration vessel dedicated to exploring the world’s oceans. (It’s a federal vessel, so we’re all funding its research, FYI.)

As for the sponge and starfish in the footage, Mah told NPR “They’re just a dead ringer for the cartoon” characters. The marine biologist did add, however, that “In all likelihood, the reason that starfish is right next to that sponge is because that sponge is just about to be devoured, at least in part.”

This really made me happy, thank you for the edit!!!

Yes, unlike the cartoon’s cheery portrayal of the relationship between sea sponge and starfish, the real-life dynamic is anything but. “The reality is a little crueler than perhaps a cartoon would suggest,” Mah told NPR. Although he did add that the sponge may be yellow due to toxic chemicals it contains to ward off predators like IRL Patrick. Which, we’re guessing, works way better than just closing the shutters on the undersea pineapple house.