You Can Have a SCREAM Celebration in Stu Macher's House - Nerdist

You Can Have a SCREAM Celebration in Stu Macher’s House

After months of silence, the Scream (2022) promotional train is finally underway. The film’s official Twitter page got fans in a frenzy when it opened membership for the Woodsboro Horror Film Club. The club quickly amassed thousands of fans who began posting their theories and Scream tattoos. A couple of eagle-eyed fans saw the number 94971 in the fan club logo. Those numbers are the zip code for Tomales, CA, where Stu Macher’s house is in real life. There’s been a ton of speculation about how Stu’s house will play into this new film. We still know nothing but Scream fans can not only visit this location but also spend the night in it. 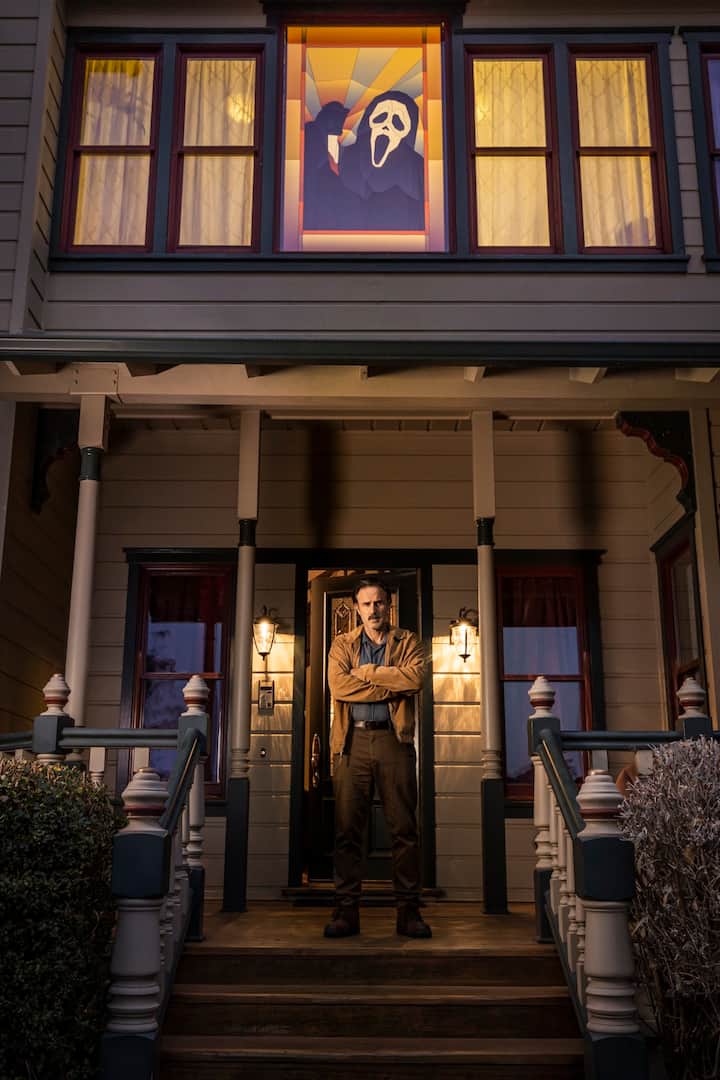 Airbnb, Paramount Pictures, and Dewey Riley himself (sometimes known as David Arquette) have joined forces to make Stu Macher’s house a scary vacation spot. That’s right, the entire house is up for grabs! Booking opens up on October 12 at 1pm ET for a chance to stay on October 27, 29, or the infamous Halloween night. (The actual cost remains to be seen.) The lucky people who nab Stu’s house will have to pay their own way to get there; however, there are some other really cool perks that come along with the stay. Besides the bragging rights of staying in Scream movie history, of course.

Dewey will greet a guest and three of their pals with a virtual check-in. Then, there’s a full tour of the house, which has knife marks on the doors. A movie marathon will take place with all four Scream films (on VHS because ‘90s nostalgia), complete with classic snacks. And, there’s a chance to call Ghostface… if he doesn’t give you a ring on the landline first. Yikes. The guests will also get the Scream franchise on DVD, Woodsboro High gear, and posters from the upcoming film. 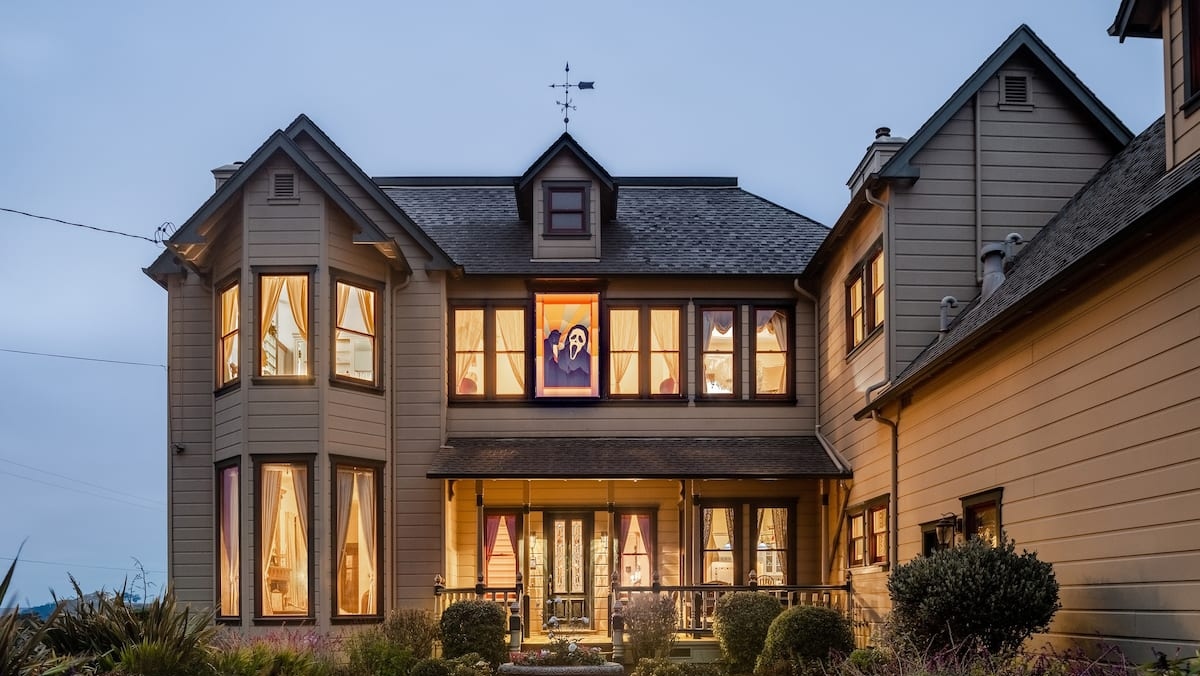 Photos of the house drum up even more excitement with many of its details remaining the same. There’s the infamous kitchen where Billy and Stu revealed their sinister plan to Sid. And, for fun, a Ghostface stained glass window is a part of its exterior aesthetic. This is gonna be hella hard to book. But if you’re a mega-fan, you might as well try. A night here is gonna be a scream, baby!