As evidenced by the success of properties like Ready Player One and Stranger Things, we are currently smack dab in the middle of nostalgia boom for a certain era of films and television. Thanks to the folks at Killer Kitsch, we’ve learned about one artist who is paying tribute to the glory days of VCRs (that means Video Cassette Recorder, you young-os), VHS rentals, and the local mom n’ pop video store. Going by the name  Sorce122, or @sorce_codeVHS, he describes himself as “a nomadic artist traveling the country in my 1984 GMC Vandura that I’ve converted into a mobile art studio.” Since January 2016, he’s been customizing VCR’s for his fellow film buffs and horror hounds. He’s created 38 different machines so far, and with 10 more orders waiting. Most recently, his work can be seen on the special features of Arrow videos new release of the cult classic Basket Case. While it might be easy to just pass it off as nostalgia for the ’80s, I would go as far as to say it’s bigger than just that one decade — it’s the era that began in 1977 with Star Wars and maybe culminated with 1993’s Jurassic Park. For those of us who grew up in that pop culture sweet spot (like yours truly), this was a golden era for one specific reason — it was the first time in history we could affordably own or rent movies and watch them over and over, and all that was thanks to the advent of VHS.

So how did this unique form of art come about? According to the artist, you can thank one horror classic in particular. “I was inspired to customize my first VCR while watching the Texas Chainsaw Massacre on VHS and looking at poster designs. I realized the dimensions were the same as the machine and I visualized a giant VHS movie box that could also play the film.” You can check out examples of Sorce122’s work, which pay homage to classics like Jaws, The Evil Dead trilogy, A Nightmare on Elm Street, Jurassic Park, and Twin Peaks,  all down below in our gallery. To look into prices and check out new artistic projects, be sure to pay a visit to Sorce CodeVhs over on Facebook and Instagram

What do you make of these literal “way back machines?” Let us know your thoughts down below in the comments. 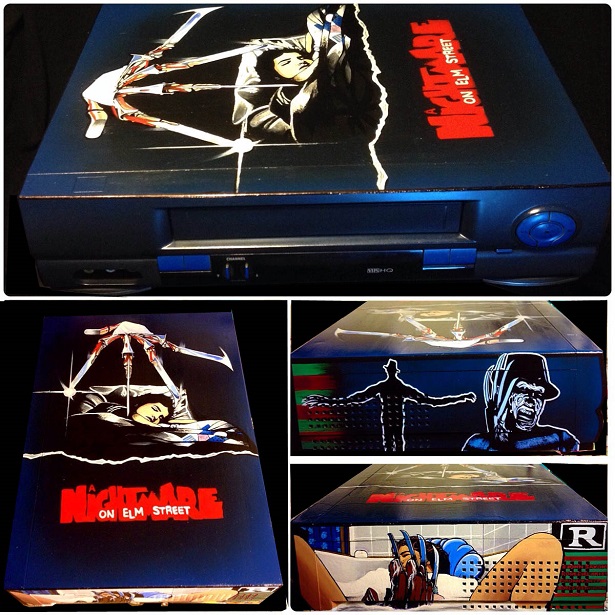 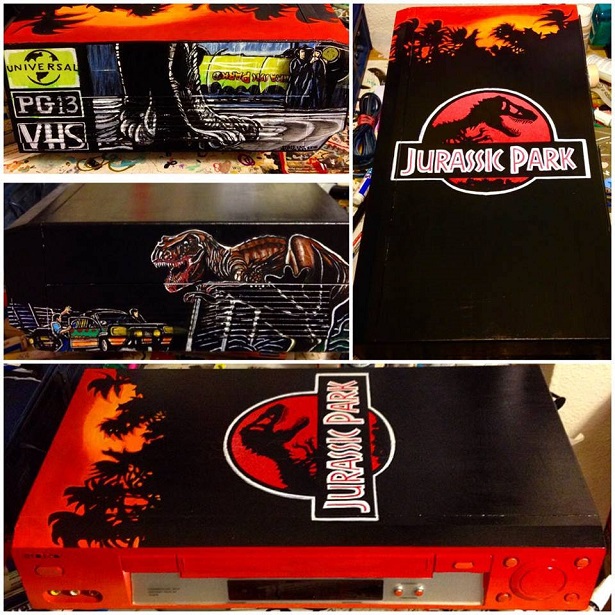 More of the nerdy stuff you need!

David Bowie Painting Discovered at Thrift Shop Is Up for Auc...

THE LONG HALLOWEEN’s Tim Sheridan on Adapting a Batman...