You might remember the sci-fi cat game Stray from its announcement last year as a next-generation title. Game publisher Annapurna Interactive recently featured the third-person adventure game to release a narrated look at the title character and the compelling world around it. Stray sets up purr-fect world-building in its first gameplay trailer, and we can’t wait to get our paws on it. 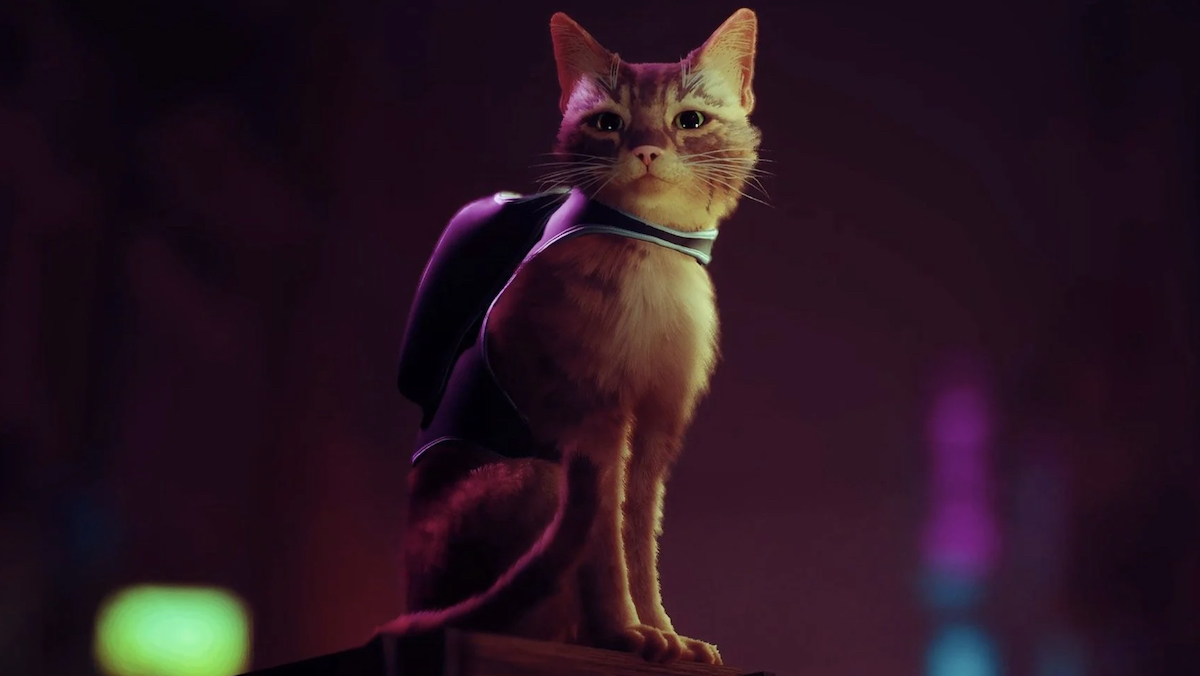 In Stray, you play as an injured cat who has been separated from his family. He’s searching for a way back to them through the winding alleys of a decaying “cybercity.” Humanoid robots that lend an air of melancholy to the neon-lit streets are the only residents of this strange city. On his journey, the cat will find and befriend a small drone named B-12. They’ll work together to survive and get back home.

The puzzle and platforming elements of gameplay look like fun, but it’s the world-building and environment that are the most intriguing. Buildings with dirty, graffiti-filled walls line the forgotten city’s streets. The pleasant din of voices and laughter is conspicuously absent. Instead, the only sounds of the city are the gentle buzz of electricity and the drips of leaking pipes. (And a little meow or two from our furry friend.)

But inside those buildings, the warmly lit rooms hold well-used furniture and knickknacks. The personality-packed inhabitants are mechanical, but they’re also playful and charming. Who created them? Why are they here? 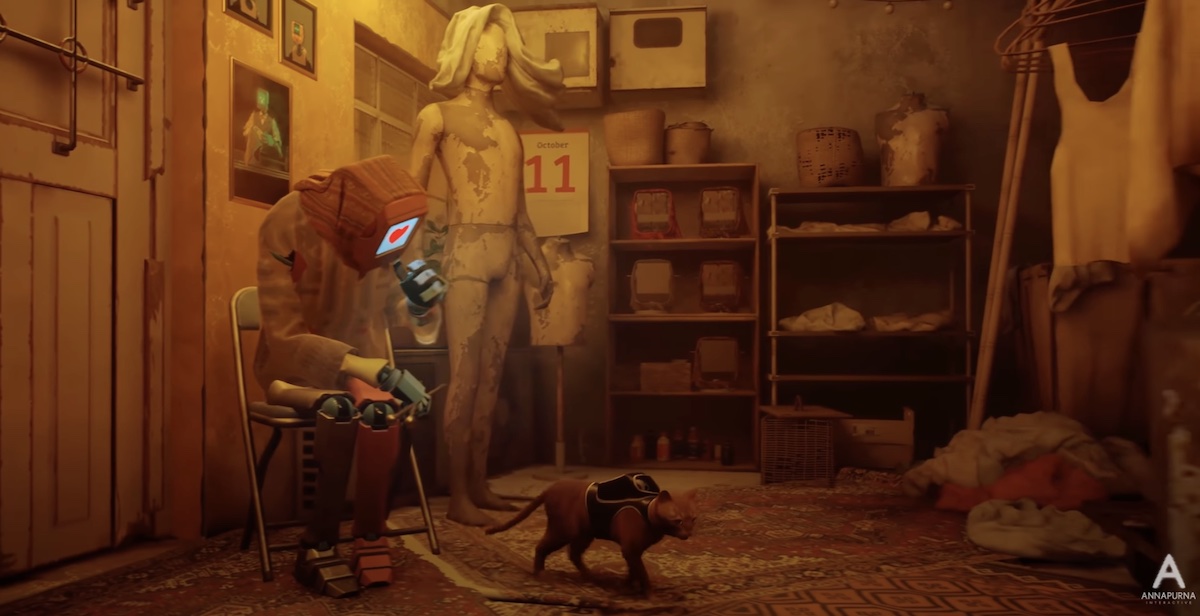 We can’t wait to find out the answers to those questions and more. But we’re going to have to wait a little longer to start the adventure. Stray, developed by BlueTwelve Studio, is currently scheduled for an early 2022 release on PlayStation 4/5 and PC.

Kelly Knox is a freelance entertainment writer in Seattle, WA, who writes for Star Wars, DC Comics, and more. Her book  Marvel Monsters is out now from DK Books. Follow her on  Twitter for bad puns, pop culture coverage, and more.