Play as a Cat in the Adventure Game STRAY - Nerdist

Play as a Cat in the Adventure Game STRAY

In a flood of gorgeous games recently announced for the PlayStation 5, one stood out with its neon-lit world populated with downtrodden robots and one very curious cat wearing a backpack. The tantalizing teaser for Stray, currently in development from BlueTwelve Studio, instantly captures the imagination. Get your first look at this upcoming title published by Annapurrrrr-na, er, Annapurna Interactive. (We promise that’s the last cat pun we’ll make.)

“Stray is a third-person cat adventure game set amidst the detailed neon-lit alleys of a decaying cybercity and the murky environments of its seedy underbelly,” says the official website. “Roam surroundings high and low, defend against unforeseen threats and solve the mysteries of this unwelcoming place inhabited by nothing but unassuming droids and dangerous creatures.”

“Cat adventure game” (or maybe even just “cat with a backpack”) might be all you need to hear to be sold on this fascinating project, but the developers recently stopped by the PlayStation blog to tell us a little bit more about the game.

“Exploring the strange world we are building feels really fresh when you’re sneaking under a car, or walking the rooftops with the inhabitants below unaware of your presence,” writes Viv, BlueTwelve’s Creative Director. “Or if you want them to be aware, you can just meow endlessly to annoy them.” 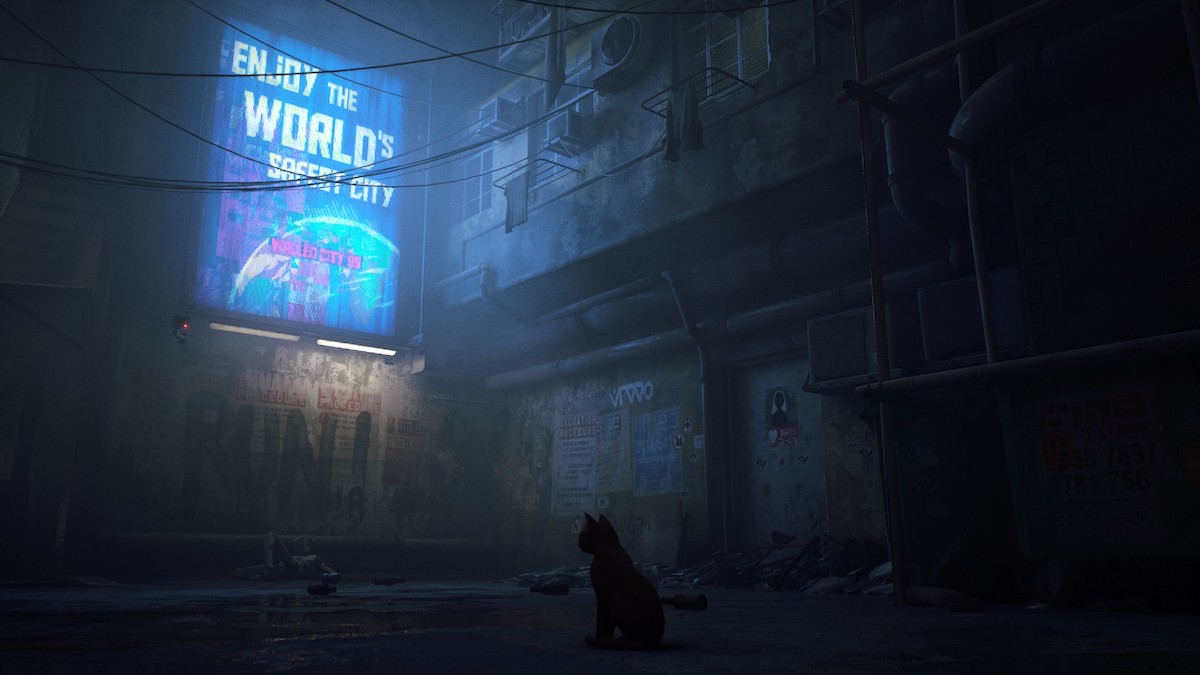 While this trailer only gives a quick glimpse of the world of Stray, we have so many questions. Where did all the humans go? Why is it called the world’s safest city? And why the heck are all the robots so sad? We can’t wait to pick up the adventure game on PlayStation 5 or Steam in 2021 to find out.