We Need to Talk About Chief Hopper - Nerdist

We Need to Talk About Chief Hopper

This piece contains spoilers for the first two episodes of Stranger Things 3.

Has there ever been a character as instantly beloved as Hopper from Stranger Things? When the show hit Netflix in 2016, David Harbour‘s cranky father figure quickly became a breakout hit. The internet fell head over heels for Hopper’s grumpy yet caring nature, struggle with grief, and resoundingly beloved dad bod. There was something familiar and safe about the unexpected everyman hero. He seemed to fit the tropes of film fathers whilst also reminding us of the kind of dad we all would have wanted. Of course, it helps that Harbour had a standout performance and his chemistry with his castmates is second to none.

The love for Chief Hopper quickly became the specific kind of rolling, uncritical praise that the internet fosters. It was an interesting fandom to watch grow, and it caused this writer to dissect why Hopper quickly became so popular. As a big fan of the character in season one, I was drawn to the inherent familiarity of a male authority figure who was outwardly gruff but had a heart of gold. The idealized version of the worst aspects of the men in my life, a journey that offered redemption and hopes to those of us who had come across broken, unstable men, and had worked with them hoping for something special. 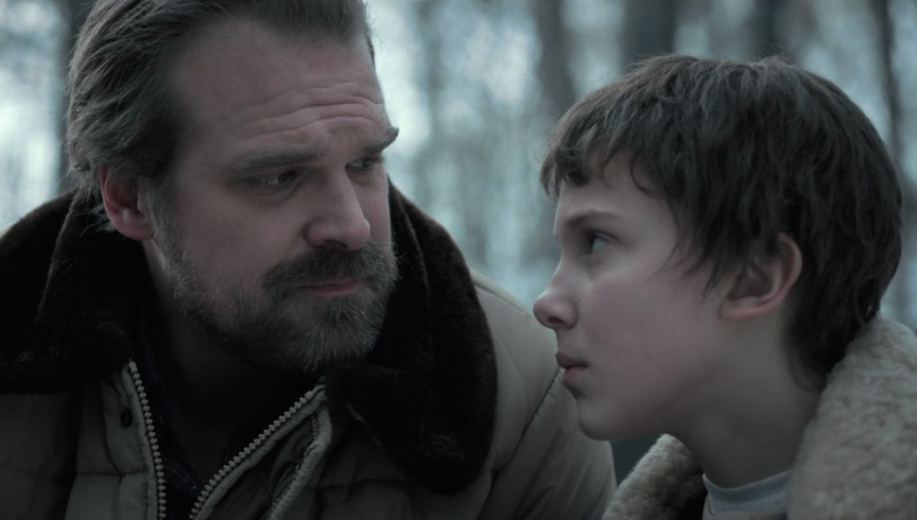 Looking at Hopper in the context of the nostalgia-heavy world of Stranger Things, he makes total sense. The visual language of the series is steeped in references and homages and Harbour’s surrogate father fits that to a tee. He’s got the heart of Jim, Samantha’s dad from Sixteen Candles; the tough love approach of Dr. Houseman, Baby’s gruff but ultimately supportive father from Dirty Dancing; he even leans into a little of the fun, unconventional nature Mr. Richman from Valley Girl. In that way, Hopper becomes the perfect amalgamation of fictional fathers from the era that shaped Stranger Things.

But the reality of many of the films that we grew up on (and that influenced The Duffer Bros) is that they were wildly problematic, often misogynistic, and rarely filled with great male role models (Mr. Richman was an exception, he’s the best!). So it’s unsurprising that during season two Hopper began to take some turns that made this writer feel incredibly disappointed and largely uncomfortable. Gone was the caring yet cantankerous man who risked everything to save the son of the woman he secretly loved. In his place was a cabin-dwelling survivalist who hid a young girl from the world for a year whilst aggressively having a meltdown and letting the other people who loved her think she was dead. 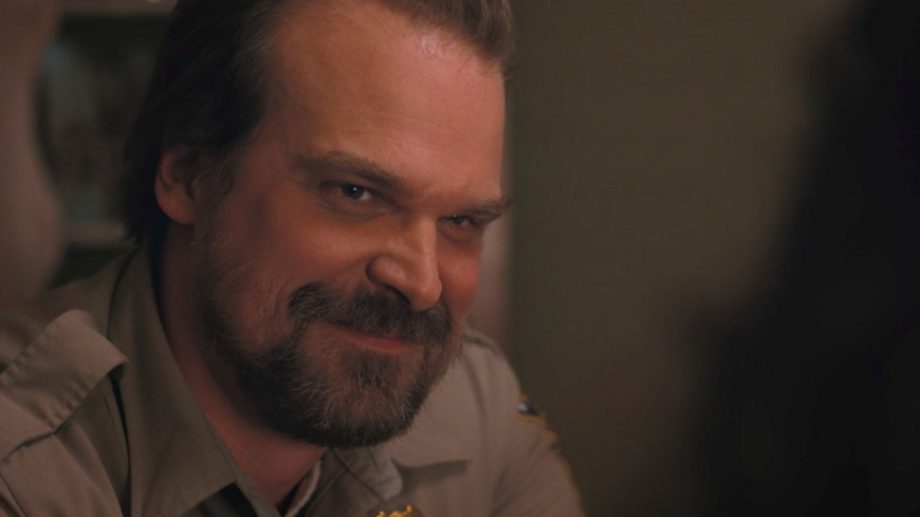 At first, it seemed like the show might be interested in exploring the dark side of Hopper’s grief but as the show moved on, his behavior was never interrogated or questioned. He ended the second season as a hero, even shadily adopting Eleven using his government connections. The first couple of episodes of season two seem to double down on this as Hopper tries to control Elle and Mike’s burgeoning romance, leaning into the toxic masculinity of fatherhood equaling ownership. He refuses to have an honest conversation with his daughter and resorts to threatening Mike in order to keep him away from her. He even lies to Joyce, who attempts to help him connect with the new teenage female presence in his life.

We’ll have to wait and see whether Hopper will ultimately be redeemed or if Stranger Things is setting him up for something far darker. Either way, it’s a shame that everyone’s favorite hot dad couldn’t be held to better standards than the men who came before him, despite the fact that they shaped him. After all, even though Stranger Things is set in the 1980s, it’s being made in 2019. We as viewers deserve men who respect women, their agency, and their ability to protect themselves.