To celebrate, we’ve selected seven of the best mall movie scenes in cinema history for your perusing pleasure.

Martha Coolidge’s brilliant ’83 coming of age drama not only stars Nic Cage as a rebellious punk, Randy, but it also has a mall sequence that definitely influenced Stranger Things Starcourt montage and perhaps one of this episode’s biggest moments. As our protagonist Julie and her friends get ready for a party with a trip to the mall, Julie decides to break up with her egomaniacal jock boyfriend leaving the door open for her budding romance with Randy. Perfect. 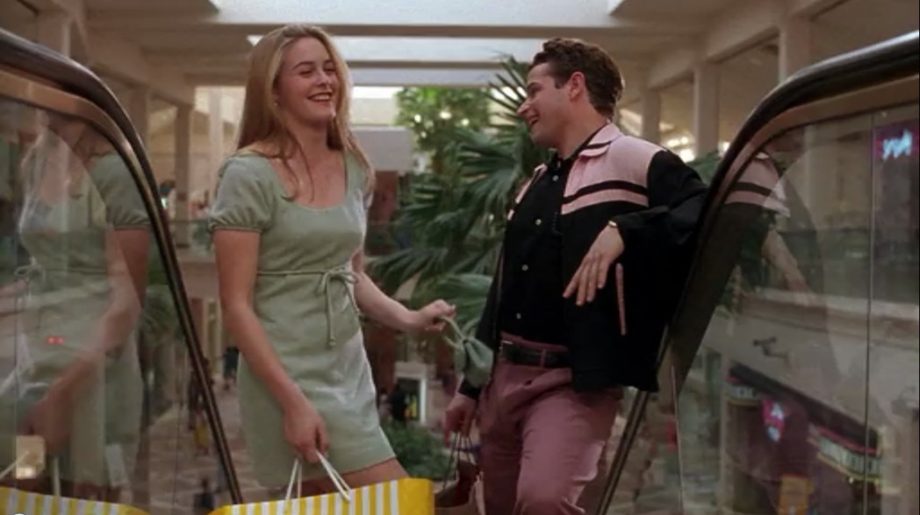 Amy Heckerling’s first entry on to our list comes in the guise of her hilarious Jane Austen adaptation, Clueless. With Cher a fan of fashion and shopping, it makes a lot of sense that many of the film’s most memorable moments happen in the mall. From Dionne and Cher seeking a safe place after receiving bad report cards to shopping for their romantically useless teacher all the way through the most memorable of all: Tai’s “near-death experience” when some jerks try and throw her off the mall’s balcony!

Seeing as Kevin Smith’s sophomore movie is set in a mall, it’s hard to pick one key scene. However, the moment that Brodie enlists Jay and Silent Bob to help sabotage the dating show later that day is a peak example of why Smith became so popular. It’s also a rare mall sequence that features only male-identifying characters and they live up to every stereotype with an expletive-filled comic book referencing scene that stands out in the often meh movie.

Tina Fey took down the teen girl tropes in her cult comedy and of course, as it’s a movie about American teenagers there’s a sequence in a mall. Not only does it set up the characters of each of the girls brilliantly in just over a minute but it also does a great job of setting up the surreal edge that makes the film so unique.

Amy Heckerling’s debut set the stage for the teen comedy trend and follows a group of students as they embark on a year at the titular educational institution. If you’re a fan of Easter eggs watch this sequence next to the Stranger Things one and you’ll be shocked at just how many moments from the iconic opening of Fast Times at Ridgemont High the Duffer Bros. directly homage in their montage. 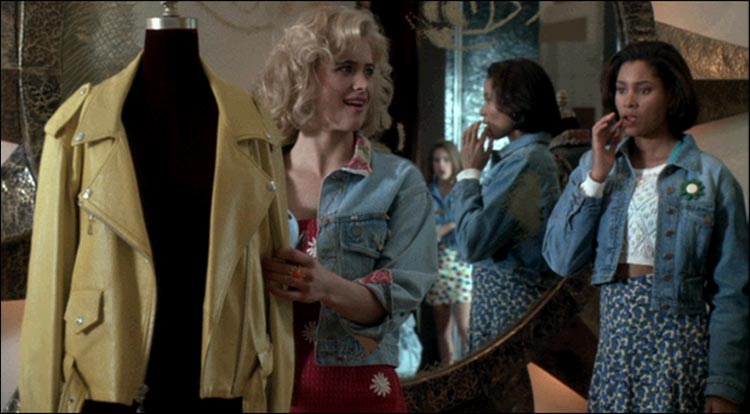 Despite the fact that this movie is much maligned in light of the far more popular TV series, it’s actually a pretty fun teen horror b-movie that also features a v. Stranger Things mall moment which showcases Buffy as a vapid valley girl. It’s one of Whedon’s weaker moments as a writer but does a great job of lulling viewers into a false sense of security before throwing them into the bloodsucking deep end!

Sure, Jackie Brown isn’t a teen movie, but it is one of the best uses of a movie mall that we’ve ever seen. As Pam Grier’s Jackie tries on a very stylish suit, she also does a highly important cash exchange with Bridget Fonda. It’s slick, it’s atmospheric, and it’s fun but it sadly doesn’t end well for Fonda’s ditzy blonde.