There’s really no wrong way to deal with being stuck indoors, so long as you’re acting responsibly and aren’t endangering yourself or others. Want to do nothing except veg out and relax? Good for you. Feel better being super productive? Go for it and clean the garage.

While there’s no “correct” option on how to quarantine, one of my favorite things to do these last few months has been watching all of the ways creative people have utilized their free time. That includes this gorgeous new stop motion video made with wood cutouts. Together they form one stylish dance sequence.

Argentinian artist Fernando Livschitz of Black Sheep Films has created a gorgeous stop motion short (which we first came across at Laughing Squid) using “more than 800 wood cuts and pictures.” Titled “Lost in Motions,” it shows a sparkly gold “dancer” pulling off some incredible moves. He spins over and around the dance floor as he gets closer to the retreating camera. An ever-growing black wood frame, eventually replaced by a circular red one, surrounds him. And his walkway come alive to match his dancing.

The end result is a visually stunning experience. And the behind-the-scenes extras at the end make us appreciate it even more. It shows all of the delicate work—including actual dancing, multiple designs, laser-cutting, painting, and animation—that went into crafting what amounts to roughly 30 seconds of film. 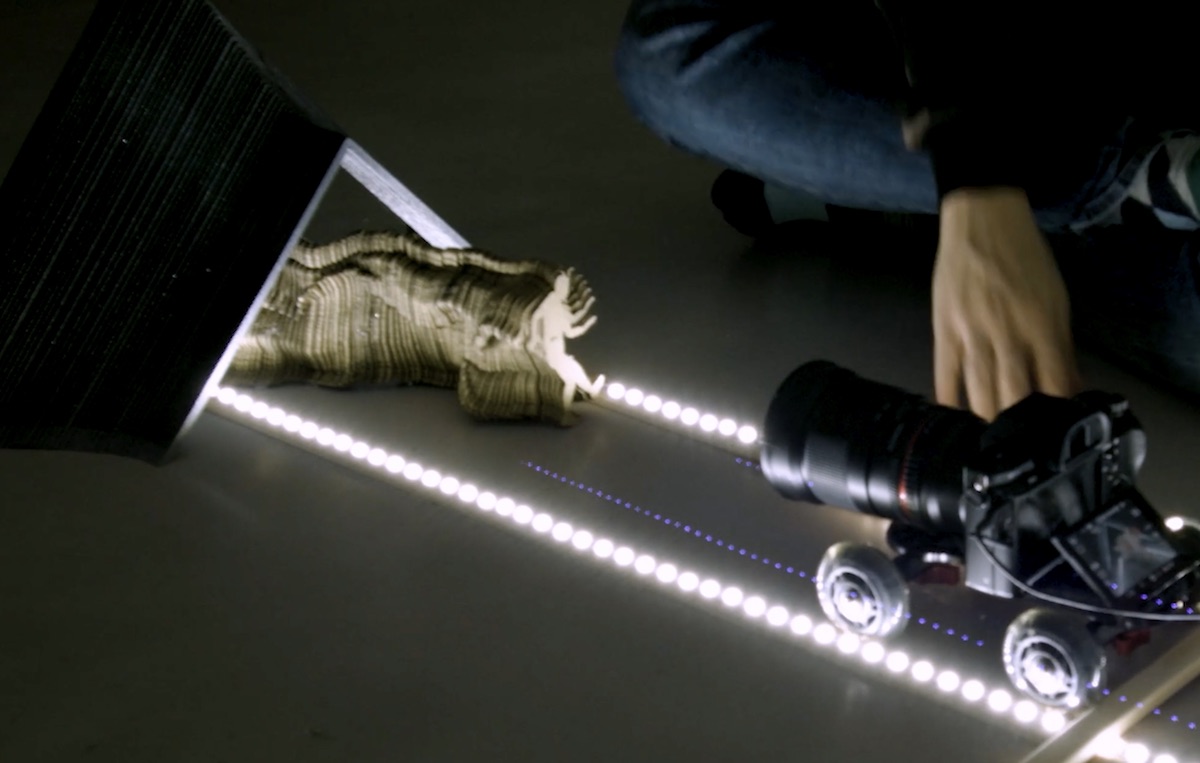 This video was made as part of Visual Fodder‘s “Artists Locked Down” series. It celebrates the work of people from around the world by highlighting some of the original art they’ve been making during quarantine. The submissions range from strange and serene to timely and poignant.

Do these videos make me feel bad about not being more creative or productive during quarantine? Not at all. There’s no “right” way to social distance.

And besides, I’ve spent a ton of my time watching all of the cool things others have made. It’s been great.