For years certain bosses and companies said it was impossible for their employees to work from home. Now a lot of people have all the proof they need that they actually can do their jobs remotely. As we’ve also learned, that will never be true for some. One group of performers’ particular set of skills require them to be on set where they realistically pull off exciting action scenes and death defying feats. Stuntmen and stuntwomen around the globe are currently stuck indoors like the rest of us. However, that doesn’t mean they can’t still put their abilities use. They’ve teamed up for a cleverly edited COVID-19 inspired viral fight video where they all go on the attack while safely social distancing.

This rolling fight montage comes from France’s Univers Cascades Campus. The #CUCcHallenge features a collection of stuntmen and stuntwomen performing in isolation to create a long continuous fight. First they all respond to an “attack.” That shows off how much of a good fight sequence relies on someone making us believe they were actually hit and hurt. Then, after gathering themselves, they each go on the attack at the camera, which rolls over to the next performer.

While some rely on good ole punches to the nose or kicks to the face, others get creative and rely on nearby items to turn into weapons. In the right hands a banana can be deadly. Maybe.

But our favorite moment has nothing to do with fists of fury or cast iron skillets to the noggin. It’s the combatant who stops to put hand sanitizer on at his opponent’s request. Sure, a fist fight is okay, but spreading germs during a global pandemic crosses the line. 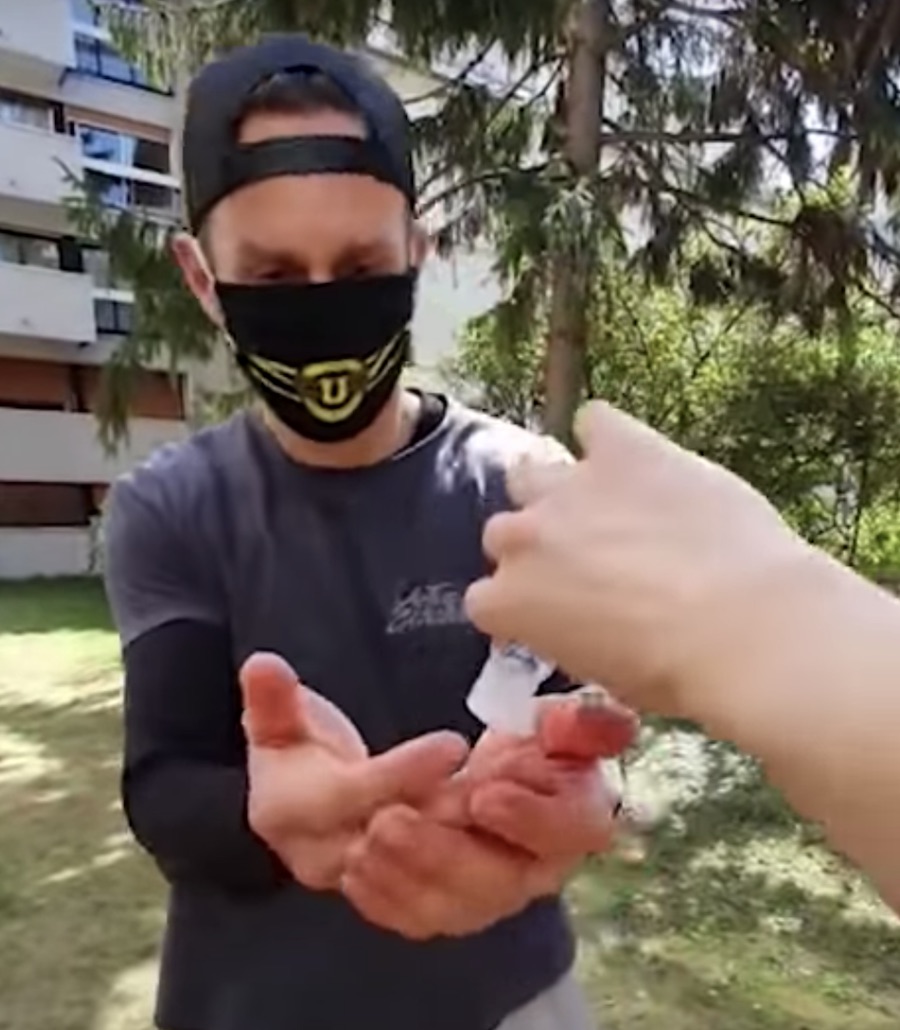 Stunt performers can make the seemingly impossible look real on screen. And they did just pull off an epic fight featuring dozens of people without even being in the same room.

Wait. Maybe they can work from home?