Here’s the Genius Way Engineers Built the Statue of Liberty

The Statue of Liberty is an indelible symbol of freedom in every mind in America. But it’s still easy to forget the herculean effort behind its construction precisely because of that fact. Luckily, in a new video, 3D animator and YouTuber Jared Owen offers a reminder of the incredible process, which is as unforgettable as the statue itself.

Laughing Squid picked up on Owen’s video, which he recently posted to his eponymous channel. Owen’s inspiration for this particular video is unclear, but he is, in general, a master of making animated overviews. For example, the 3D animator has previously offered brilliant insights into the way electric motors work. And even the Millennium Falcon.

In Owen’s video (above), the 3D animator covers the Statue of Liberty’s history, how builders constructed it, and where visitors can go inside of it. But while the historical factoids are definitely fun—the statue was the tallest in the world when it was unveiled in 1886, if you didn’t know already—the engineering and artwork necessary to build the behemoth, copper symbol of freedom is the highlight here.

As Owen’s notes, it took 10 years in total to construct the Statue of Liberty in France. French sculptor Frédéric Auguste Bartholdi was responsible for the statue’s design, and had to work his way through successively larger and larger sculptures. He began with an initial clay sculpture only four feet tall.

After designing the clay sculpture, Bartholdi moved onto ones consisting of plaster, and then, finally, one consisting of copper. To create the final product, the builders used a process the French refer as repoussé. Essentially, this means the builders took sheets of copper and then hammered them into wooden molds of the statue. The builders created those wooden molds by constructing a wood cast around an equal-size plaster statue. 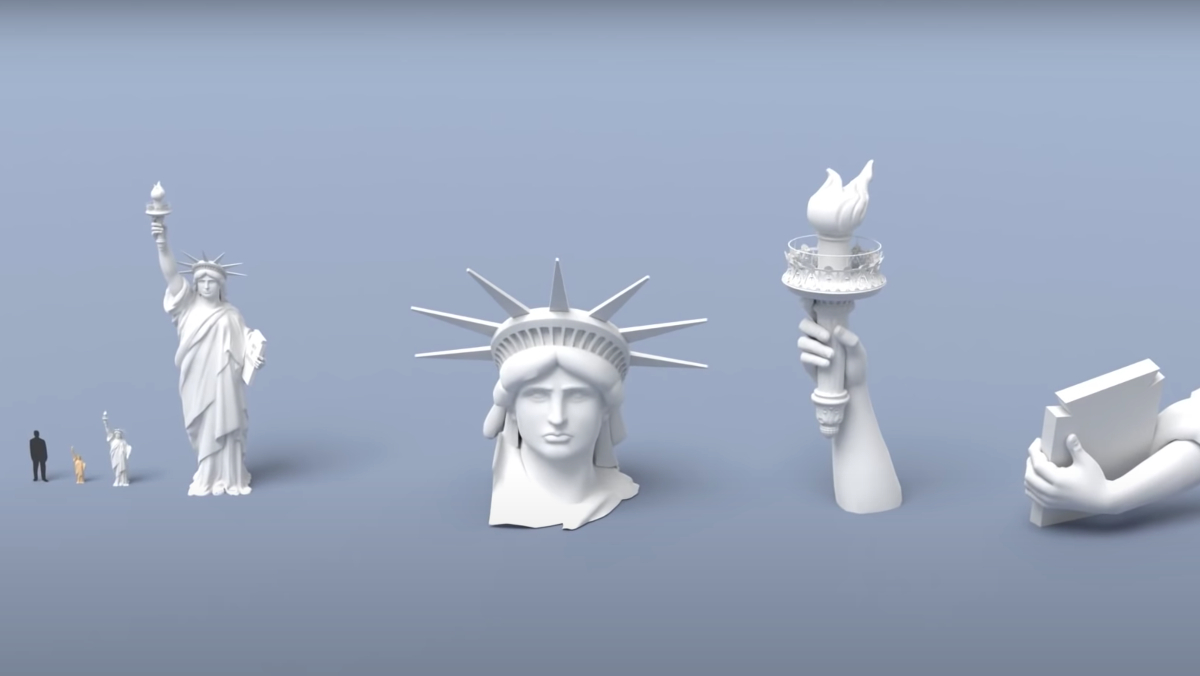 Along with the 10 year process in France, builders in the US needed another four months to assemble the statue; no surprise considering it’s 305 feet tall. Owen also discusses how Gustave Eiffel, the engineer responsible for the Eiffel tower, built the statue’s metal framework. Which, incredibly, has stood the test of time for more than 200 years now. In large part thanks to its ability to sway in the wind, yet remain firmly anchored to the base beneath it.