As kids, we all wanted to pilot our own X-Wing fighter and fight the Empire. Well, via Reuters, we’ve learned about a pair of Star Wars superfans in Yakutsk, Russia who lived the dream. Ilya Burnashov and Ayaal Fyodorov have actually gone and built themselves a life-size model of an X-Wing. And this isn’t their first such recreation. Earlier this year, they created a replica of The Razor Crest from The Mandalorian. And they both do everything but fly.

You can see how they brought Luke Skywalker’s iconic ship to life in the video below.

This is a life-size replica of an X-wing starfighter built by a group of Star Wars enthusiasts pic.twitter.com/fgeSjn0awc

Model maker Ilya Burnashov said, “I think the main task here was to make our dreams come true, because all of our team are great Star Wars fans. It means a lot to see your dream come into real life. Also, to bring joy to people, now everybody can come here to the park, take pictures, touch it, see what it’s made of, and get some positive energy.”

This X-Wing fighter cost about $5,000.00 to build, and took approximately three months to finish. We’re not sure how much Mando’s ship cost to make, but we can’t imagine it was much less. One of the builders had to sell their car to fund the rest of the build. But in the end, the final results speak for themselves. And both models are almost as good as something you’d see in an official production. 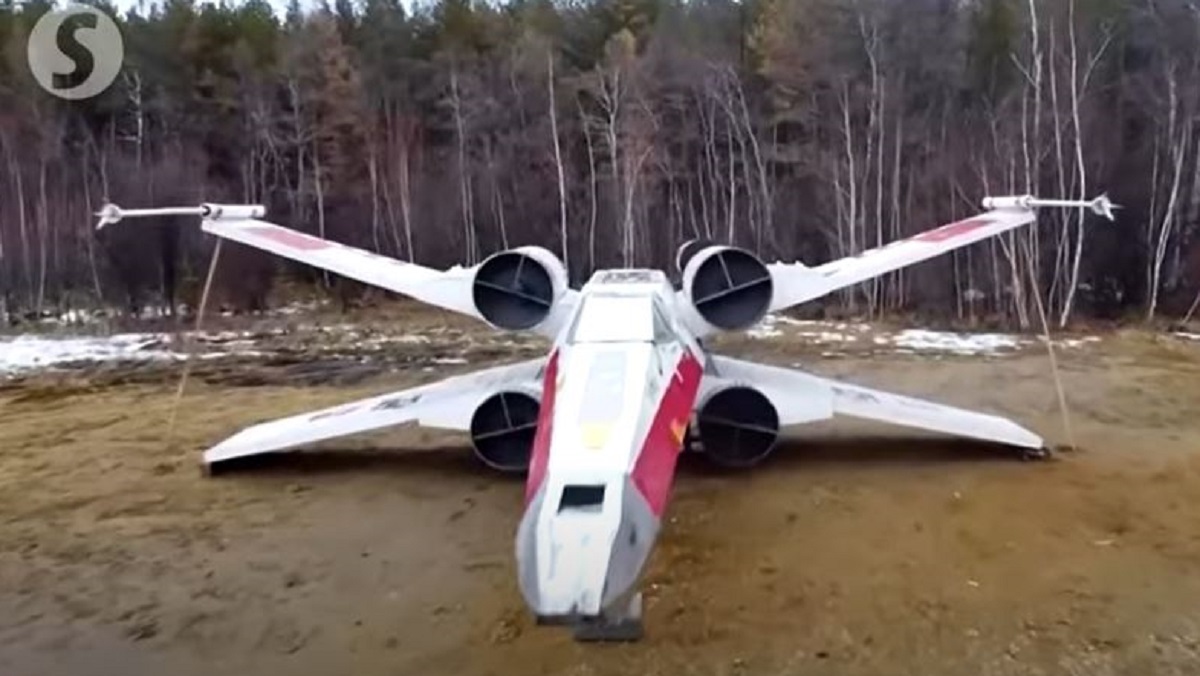 So where do Burnashov and Fyodorov go from here? Well, we think every Star Wars fans knows the answer. “Our next project? Of course, our dream is to build the Millennium Falcon. We haven’t found sponsors yet, but if we do, we’ll make it. A life-size copy.” Now that’s a much bigger deal, as anyone who has visited Galaxy’s Edge at the Disney theme parks knows how big the Falcon is. No doubt something of that size would take a lot longer than three months to build. Now, how about a Death Star or two?