The Razor Crest is no more. At least not in the galaxy far, far away. Din Djarin’s ship was blown up on Tython after the Dark Troopers Yoda-napped Grogu during The Mandalorian‘s second season. Its demise left our favorite surrogate dad without a ship of his own. But if he’s looking for a replacement, we know where he can get one: Russia. Someone there has built a massive recreation of the Star Wars vessel. And while this Razor Crest might not fly, it’s still worthy of a great Mandalorian warrior.

WATCH: A fan of the “Star Wars” TV series “The Mandalorian” built a replica of the Razor Crest gunship in Russia. pic.twitter.com/tdGtlPl9rq

CBS News reported on a massive undertaking that has been going on in Yakutsk, Russia. For the last year, Ayaal, of the Instagram and YouTube channels Just Ayaal, has been putting together a gigantic model of the Razor Crest gunship. The project took so long because of initial funding issues combined with all of the same perils the COVID-19 pandemic has been causing all of us. But after a friend sold his car to help finance it, and other backers also supported the project, he was able to really get moving. And we’re glad he did.

The end result is one of the coolest models you will ever see. This replica stands nearly 46-feet long, by 33-feet wide, and 13-feet tall. It’s essentially a dream playhouse for Star Wars fans. (And we mean that for both kids and adults.) Not that you’d be able to easily bring it to your own backyard. This behemoth weighs more than a ton.

This video doesn’t fully capture just how cool this model really is, though. The inside also features a console so you can feel like you’re fleeing a fleet of TIE fighters yourself. Which we would absolutely do if we got to climb in.

Din Djarin’s ship is caput in the galaxy far, far away. But it was too cool to let it disappear from every galaxy. 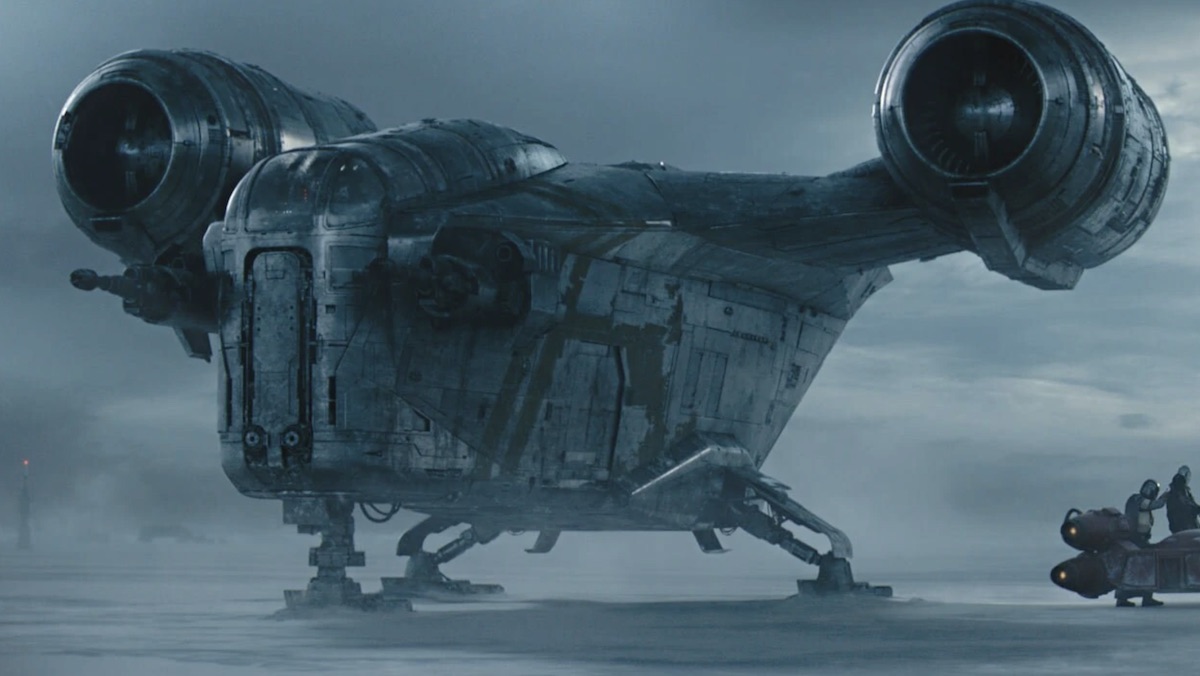 Now we just have to get this replica to fly.