Whether it’s Kanaan Jarrus sacrificing himself for his found family or Luke Skywalker using up the last of his power so the Resistance can live, death is everywhere in the Star Wars franchise. In fact, the series handles death in a very direct way, asserting the power in accepting one’s own mortality. For some force users, death isn’t the end of existence—from full-body apparitions to whispering voices, they continue to operate from beyond the metaphorical grave.

Death happens every day all over the world and yet there’s a kind of separation from it, especially in Western culture. When someone dies, a professional collects the body and takes it to a funeral home in an unmarked van. The preservation process, which is unglamorous, is then done behind closed doors. This hands-off approach to death is very common, which is why Star Wars is unique in the way it handles it.

The most beautiful scene in the Star Wars franchise also happens to be the most tragic. As Padmé Amidala’s corpse is taken through the streets of Naboo, throngs of people lighting the way with candles, I’m surprised that the casket is open and that her face is free of makeup. There’s no barrier between the former monarch and her people. 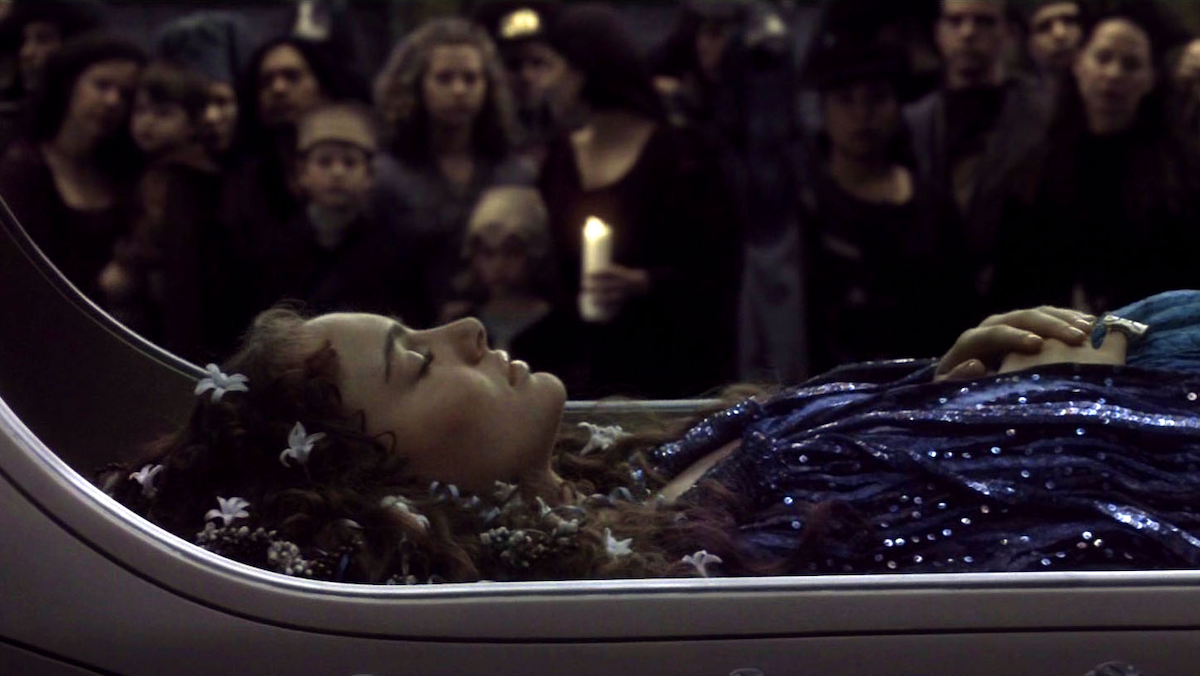 With her full face makeup and extravagant ensembles, Queen Amidala is more like an otherworldly being than someone of flesh and bone. The core of who Padmé Amidala is was swathed in mystery, and there was always a division between the real Padmé and the people she governed. That is until her untimely death. As her floating coffin glides through the well-manicured streets of Naboo, her face free of cosmetics, she’s allowed to be vulnerable.

Even the preparation of Padmé’s body is an act of love. Someone, perhaps a deathcare worker from Naboo or one of Padmé’s former handmaidens, wove flowers in her hair and placed Anakin’s carved pendant in her hands. Preparation like this is a sign of intimacy and respect; the people she led continued to love and care for her even in death.

When Obi Wan confronts his former padawan in A New Hope, he knows he can’t defeat him. Age caught up with him and he’s no longer the war hero he once was. That said, he’s not afraid to die. He warns his adversary that if he dies, he’ll be more powerful than ever before. This suggests that there’s power in death and that death isn’t the end. The old Jedi makes peace with his mortality. 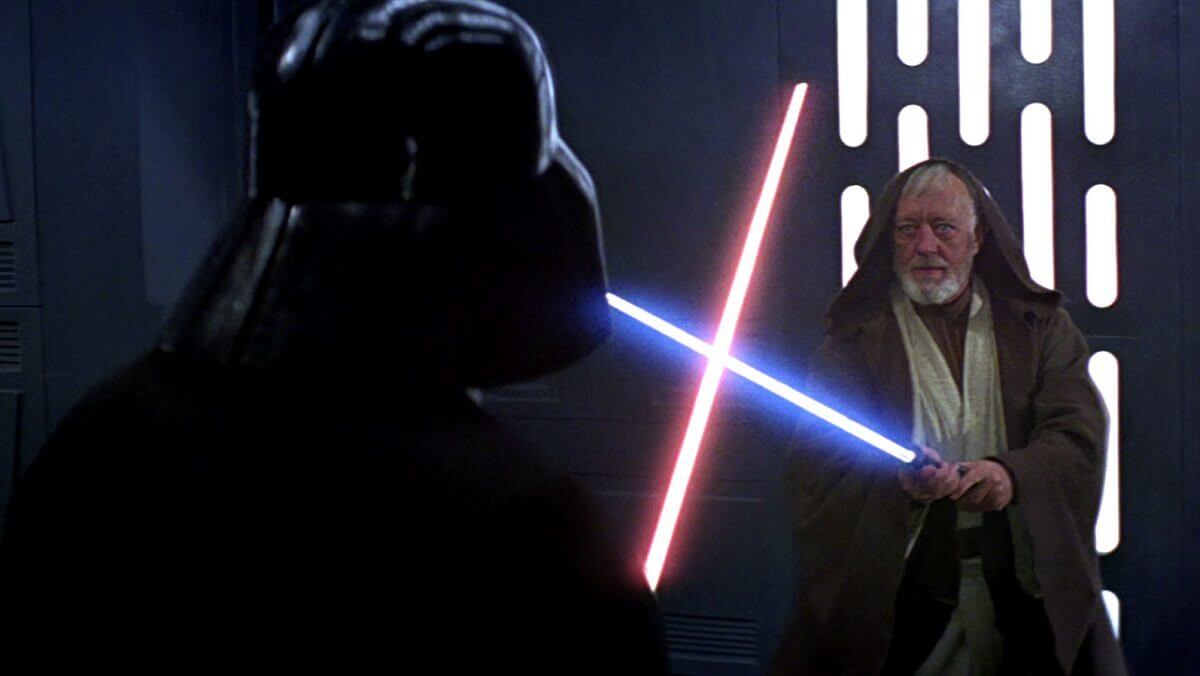 Darth Vader, on the other hand, clings to life in a metal suit. By evading death and prolonging the inevitable, he’s continuing to live with his angst and regrets. The dark side is all about conquering or mastering death. We see this with Palpatine in Rise of Skywalker. With his rotted fingers and pallid complexion, there’s a cost to cheating death, as Palpatine’s more like a zombie than a human being. The light side, however, is more about living in the moment and not taking life for granted.

The scene where Luke faces Kylo Ren in The Last Jedi parallels Obi Wan’s showdown with Darth Vader. However, unlike Obi Wan, who’s not as strong as Darth Vader, Luke appears almost godlike in his power. The former moisture farmer achieves the impossible by astral projecting a version of himself across the galaxy. However, he knows this will kill him, so he makes peace with his mortality.

Moments from death, Luke looks upon the twin suns for the last time. The sense of calm that washes over him is almost palpable. Tears fill his eyes as his hardened expression starts to melt away. For the first time in years, he feels a sense of peace. Like Old Ben, his physical form then vanishes as he becomes one with the force. The only thing that’s left of him is his robes. There’s nothing painful or scary about it. 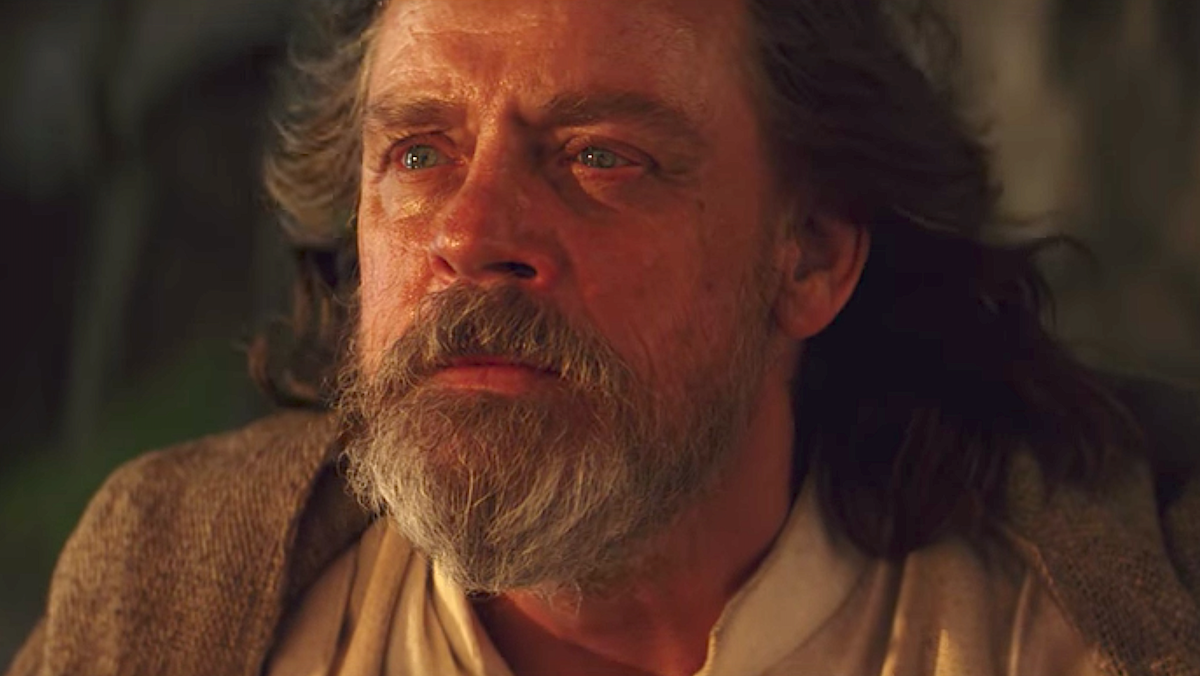 No longer inhabiting their physical forms, Obi Wan and Luke continue to exist in some capacity. Whenever Rey needs guidance, whether it’s a voice that whispers in her ear or the appearance of a full-body apparition, they’re there to advise and impart their wisdom. By accepting their mortality and putting their trust so wholeheartedly in the force, they’ve transformed into something bigger than themselves. They’re at peace.

The same sense of peace can be found at the end of Rogue One. This movie differs from the others in that it’s not about redemption, but about triumph. After transmitting the Death Star plans to the rebels, Jyn knows she’s not going to make it out alive. As the blinding white light from the Death Star’s blast creeps closer to the shoreline on Scarif, Jyn and Cassian embrace. They hold each other as the light swallows them whole. Not only does the pair accept their fate, but they also find comfort in each other in their final moments.

The common theme here is that there’s power in accepting one’s mortality. Bodies are nothing but crude matter, which is what Yoda tells Luke in The Empire Strikes Back. They’re just temporary vessels that break down over time. The force is so much bigger than that. While Star Wars confronts death and mortality in a direct way, it also has a lot to say about life. In life, nothing is promised or certain. It’s best to live in the moment and live well.

Ashley Barry-Biancuzzo is a professional writer and editor for Reviewed. She likes science fiction, video games, and egg sandwiches. You can find her on Twitter @awitchdidit.