Ahsoka Might Still Be Alive in the STAR WARS Sequels - Nerdist

Ahsoka Might Still Be Alive in the STAR WARS Sequels

Regardless of how one felt about The Rise of Skywalker overall, it’s hard to deny how cool it was to hear Rey commune with all the Jedi past in that one crucial scene towards the climax of the film. We heard the voices of not only the prequel era Jedi like Anakin, Obi-Wan, Qui-Gon, and Mace, but also several Jedi from the animated Star Wars canon. We heard Rebels‘ Kanan Jarrus ( Freddie Prinze Jr.), and several Jedi lost in Clone Wars for example.

And among those voices was none other than Ahsoka Tano, voiced by Ashley Eckstein. This finally was the Ahsoka reference that fans had waited the live-action movies to make for years. But for many, it was bittersweet. Because the implication for many was that Ahsoka was therefore dead in the sequel era timeline. But in an interview with io9, Clone Wars executive producer (and Ahsoka co-creator) Dave Filoni was quick to squash any implication that the former Jedi padawan must be definitively dead in the era of Rey, Finn, and Poe. 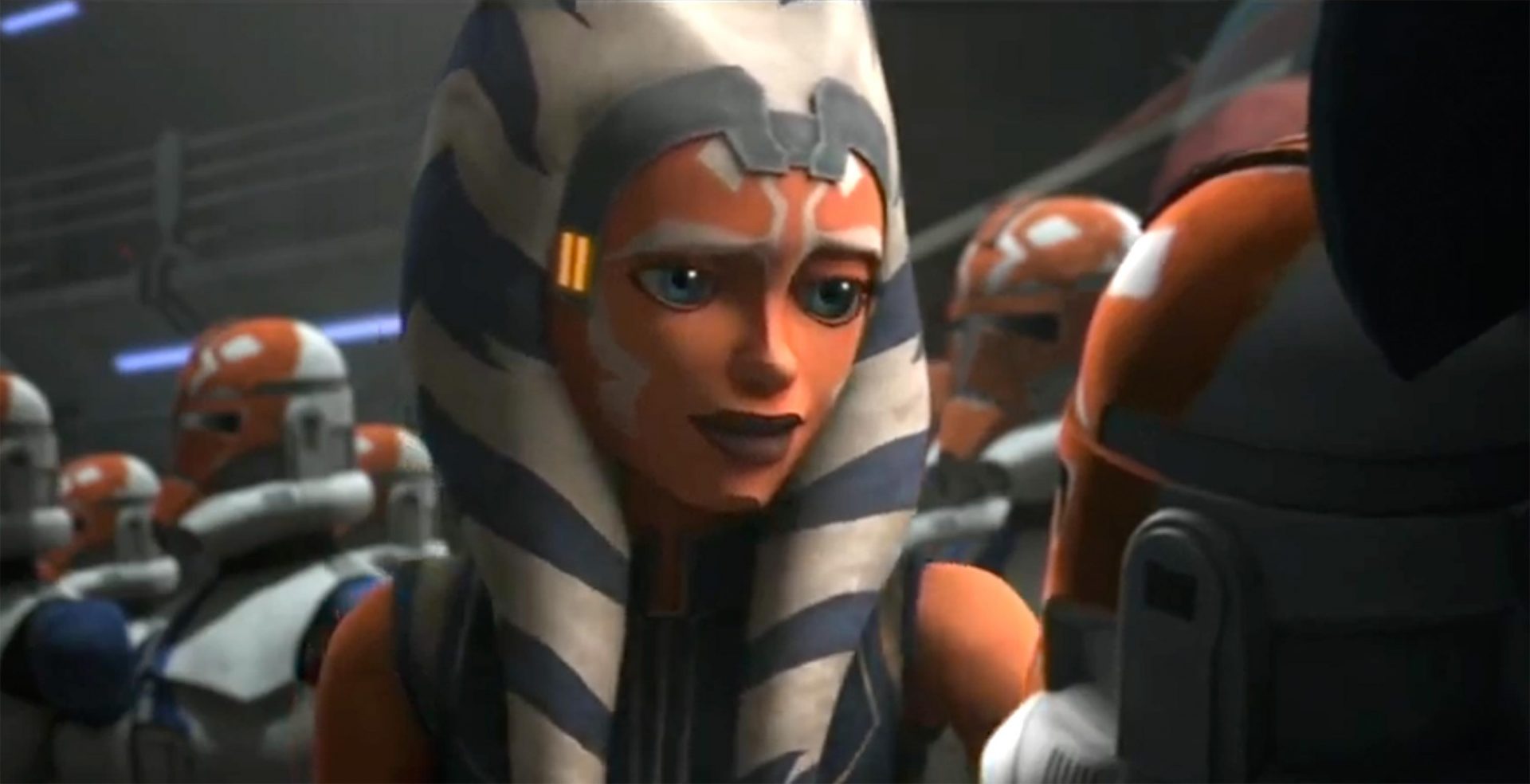 Filoni said the following:  “I have to wonder with Star Wars fans. They seem to watch the movies but they don’t take all the lessons. They deal a lot in absolutes, which is very much a Sith thing. I remember in The Empire Strikes Back Luke speaking out through the force to Leia. Vader also does this at the end of Empire Strikes Back. There’s no absoluteness that these people are dead. I mean, some of them we know are dead.”

Was thinking of all of you this fine morning, Happy Holidays! – Dave

First off, I have to hand it to Filoni to call out modern Star Wars fandom as “dealing in absolutes.” He might have been talking about just the Ahsoka issue on the surface, but I’m going to venture a guess and suggest that was an overall statement about the state of the fandom in general these days. But getting back to the Ahsoka of it all, he’s quite right that the canon has shown living Jedi being able to communicate telepathically with each other via the Force. We saw it as early as the moment between Luke and Leia in Episode V. 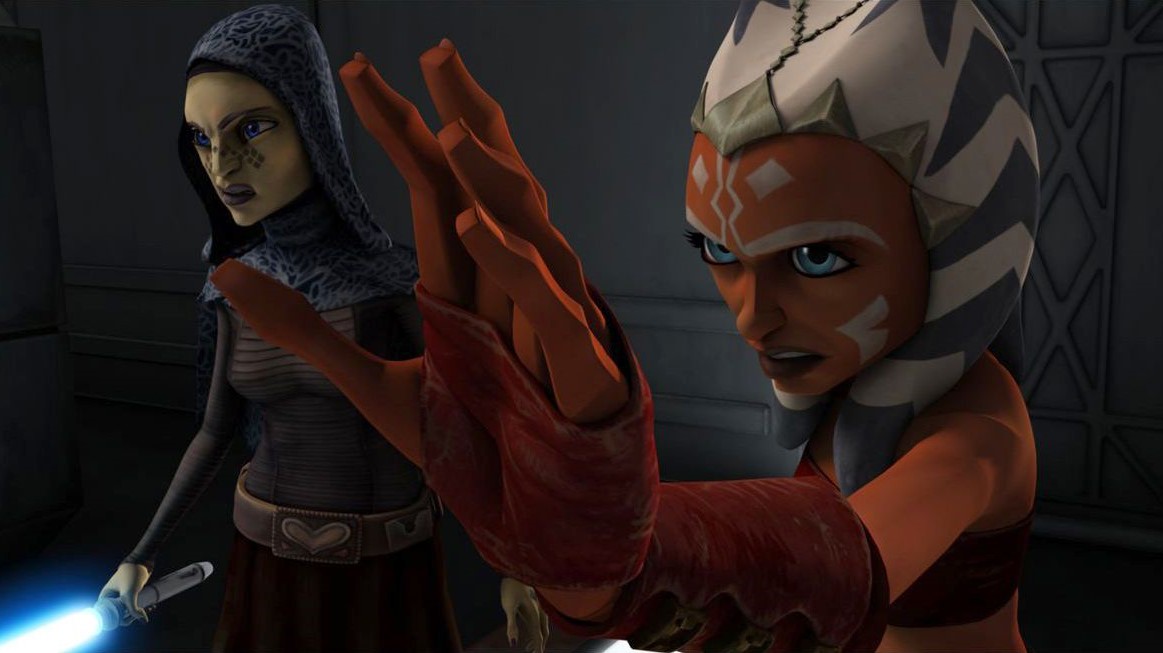 “But wait!” you might be thinking to yourself. “The films also established that projecting one’s thoughts through the Force across truly vast distances can kill you!” True, that is what killed Luke in The Last Jedi. And Kylo Ren suggested that his Force communication with Rey across space should have killed her too. And when Rey heard all the Jedi voices, she was on the Sith world of Exegol, far off in the Unknown Regions. How could a living Ahsoka communicate with her without it killing her too, based on these established parameters?

Well, one merely need look to the end of Star Wars: Rebels for the possible answer. At the end of that series, an epilogue showed events after Return of the Jedi. We see Ahsoka and Sabine decide to venture out and search for the missing Jedi padawan Ezra Bridger, who was last seen lightspeeding away into the deep space. The implication being he was now off somewhere in the Unknown Regions. If Ahsoka and Sabine go off to find him…couldn’t Ahsoka possibly still be in that area when The Rise of Skywalker’s big finale takes place? It’s certainly a possibility. Heck, for all we know, Ahsoka is on Exegol herself! 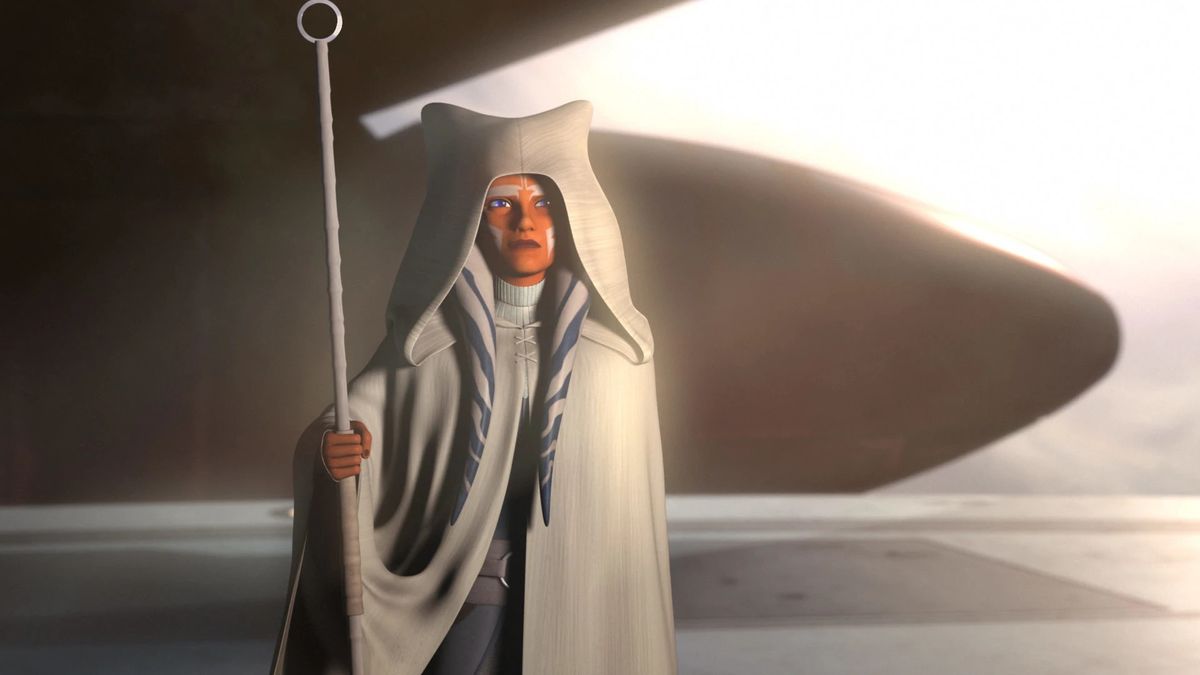 When the character of Ahsoka was first introduced in Clone Wars, many fans assumed she would be dead before that series ended. After all, she’s not even mentioned in Revenge of the Sith, so she must have died during the wars, right? Well, we were very wrong about that. And it would be ironic if she survived not only the Jedi who died in the Clone Wars, but also Luke and Leia as well. Pretty sure no one saw that coming. Here’s hoping that we see more of Ahsoka soon, and the rumored Star Wars: Rebels series centering on her and Sabine is not too far off.