STAR WARS: THE RISE OF SKYWALKER Final Trailer Is Here

It’s hard to believe that the Star Wars sequel trilogy is almost over. It feels like only yesterday that we met Rey, Finn, Poe, Kylo, BB-8 and the other new characters in The Force Awakens. That was 2015, and time has flown by. Now, these characters are part of our collective conscience, same as the old guard folks like Luke Skywalker and Leia Organa. We’ve come to love and care about them–but now, it’s nearing the time to say goodbye. Not just to the new characters, but to everyone in the Star Wars episodic films, which began in 1977, more than 40 years ago.

The time has come for Star Wars: The Rise of Skywalker, the final film in the Skywalker saga, and that endgame is finally in clear sight thanks to the arrival of the final trailer for the film, which just dropped during Monday Night Football on ESPN.

There’s so much to unpack here. We get our first look at Kelly Marie Tran’s Rose Tico in this installment, and a quick shot of Dominic Monaghan’s new Resistance character. (Who looks like he’s clutching onto Billie Lourd’s Lieutenant Connix–are they an item?). There’s Billy Dee Williams’ Lando Calrissian in a few shots, and what could be Admiral Ackbar’s son, who we just met in a canon comic. The Rey and Kylo conflict is once again in full focus. It looks like together they’ll destroy something that definitely resembles the ghost of Darth Vader, meaning they’re probably once again sharing visions and their Force bond must still be working in some way or another. We hear Palpatine’s wicked snarl, and hear voices that sound an awful lot like Force ghost versions of Luke and Leia.

“It’s an instinct, a feeling,” says John Boyega’s Finn in a voiceover. “The Force brought us together.”

“We’re not alone. Good people will fight if we lead them,” adds Poe.

“People keep telling me they know me,” says Rey, once again teasing her parentage, which was teased in The Last Jedi but not necessarily confirmed. “No one does.”

“But I do,” whispers Kylo Ren.

Cut to a number of action shots, including a shot that was teased earlier today, where we see a number of different ships joining the Millennium Falcon in battle, and a look at a new ice planet of sorts. (Could that be Kijimi, where we’ll find Keri Russell’s character, Zorii Bliss?)

And what’s with Palpatine in this trailer? Is he just a ghost, since we only really see a brief shot of his throne? There’s another moment later where we see what appears to be flowing robes; that seems to imply it’s him, but is it really? Because this is a Star Wars trailer, we imagine there’s some subversion going on. But it’s hard to really say. Guess we’ll have to watch it again. And again and again.

We’ll be patiently waiting for Star Wars: The Rise of Skywalker, which soars into theaters on December 20. Tickets are available now. 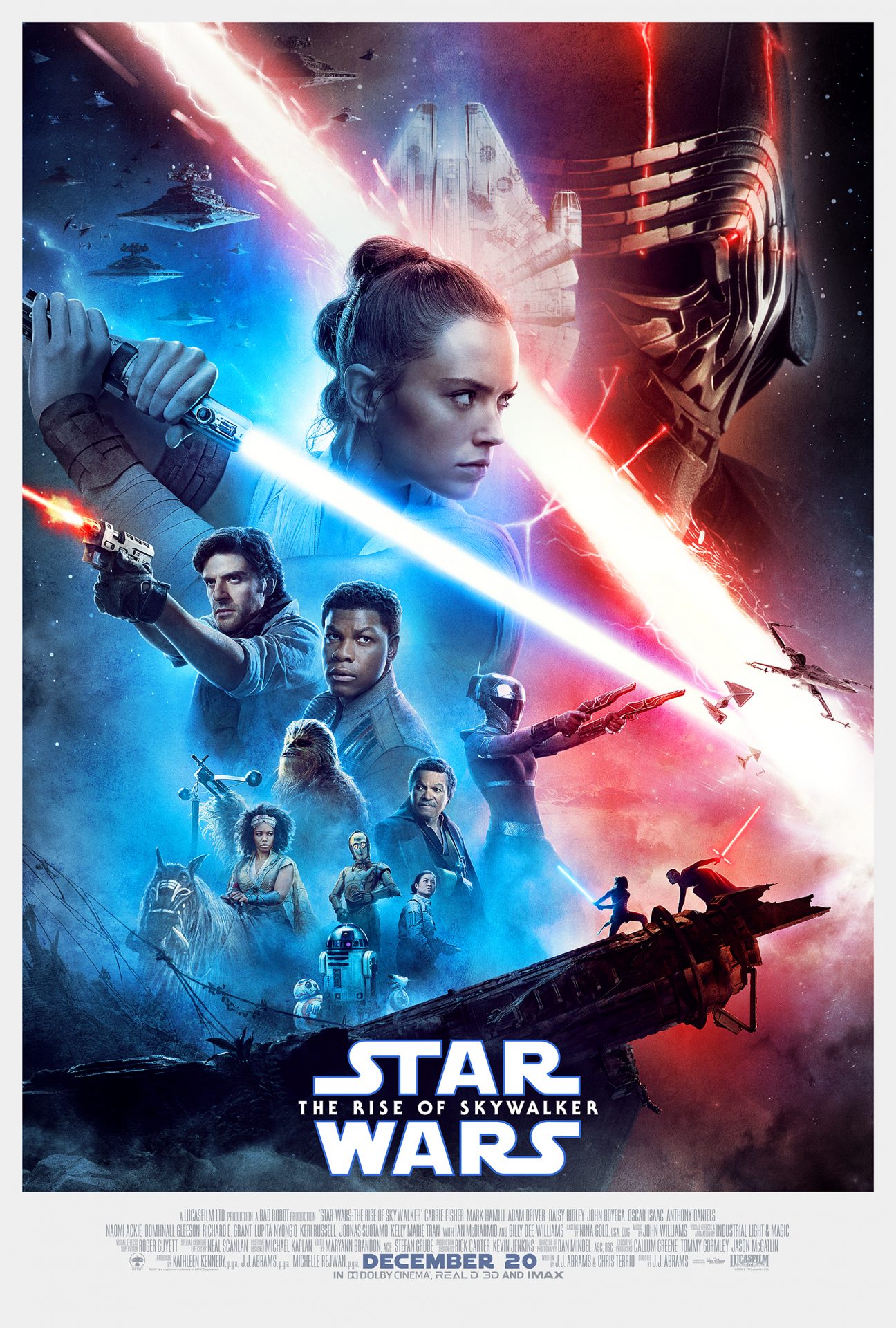