In Star Wars: The Last Jedi, we lost one of our favorite side characters in the galaxy, the brave and mighty Admiral Gial Ackbar. The veteran commander was a Mon Calamari—an aquatic species that sort of look like big, walking squids—famous for his “It’s a trap!” moment in Return of the Jedi. He’s acquired quite the fan base since that first appearance, and it looks like his legacy is about to continue. In the new comic Journey to Star Wars: The Rise of Skywalker — Allegiance #2, we meet a new character named Aftab Ackbar, who is actually the Admiral’s son.

In the comic, from writer Ethan Sacks and artist Luke Ross, General Leia Organa travels to Ackbar’s home planet of Mon Cala with Rey, Chewbacca, and Rose Tico, hoping that Aftab and the Quarren can lend some help to the low-in-numbers Resistance. But, given the events of The Last Jedi and Ackbar’s untimely death, the band of heroes are met with hostility when they arrive on the planet. That’s just the general consensus, however; it looks like Aftab and Leia are actually quite close, and they greet one another with a warm embrace. Aftab even takes Leia into the aquatic depths of the planet to visit a shrine to his father, whom we learn was something of a deadbeat dad considering he only saw his son “maybe once” since his spawning. 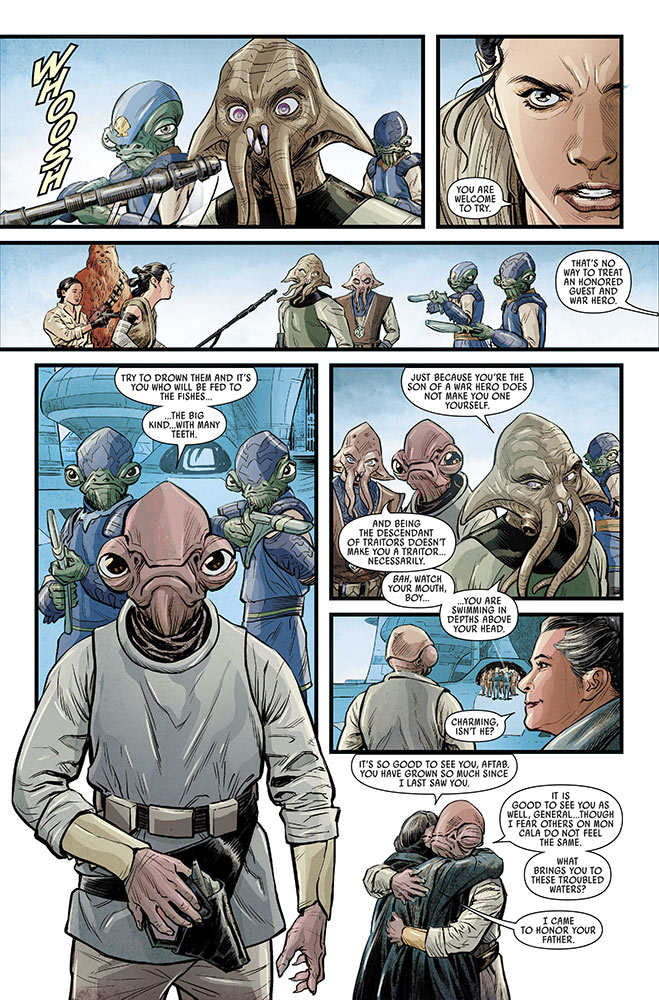 “But I knew him,” Aftab tells Leia. “I studied every battle—every victory. I understand you were with him when he died.”

“Yes,” Leia replies, and we see the sadness in her face as she remembers her dear friend. It’s clearly still a painful memory for her, as she almost died herself in that First Order attack, until she channeled the Force to soar to safety in the knick of time. “Admiral Ackbar was a hero until the very end. I only wish I could have brought his body home.” 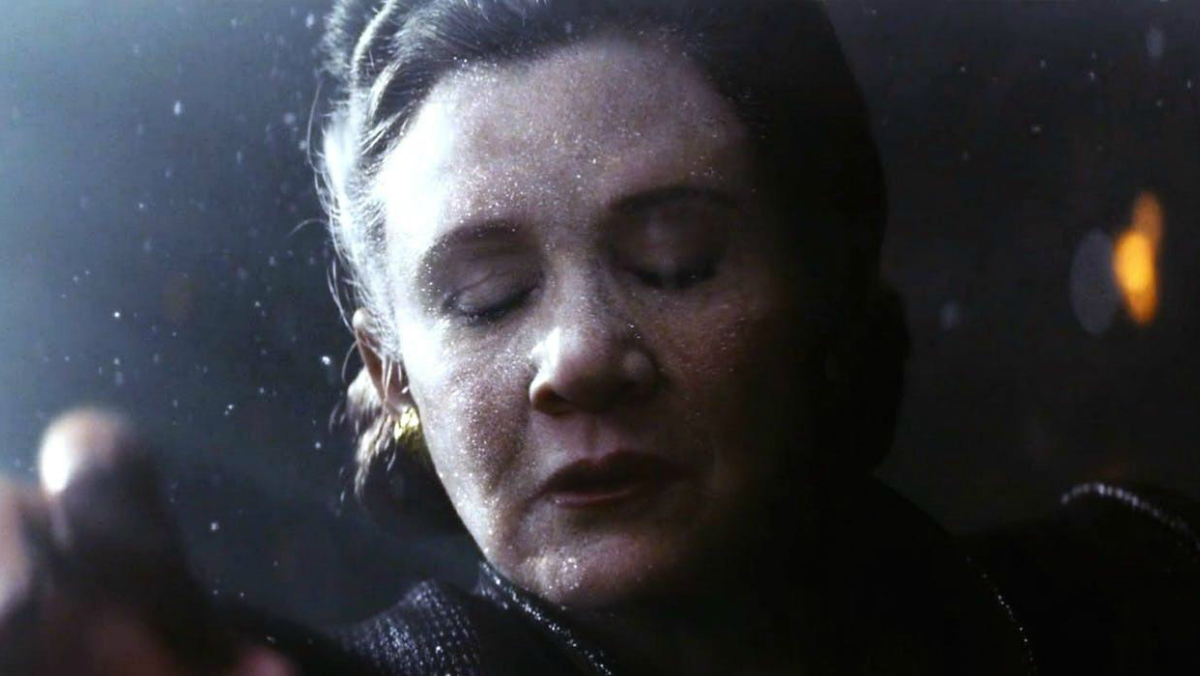 Leia then admits to Aftab that she didn’t visit Mon Cala to simply visit Ackbar’s shrine. She hopes to honor his memory in another way. Though we don’t see exactly what it is she’s referring to in this preview, it’s easy to infer that she’s trying to recruit Aftab to the Resistance. If she’s successful, it’s possible that we’ll see Aftab Ackbar in Star Wars: The Rise of Skywalker, the final film in the nine-part saga, when it opens this December. That could be a nice way of paying tribute to a fallen character, and would continue Star Wars‘ big theme of family, legacy, and hope for the future.

Indeed, our friends at io9 realized that new merchandise for The Rise of Skywalker actually includes a character referred to as “Resistance Mon Calamari General.” Could this be Aftab? And if it isn’t, does Leia successfully recruit someone else from the planet in the new comic?

We’ll find out for certain when Journey to Star Wars: The Rise of Skywalker — Allegiance #2 hits shelves on Wednesday, October 16.