Legendary builder and buster of myths Adam Savage showed off his first-ever lightsaber build in his latest Tested video and the sentimental delight is palpable. Savage talks about how he created the lightsaber prop 26 years ago, and how it’s been with him ever since. And for a first try at the hilt of the iconic plasma blade, the prop is impressive; perhaps even, most impressive.

As the video’s description notes, Savage has made many lightsaber replicas, but this was his first-ever attempt. Savage says he made it after seeing a lightsaber prop in a touring Star Wars exhibition in ’94. The blade hilt was also made in Jamie Hyneman’s shop—Hyneman co-hosted Mythbusters along with Savage—which is a fun footnote.

In the video, Savage compares his original lightsaber replica to a “perfect blank” he purchased off a replica prop forum. “We know all the things,” Savage says of the dimensions, materials, etc. of the lightsabers used in the films, which is why the replica, designed with all those things in mind, stands as a good archetype for comparison.

Today's show and tell features my first foray into prop replication using reference photos: a replica of Luke's lightsaber, which I made in Jamie's shop more than 25 years ago. pic.twitter.com/QefLBPZDTn

Apparently it only took Savage three lunch-hours to create his replica saber, which he machined out of an aluminum rod. Savage also used only reference photos he took of the lightsaber at the exhibition to build his replica. He also notes that he took the photos with “film!,” and seems astonished by how long ago ’94 feels. (And so do we.)

Aside from the walk down memory lane the replica offers, Savage also seems to consider it representative of his own spirit as a builder. “There’s something so pure about [this replica],” Savage says in the video. “It’s a time capsule and I really appreciate seeing it next to what I was attempting.” 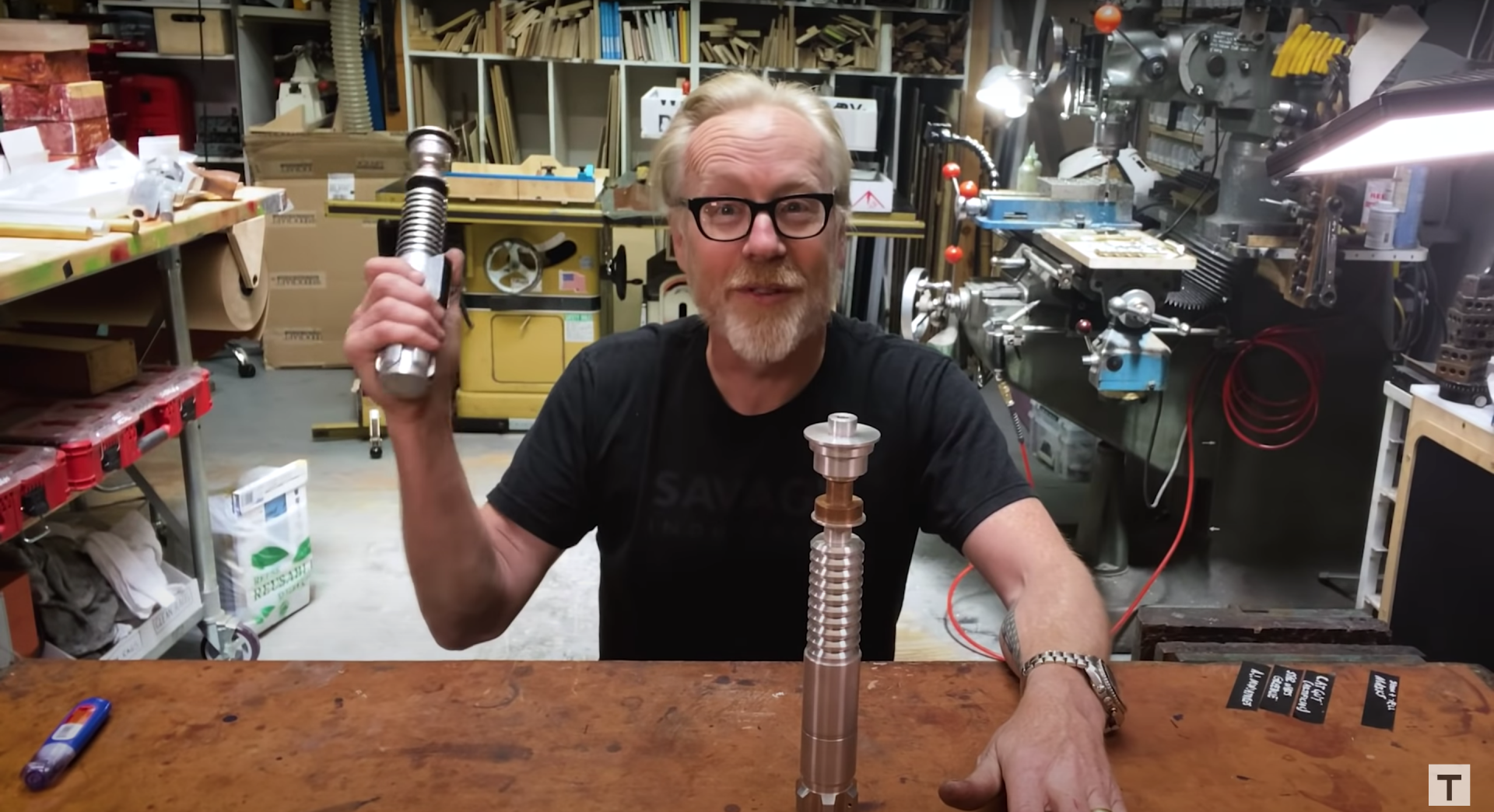 What do you think about Adam Savage’s first-ever lightsaber replica? Do you want to see him add a Hacksmith-ian blade to it like we do? Let’s talk shop in the comments!