Maz Kanata Wasn't CGI in THE RISE OF SKYWALKER - Nerdist

Maz Kanata Wasn’t CGI in THE RISE OF SKYWALKER

If you’ve seen The Rise of Skywalker, you might have noticed something slightly different about the character of Maz Kanata. The diminutive alien was a performance capture CGI creation originally; actress Lupita Nyong’o portrayed her for her introduction in Episode VII. But for this newest film, she’s actually an animatronic instead! 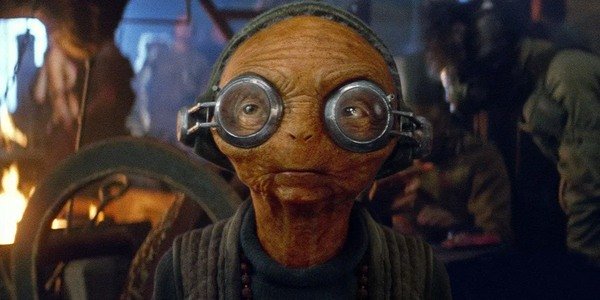 In an interview with Cinemablend, ILM’s creature and special make-up effects creative supervisor Neal Scanlan revealed that for this newest film, J.J. Abrams took a different approach to bringing Maz to the screen. He revealed exactly how Maz came to life this time for Episode IX: 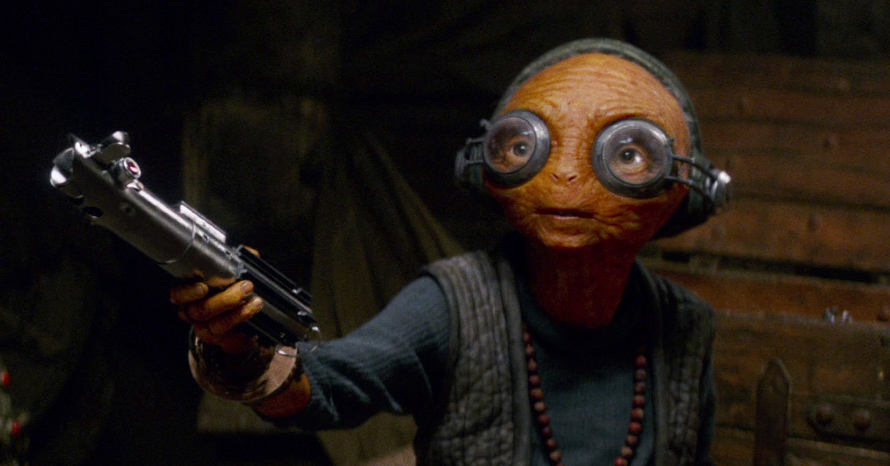 As to why Maz is a very complex animatronic this time and not a CGI performance capture, well….it’s not quite clear. Although Scanlan says they created this new version of Maz as something that would “[bring] the animatronic much more intimately into the scene,” it probably had to do with the actresses’ availability. If Nyong’o couldn’t be on set for some reason, they probably figured it was better if she voiced an animatronic instead. This isn’t confirmed in the interview, but it seems to be the most obvious reason for the switch-up.

The ancient and wise alien first appeared in The Force Awakens, as the owner of a castle and pirate hangout. She’s an old friend of Han Solo’s, and was actually the keeper of Luke Skywalker’s old lightsaber. (Although we never did find out how she got it, did we?) She also had a fairly brief cameo in The Last Jedi. But she serves a bit more prominent role in this last installment of the Skywalker Saga. 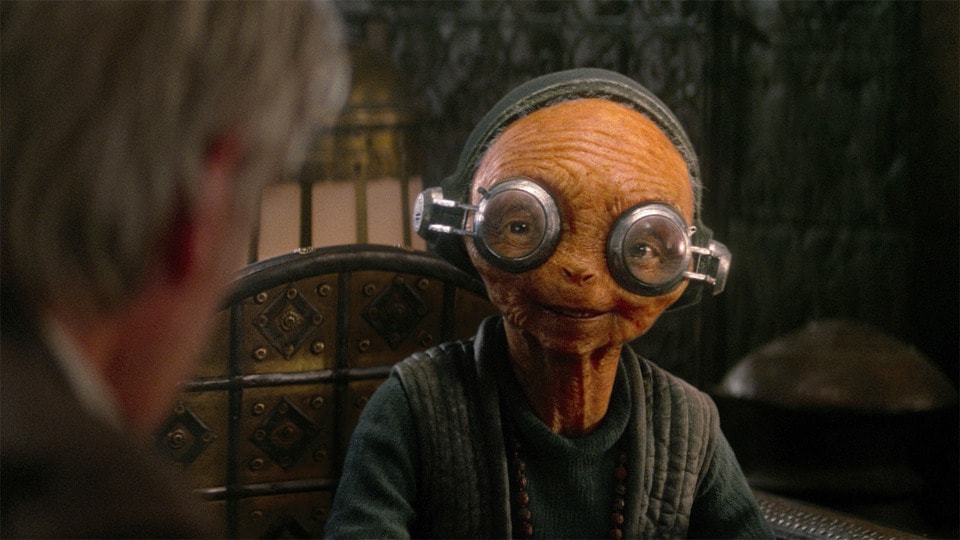 In many ways, this new puppet of Maz makes her the reverse Yoda. When Yoda was first introduced in The Empire Strikes Back and Return of the Jedi, he was of course a puppet. When the time of the prequels came around in the digital age, he then became a CGI creation. Maz on the other hand started as CGI, and then became a puppet. Although I have to say, the difference between puppet and CGI was always very noticeable in Yoda. I didn’t notice the difference with Maz Kanata at all. It’s a true testament to the skills of Scanlan and everyone at ILM.

Given the fact that Maz is over 1,000 years old. She is no doubt going to turn up in many Star Wars projects again. I wouldn’t be shocked if we see the Mando and baby Yoda take a trip to Maz’s castle sometime in The Mandalorian season two. Will she be performance capture or animatronic next time? Impossible to say, but now we know ILM will knock it out of the park with her either way. And most fans probably won’t be able to tell the difference.