For two decades, fans have been hoping against hope that Lucasfilm would once again release the original Star Wars trilogy in its original pre-Special Edition format. But with every new release that the trilogy gets, those versions never materialize. But there is one person who has tried from the inside to get the original cuts of the films released: J.J. Abrams.

The Rise of Skywalker director went on record with Now This News (via Uproxx) to reveal that he asked about getting the original cuts released. Although it wasn’t clear who he asked. But the response was pretty non-negotiable, it seems.

“I’ve been told that, for reasons that I quite don’t understand, that that’s not necessarily possible.”

J.J. Abrams is calling for the original versions of ‘Star Wars’ to be released pic.twitter.com/Hpcq1whPDX

In other words, even a guy who made two Star Wars movies couldn’t make it happen. So just what’s the hold up? After all, Disney now owns all of Star Wars, they can technically do whatever they wanted with any version yet produced (such as, say, re-editing Han Solo and Greedo’s shoot-out yet again). But the prevailing theory is that they’re being held back out of respect for George Lucas. He really doesn’t like his original versions of the films, and sees them all as imperfect. They could release them without his blessing, but the last thing Disney wants is the saga’s creator bad mouthing them. Again.

Another theory why the original cuts aren’t available is that the original camera negatives themselves were altered when creating the Special Editions back in the ’90s. But we know there are very good prints out there that the studio could use to create a solid transfer that would make just about everyone happy. So that reasoning doesn’t quite hold water. It almost certainly is to keep George Lucas happy, and that’s it.

George Lucas actually did release the original unaltered trilogy in 2006. They were the Disc 2 “special feature” for that year’s re-release of the trilogy. But the versions we got were the old transfers done for the 1993 Laserdisc editions, and weren’t even anamorphic widescreen. They are next to impossible to watch on any modern HD television. Heck, they looked bad thirteen years ago! So that release barely counts.

Once the Skywalker Saga is complete, there is no doubt Lucasfilm will release the entire nine chapters in one big 4K Ultra HD Blu-ray set. And if they really wanted to give fans a good reason to purchase it, including decent versions of the original cuts would go a long way to ensuring that happens. After all, 4K versions of the special edition films are already available on Disney+. Making the original cuts part of the special features on a deluxe box set would make sure even Disney+ subscribers put down the cash to buy it. 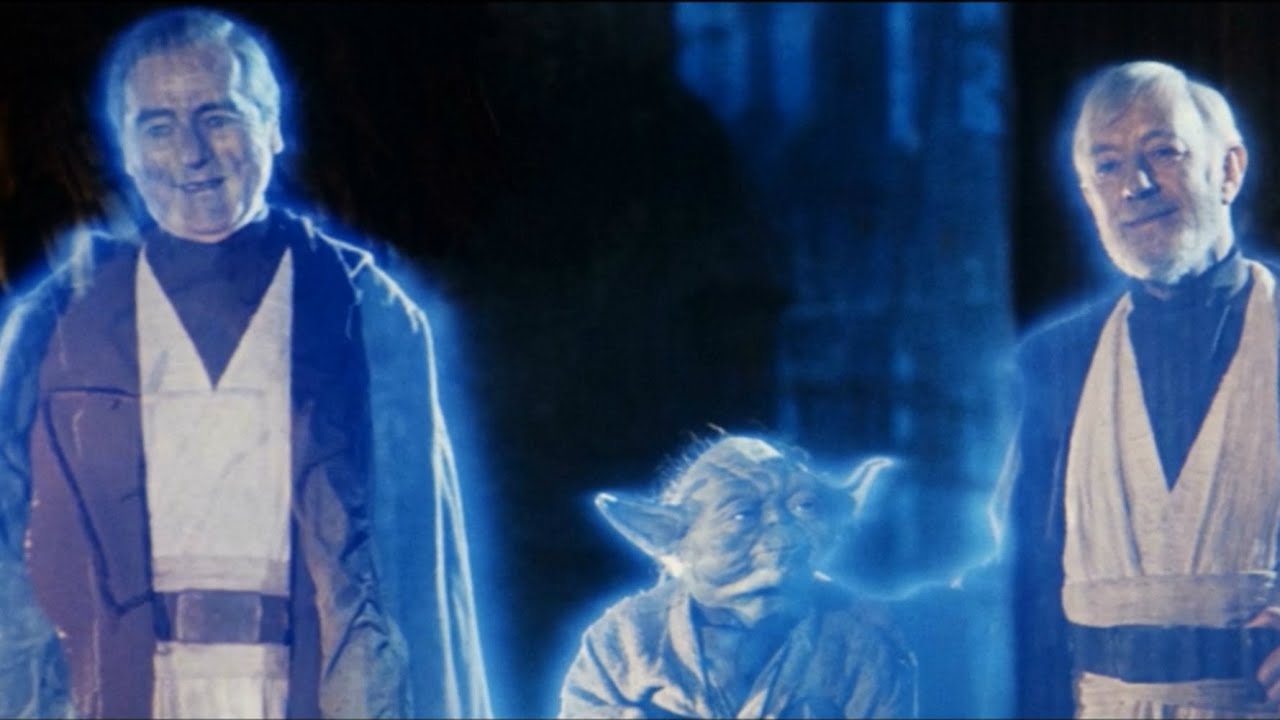 But the depressing truth is we probably won’t see those original versions until Lucas has become a Force Ghost himself. Because without Uncle George’s approval, it doesn’t seem likely to happen. But maybe he’ll feel a lit bit of Christmas spirit this year and allow the fans to have the original trilogy available to them at long last? Maybe the Ghost of Ghosts of Christmas Past, Present, and Future (Obi-Wan, Yoda, and Anakin of course) can turn around Lucas’ Scroogelike stance on his original classics. Stranger things have happened!