How J.J. Abrams Completed Leia’s Story In RISE OF SKYWALKER

Carrie Fisher died in December 2016, just over a year before the release of Star Wars: The Last Jedi, leaving behind a tremendous legacy not only as the franchise’s Princess (and later General) Leia, but as a versatile actor, writer and comedian on stage, screen and in print. Fisher thankfully completed her scenes on The Last Jedi, ensuring that Rian Johnson’s vision for Episode VIII would arrive in theaters intact. But when time came to complete the “sequel trilogy” – and to wrap up the nine-film Skywalker Saga – questions lingered about how to gracefully bring back the character of Leia to complete her story. 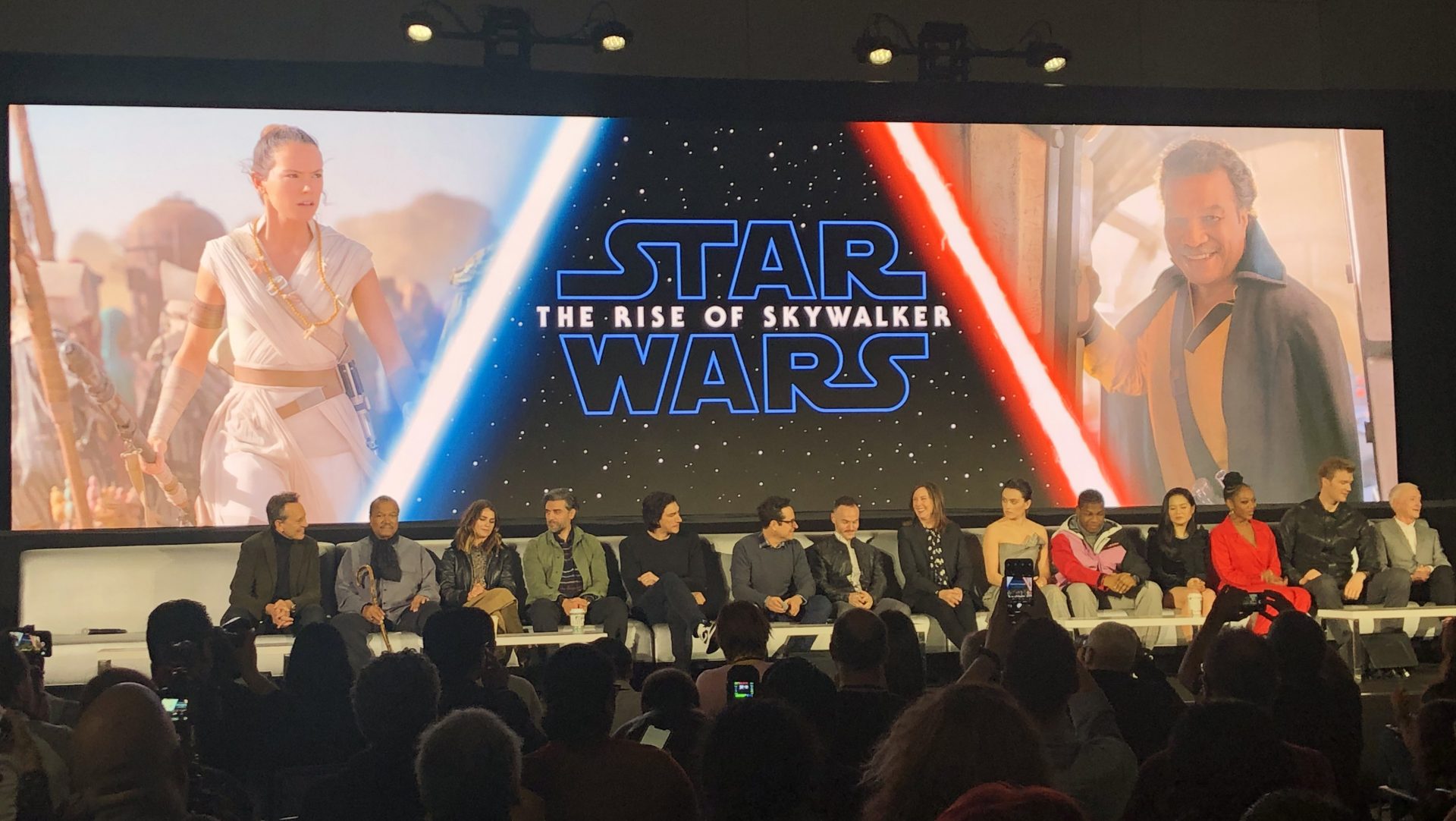 At the press conference for The Rise of Skywalker held this week in Pasadena, California, director and co-writer J.J. Abrams revealed not just the process but the feelings associated with finding the right way to honor a woman who’s been an integral component of Star Wars lore for literal decades. “I, like everyone here who knew her, loved her,” Abrams told reporters Wednesday in a news conference. “The idea of continuing the story without Leia was an impossibility.

Kelly Marie Tran, who played Rose Tico in The Last Jedi, indicated that the cast and crew mounted a collective effort to honor Fisher’s legacy and to do her work justice with their own. “There was this idea that J.J. has talked about ending nine films, and Carrie was such as part of all of that,” Tran said. “So there was a lot of wanting to honor this thing and do right by this thing. And I think that she’s pretty effing incredible in this movie.”

But how? It turns out that Abrams, like his successor Johnson, shot scenes with Fisher during the production of the first two Star Wars films they later realized they could shape into a coda for General Leia. “When we went back to look at the scenes that we hadn’t used in The Force Awakens, what we realized was we had an opportunity. We could use that footage, use the lines she was saying, and literally the lighting,” he said as he was interrupted by a light going out in the room. “Wow, that’s amazing,” he mused. “That was creepy. Hi, Carrie! That also is so Carrie also.

Abrams first enlisted Fisher’s daughter, actress Billie Lourd, to join her on The Force Awakens in a small role. He said that using footage that featured them both created a throughline and a sense of legacy that he’s very proud of as The Rise of Skywalker finally comes to theaters. “Working with all the actors, including Billie Lourd, who’s in scenes with her, we were able to, I think, do something that Carrie herself, I’d like to think she’d be happy with,” Abrams said. “She is great in the movie, of course. But it’s still emotional and moving to think of her and how sad we are that she’s not sitting her along with us.”