Luke and Leia’s Legacy Lightsabers Get a Deluxe Replica Set

One of the things to disappoint fans about with The Force Awakens was that Princess Leia was not a Jedi Knight. After the revelation of her Force-sensitive nature, we all expected to see Carrie Fisher brandishing a lightsaber. And to see her training under the eye of her brother Luke Skywalker. But instead, despite hints of her Force powers, Leia was a general. Pretty good, but no Jedi. 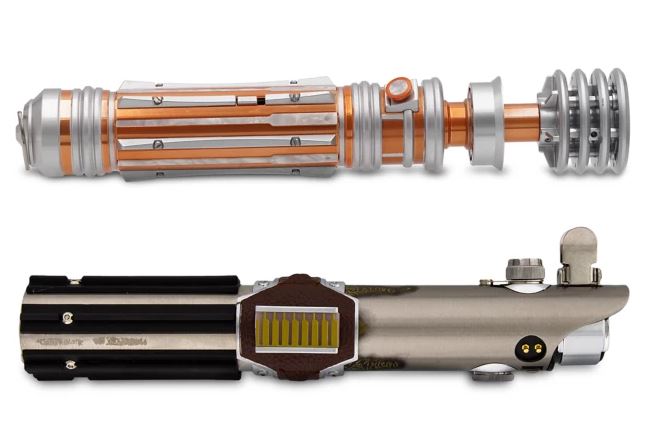 In The Rise of Skywalker, however, we learn that Leia actually did complete her Jedi training. She even constructed her own lightsaber, before giving up the Jedi path. But we get to see Leia show her superior lightsaber skills in a flashback. Say what you will about the movie, but this moment longtime fans all the feels.

Now, thanks to Galaxy Edge’s at Disneyland and Walt Disney World, fans can buy a detailed Skywalker Legacy Lightsaber Set. The new set features a pair of lightsaber hilts inspired by those of the Skywalker twins’ from  The Rise of Skywalker. 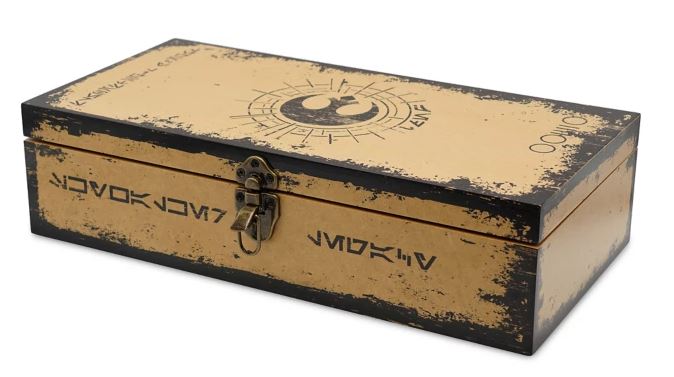 The hilt set arrives within a decorative Rebel Alliance-themed box. When the custom box opens up, “ The Princess Appears” by composer John Williams starts to play. Of course, this is also known as “the Force theme” to many a Star Wars fan. A unique crest of the Rebel Alliance features prominently in front of the case. Written on it is the word “Jedi” in Aurebesh. Which is the official language of the galaxy far, far away. Other Aurebesh phrases translate to ”Legacy Lightsabers” and ”Skywalker Legacy” 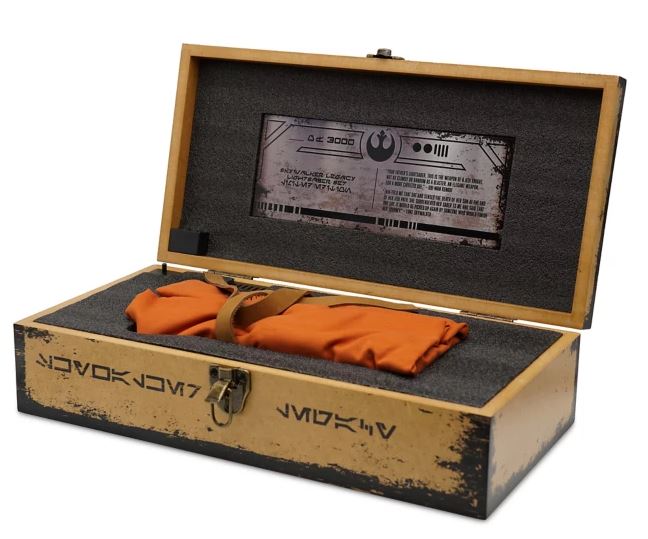 In a statement, the Disney company says “each activates sound effects and illuminates in blue when you attach one of our Lightsaber Blades, sold separately. The Skywalker Legacy Lightsaber set is limited to 3,000 pieces only. It is now available to order on Shop Disney for a retail price of $375.