Rumored KNIGHTS OF THE OLD REPUBLIC Project Is Actually a Trilogy

For years and years, fans of the galaxy far, far away have been clamoring for a feature film adaptation of the fan-favorite role-playing game series Knights of the Old Republic. Now they just might get their wish. After reports of a KOTOR project in development were confirmed at Star Wars Celebration 2019, Buzzfeed News reports that writer Laeta Kalogridis (Avatar, Shutter Island) is working on a potential trilogy based on the RPG. Kalogridis would be the first female writer on a Star Wars film since The Empire Strikes Back, when “Queen of Space Opera” Leigh Brackett received a co-writing credit alongside Lawrence Kasdan.

Set thousands of years before the formation of the Galactic Empire, KOTOR (as it is commonly abbreviated) tells the story of Darth Malak, a former Jedi-turned-Sith Lord, who unleashes a deadly Sith army on the Republic. Players take the role of a Jedi and travel around the galaxy in order to defeat Malak, navigating a web of murky morality, difficult choices, and all manner of perilous situations. Considered to be one of the best video games of all time, KOTOR is also widely lauded for its setting, which felt unlike anything Star Wars fans had seen before its release in 2003.

Speaking with MTV News‘ Josh Horowitz at Star Wars Celebration, Lucasfilm head honcho Kathleen Kennedy cut straight to the point like a lightsaber through butter when asked if they were developing any projects around Knights of the Old Republic.

“You know, we talk about that all the time,” Kennedy said. “Yes, we are developing something to look at.” 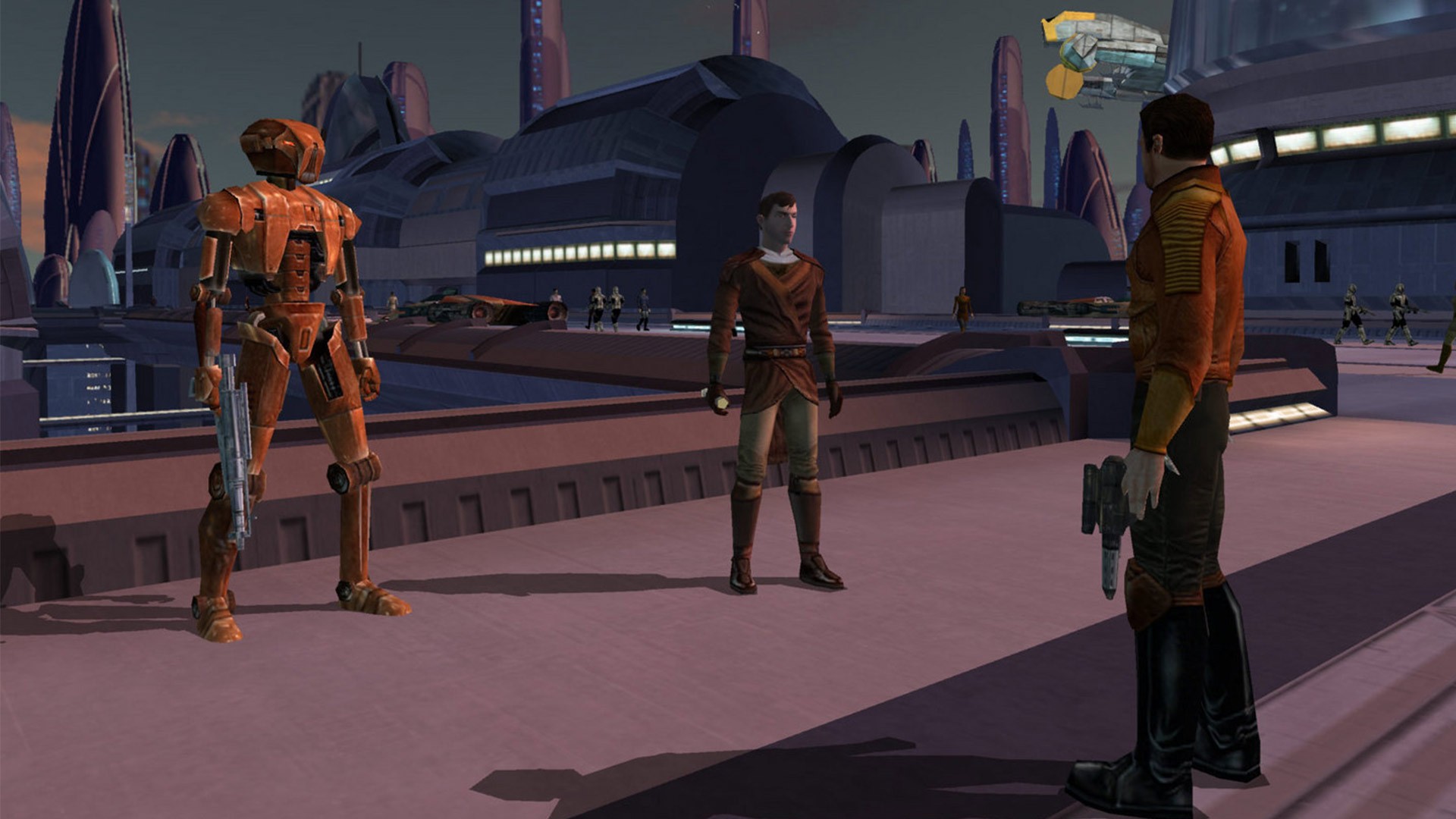 There’s no official confirmation yet on whether this is actually a trilogy of films, a TV series, or a new game, but something is coming. That said, you may wind up being as old as the Republic itself by the time this project finally makes its way to screens near you. Development is something that can take many, many years before we ever see a finished product. In the case of Bruce Lee’s dream of making a martial arts drama for TV, it took nearly 50 years.

Kennedy revealed that Lucasfilm is having conversations with  The Last Jedi director Rian Johnson and  Game of Thrones showrunners David Benioff and Dan Weiss about their two trilogies and mapping out the next decade of Star Wars. This means that not only could it take at least 10 years to see this Knights of the Old Republic project on the big screen (if it is, in fact, a movie), but that neither Johnson’s nor Benioff and Weiss’ trilogies will focus on the Old Republic era as some initially speculated.

“Right now, I have no idea where things might fall,” Kennedy continued. “But we have to be careful that there is a cadence to Star Wars that doesn’t start to feel like too much.”

Citing Solo, which failed to live up to expectations at the box office, Kennedy explained that Lucasfilm’s attempt to produce two Star Wars films a year was not working and that they will be backing off that strategy going forward.

In the meantime, we have  Star Wars: Episode IX – The Rise of Skywalker hitting theaters this Christmas and the first-ever live-action Star Wars television series,  The Mandalorian, launching on the forthcoming Disney+ streaming service this November. Plus, you can basically play Knights of the Old Republic on any device you own at this point, so take this unexpected gift of time and play it for the first time or replay it for the umpteenth.