Despite rumors circulating from not-so-reputable sources, Marvel’s Kevin Feige is not leaving that studio and taking over Lucasfilm. A recent report in Variety confirms this. But Hollywood’s most successful producer is still making a Star Wars film in the not-too-distant future. And it’s one we know almost nothing about. But whether Feige produces it with or without Marvel Studios backing, the man is synonymous with Marvel as a brand at this point.

So, given that this is a “Marvel Star Wars” of a sort, there should be something tying into Marvel Comics’ long and rich history with the Star Wars brand. Now, as we said, we know no details about Feige’s film. But it’s still a Star Wars. We can expect there will be space, and scenes with lots of different aliens.  Knowing that, here are some classic Marvel Comics Star Wars characters we’d love to see as Easter eggs sprinkled in the background. All as a hat tip to Star Wars’ original home beyond the films. 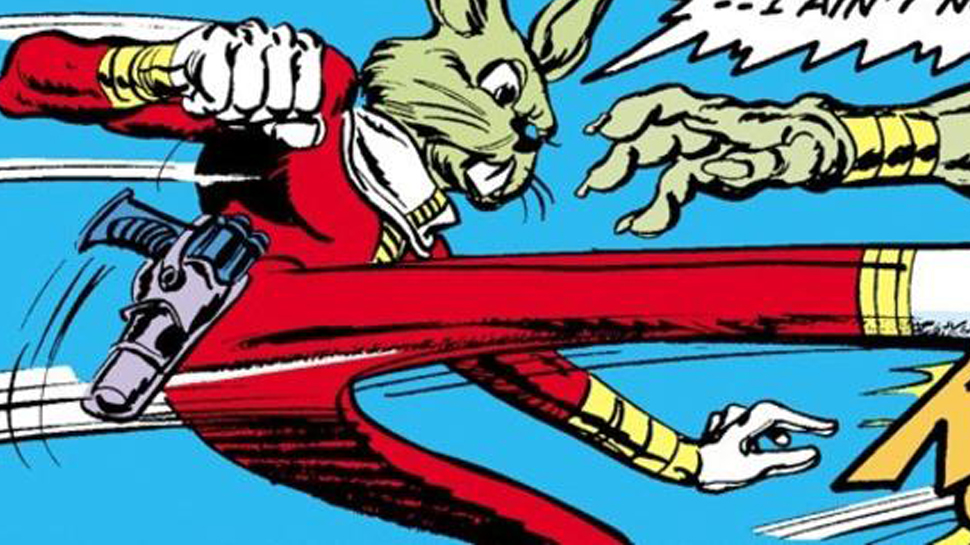 One of the very first post-A New Hope characters introduced into Star Wars lore was the smuggler Jaxxon. He first appears in Marvel’s Star Wars #8 in 1978, which was one of the first stories set beyond the adaptation of the original film in any medium. Jaxxon was a tall, humanoid green rabbit, a member of the Lepi species. He made several appearances, but George Lucas asked that they retire the character, as he was “too silly.” (Jar Jar Binks would like a word.) Created by Marvel Comics legend Roy Thomas, we think he should definitely pop up having a drink in a cantina somewhere. 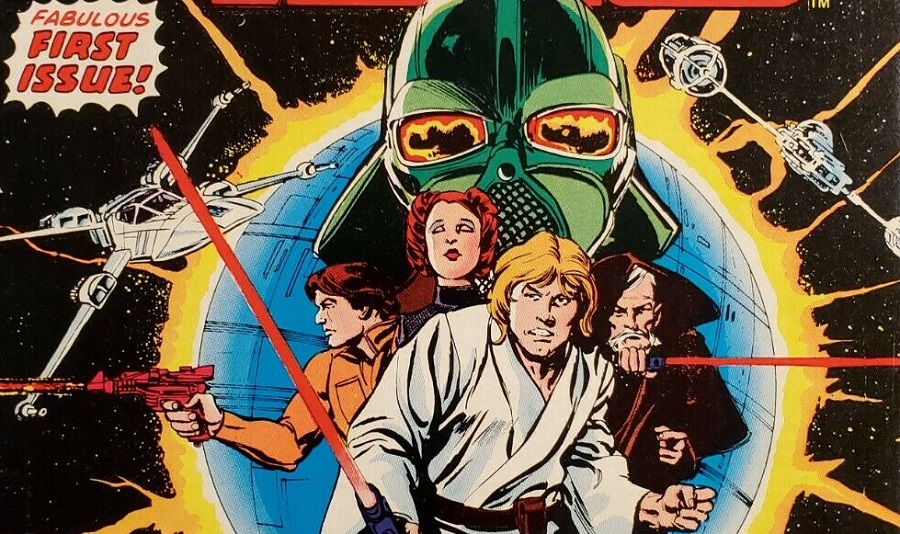 The main characters from A New Hope are vastly different on the cover of Star Wars #1 than what we see on the screen, or even in the comic within. Marvel’s artists hadn’t seen the movie when starting the comic, and only had production art and photos to go off of. Many not even in color. Luke mostly looks like Mark Hamill, with a little Conan the Barbarian flair. But Princess Leia has red hair and a black outfit. Han is in what looks like an orange mechanic’s jumpsuit. And Darth Vader? He’s the most off-brand. He has a bright green helmet, with a weird mesh breathing apparatus. Who are these people? If a group of characters who look like this are somewhere wandering around in Feige’s film, it would be the ultimate homage to Marvel’s first-ever Star Wars.

The Star Wars sure saga loves its diminutive alien creatures. From Jawas to Ewoks to Grogu, cute small aliens are a galactic staple. But Marvel’s Star Wars comics loved tiny weird aliens, too. The Hoojibs are species of sentient, telepathic, energy-feeding rodents indigenous to the planet Arbra, and first show up in Marvel’s Star Wars #55. They were kind of like Star Wars gremlins, and loved to feed on the Rebel’s equipment. The Hoojibs made several appearances, and even appear outside the comics in a special book and record story called Planet of the Hoojibs. We need to see one of these lil’ guys scurrying around in a Feige Star Wars film. 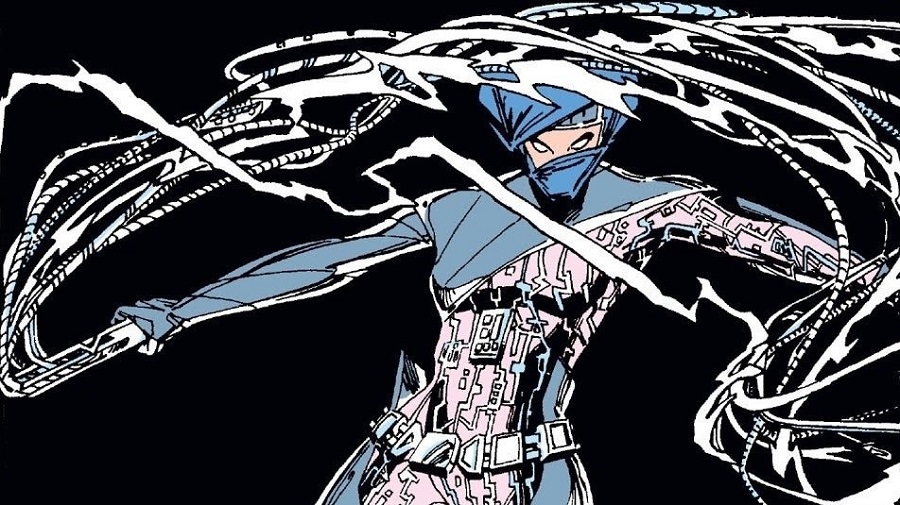 Most of the entries on this list are silly things Marvel Comics writers came up with. Simply because Lucas’s universe was still so new, they were making it all up on the fly. But one of these characters is utterly cool. And she honestly deserves to be officially canonized in some kind of live-action Star Wars. Lumiya is the “Dark Lady of the Sith,” a Force-sensitive warrior trained to infiltrate the Rebel Alliance. She’s eventually given cybernetic enhancement by Darth Vader himself. Marvel’s artists gave her a super cool design, and she even had a lightsaber-esque whip! There’s got to be a role in a Feige Star Wars for this badass warrior somewhere. Or at least someone who looks like her. 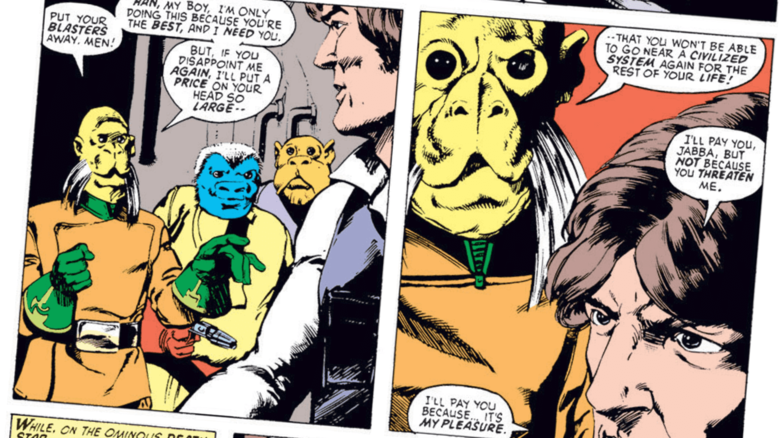 Pretty much every Star Wars fan knows that Jabba the Hutt was originally going to appear in A New Hope, and an actual actor portrayed him on set. The intent was always to replace him with some kind of special effect. Although that took twenty years to happen. But back then, no one knew what Jabba’s alien look was. So artist Howard Chaykin designed one on his own. And this non-slug, yellow-skinned Jabba appears in the pages of the comic. We’d love to see the Marvel Comics “Hut” (yes, it was misspelled) pop in for a scene or two in Feige’s Star Wars film. Just make sure he speaks Huttesse, so we know who he is. 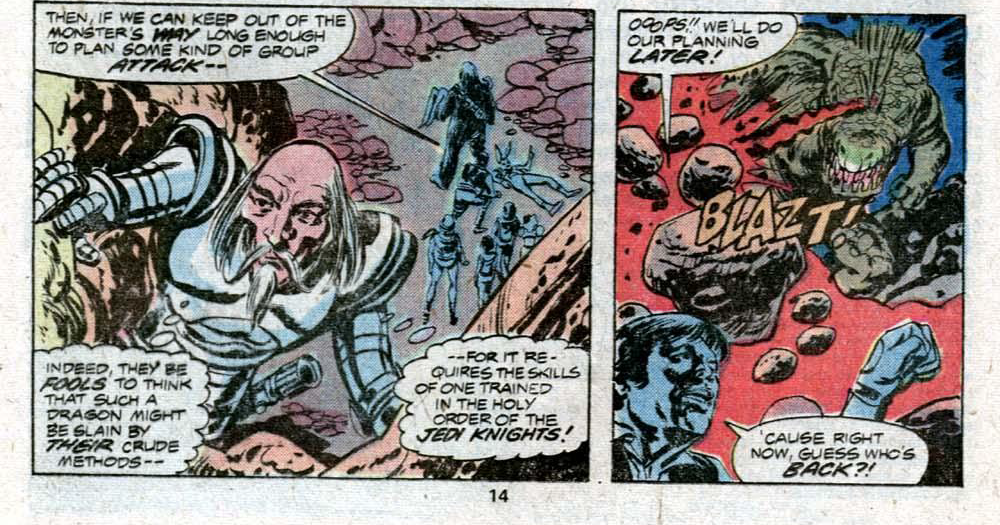 Don-Wan is yet another very silly character created in the earliest days of Marvel’s Star Wars comics. Much like “Jaxxon” was a wink and a nod to Bugs Bunny calling himself “General Jackson” in some cartoons, Don-Wan Kihotay was an even more obvious joke on fictional Spanish literary legend Don Juan Quixote. In the comics, he was an old man with slight Force powers, who obsesses over the lore of the Jedi. He poses as a Jedi named “Don-Wan,” a take on Obi-Wan we imagine. (There were no other Jedi to go on at this point.) Don-Wan is just a goofy guy in robes, but if he somehow shows up as a background character, we’d love it.