Mandalore’s warriors and the Jedi haven’t always been the best of friends. And few people in the galaxy far, far away get along with bounty hunters period. But The Mandalorian has been changing all of that. Din Djarin’s relationship with Baby Yoda has brought three very different groups together. Now one artist has imagined the kind of long term ramifications that could have for Star Wars, centuries into the future. He has created a figure of Grogu as a bounty hunter who proudly wears beskar steel like his adoptive father before him. And not only do we want this figure, we’d watch this show.

Artist Sean Viloria has made a custom 18-inch tall, 1/2 scale figure of Grogu that imagines the Child as a bounty hunter. (Which we first saw at Geeks Are Sexy.) The piece features the little green tyke all grown up and donning beskar steel, like Boba Fett, Bo-Katan, and Din Djarin. He also wears plenty of clothing to keep him warm on a cold planet. As well as a custom shaped Mandalorian helmet to cover his big ears. Even a bounty hunter has to eat, though, so he also lugs around his own container of fish eggs. Most importantly, he also carries a full array of weapons. Lightsabers dangle from his waist, a rifle is slung across his back, and he carries a spear in hand. Grogu the Hunter is ready for all battles. 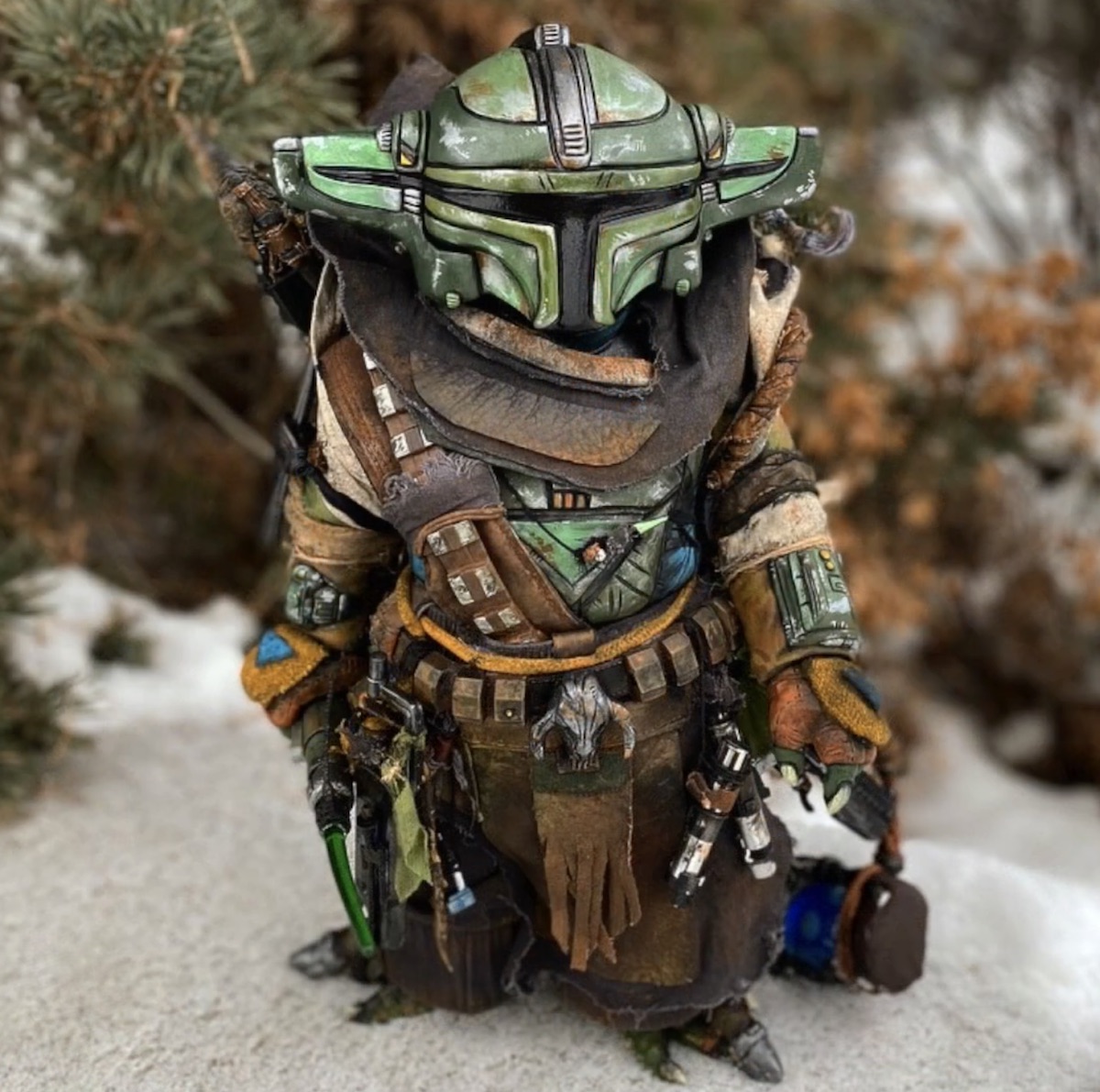 And he looks like he’s been in a few. The wear and tear visible on his gear show he has never shied away from a fight. He’s been fighting them for a long time too. An opening scroll gives the background of the bounty hunter formerly known as Baby Yoda’s prey.

It reads, “300 years after the fall of The Empire Grogu continues his quest across the galaxy in search of ancient Jedi relics.” 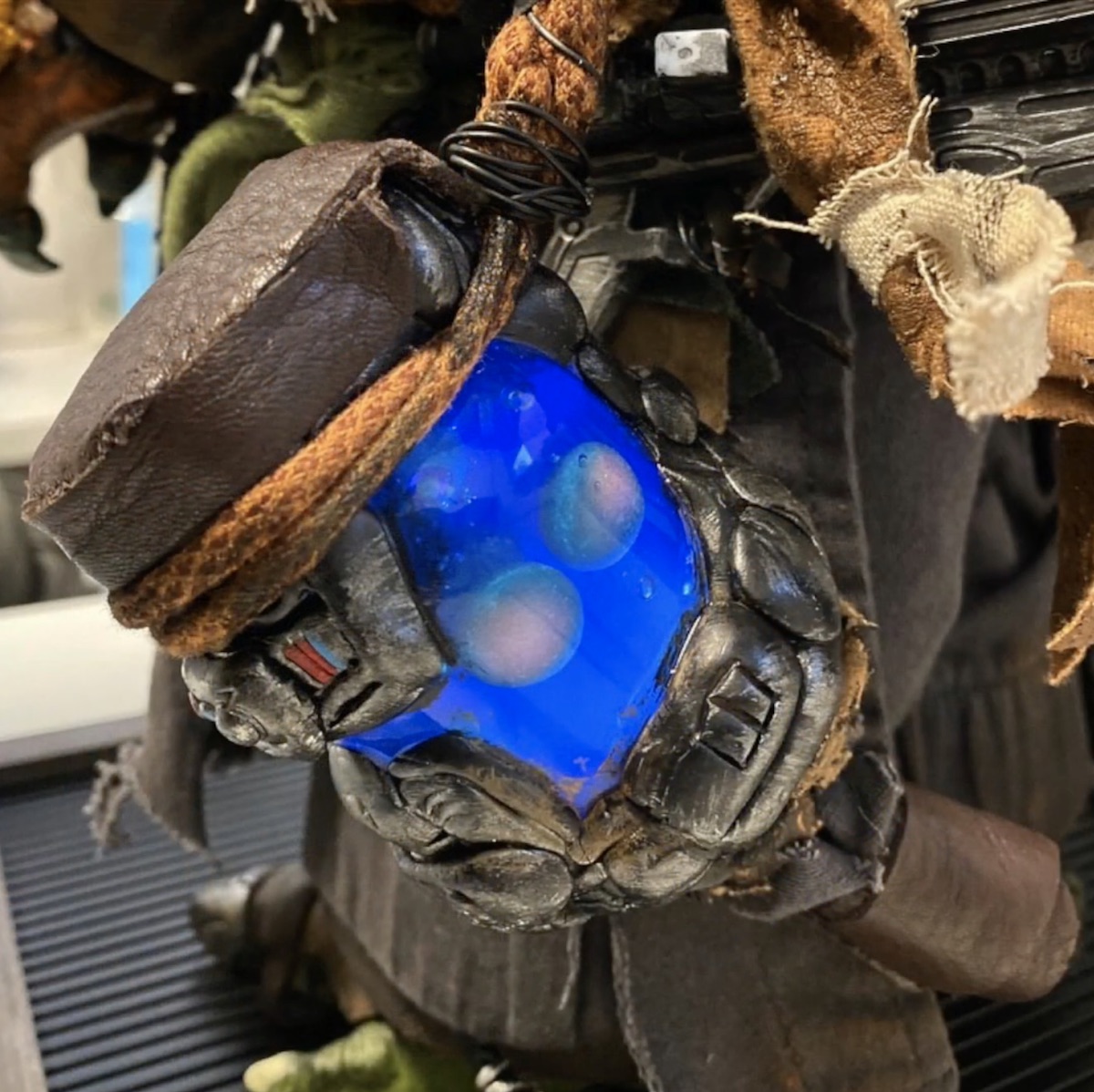 A Mandalorian warrior serving as a bounty hunter who seeks out Jedi relics? A long time ago in a galaxy far, far away that wasn’t the type of story the Jedi would tell you. Now it sounds like a perfect spinoff.