The Final Season Of THE CLONE WARS Is Coming To Disney+

UPDATE 8/23/19 – At the D23 Expo in Anaheim, it was announced that The Clone Wars season 7 will be available to stream on Disney+ starting February 2020.

The Clone Wars, the first animated series set a galaxy far, far away, is giving fans something they’d never thought they’d see: a final season. Thanks to three clips and an all new trailer that premiered at this year‘s Star Wars Celebration we now know what to expect when the show returns.

Lucasfilm pulled off a true stunner at last year’s San Diego Comic-Con, when it announced The Clone Wars will get a final 12 episodes. The last season of the prequel-era series will debut on Disney+ sometime after its November launch. That first teaser promised to give us the infamous Siege of Mandalore, one of the last battles in the Clone Wars. It’ll also see a reunion between Anakin Skywalker and his former padawan Ahsoka Tano.

The newest trailer, which debuted at this year’s Star Wars Celebration, offers a more in-depth look at the final season. We’ll see new characters, including a special group of powerful clones with enhanced traits. Ahsoka will also reunite with her loyal clone troopers, join up with Anakin, and do battle with an old enemy.

The panel, hosted by Star Wars stalwart Warwick Davis, welcomed show creator Dave Filoni and cast members Ashley Eckstein (Ahsoka Tano), Dee Bradley Baker (clone troopers), and Sam Witwer (Darth Maul) – along with some extra special guests. Together they discussed how the show managed to beat cancellation and what fans can expect from the final season. At least as much as they could without spoiling it.

Filoni revealed the lightsaber fight between Ahsoka and Maul is even more epic thank you’d think. Ray Park himself to perform Maul’s move in a motion-capture suit. Filoni says it’s as big a lightsaber fight as the show has ever had.

In addition to the new trailer though, the panel also shared three clips from the series. The first showed off the newest clone trooper unit, an experimental group known as Clone Force 99. The five-clone unit took out an entire dorid fleet with precision and skill. The second clip, an exciting action sequence, showed Ahsoka barely surviving a faulty bike. 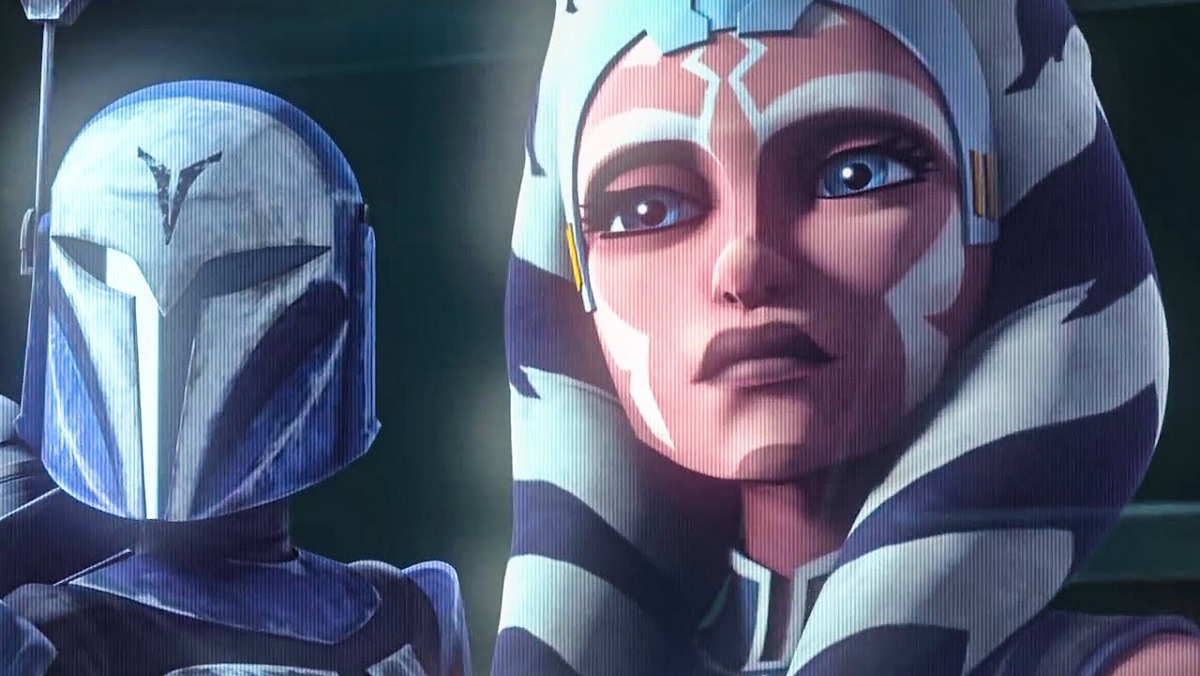 However, the last, unfinished clip saw Ahsoka’s reunion with Captain Rex, who created specially painted helmets honoring their former commander. This resulted in the most emotional response from the crowd, and especially Ashley Eckstein. She cried last year when Dave Filoni just told her about it!

The Clone Wars‘ final year is shaping up to be better than fans could have hoped for. Pretty good for a show saved from the cancellation pyre.