There’s nothing like a good Star Wars fan film to satiate, or whet, the appetite for an adventure in a galaxy far, far away. A new short film from a production company in Australia may somehow do both, as it packs some serious animation into a two-minute clip. The video’s visual effects are so stunning, in fact, it’s easy to imagine mistaking the footage for real actors working on a real set. At least for parts of it, anyway.

The Australian production company Wireframe Cinematics recently posted the short film to the YouTube channel Frostbite Cinematics. As the creators note, this was the company’s first attempt at a short film. And they made it as an entry into the Cinematic Captures fan film competition. 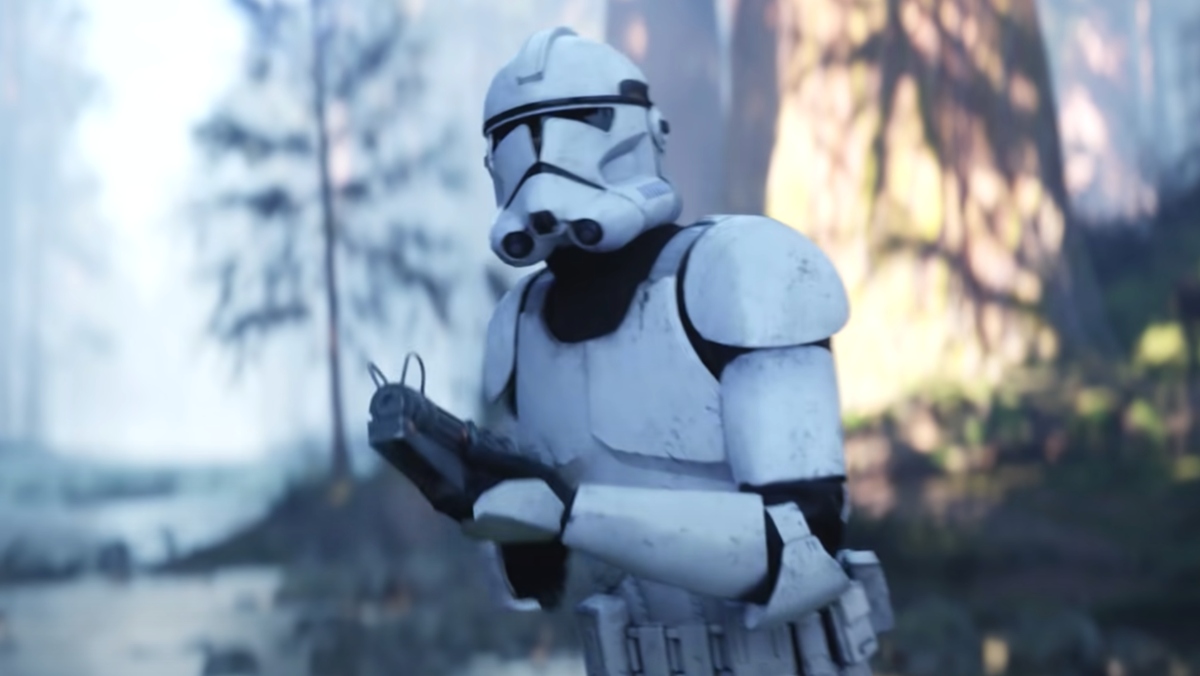 The short, Against All Odds: A Star Wars Animated Short Film, drops viewers into the middle of a blaster fight between clone stormtroopers and battle droids. We then watch as our protagonist, one of the stormtroopers, sees his buddies die all around him; coming right to the fine edge between life and death himself. That is, just before his other buddies come and rescue him with a Republic Gunship. Just like this LEGO Republic Gunship, but way more realistic.

Although the story is brief and simple the visuals are jaw dropping. The creators note they sourced most of the short’s models, textures, and animations from Star Wars Battlefront 2 and Star Wars: Jedi Fallen Order. The whole thing was put together using Unreal Engine; a game engine (or software framework) developed by Epic Games.

For those who enjoyed the short, we highly recommend checking out the original Wireframe animation on which it’s based. That short, above, is an alternate rendering of Against All Odds, and it has extra scenes. Speaking of which, who’s hungry for more Star Wars now?