May the 4th is the most sacred day in the galaxy far, far away, when fans everywhere celebrate all things Star Wars. It’s a time to honor our favorite Jedi and droids, planets and ships, and Maggie Simpson. Okay, Maggie isn’t typically a big part of Star Wars Day, but she is this year. Disney+ kicked off the festivities with a new short about Springfield’s most beloved baby, in “The Force Awakens from Its Nap.” And if you’re a fan of The Simpsons, you know which Sith infant plays her sworn enemy. 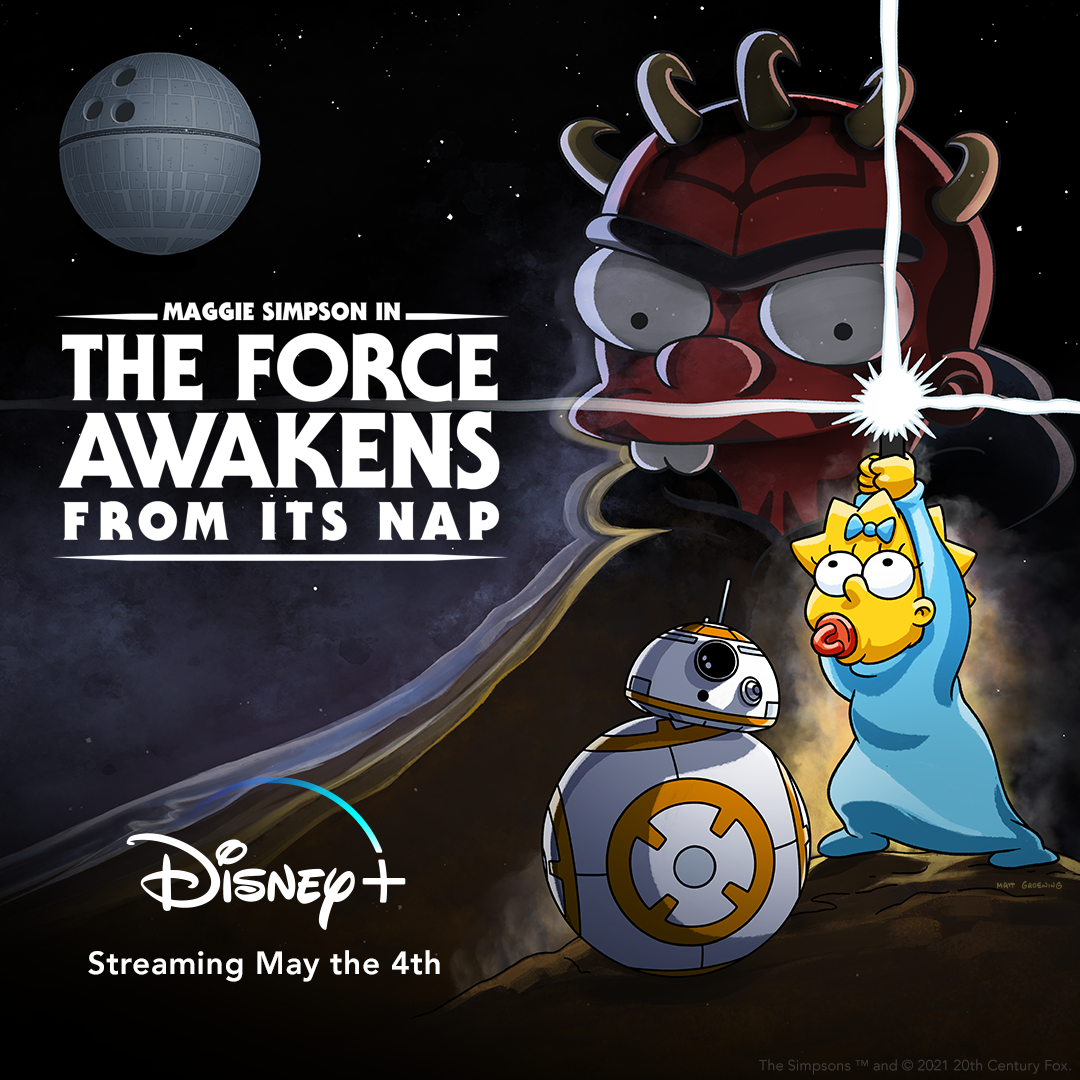 Hit the hyperdrive and set a course to Disney+ to stream the new dialogue-free short where some of our favorite Star Wars characters run a daycare in Springfield, USA. But an easy day of being away from her family takes a dark turn when Maggie loses her favorite possession before running into an old enemy. Here’s the official synopsis from Disney+:

“In a daycare far, far away…but still in Springfield, Maggie is on an epic quest for her stolen pacifier. Her adventure brings her face-to-face with young Padawans, Sith Lords, familiar droids, Rebel scum, and an ultimate battle against the dark side, in this original short celebrating the Star Wars galaxy.” 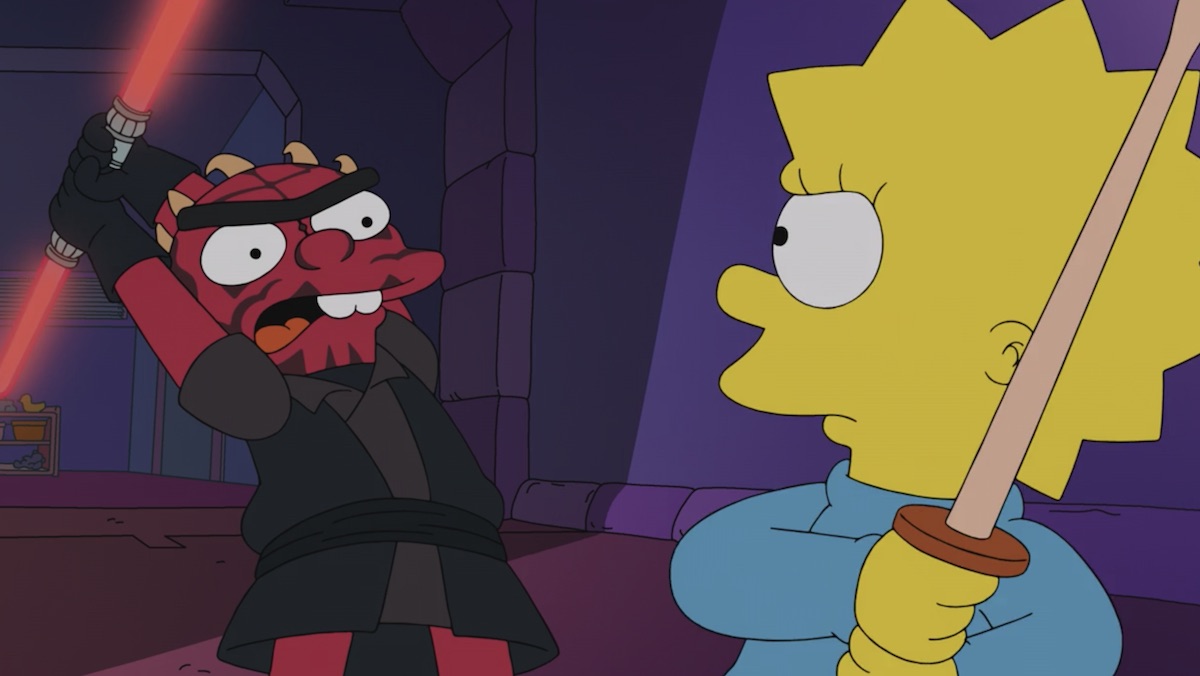 David Silverman directed the short from writers Joel H. Cohen, Al Jean, and Michael Price. It’s as much a tribute to The Simpsons as it is to Star Wars. But it works because of all the references sprinkled throughout. The short might only be three minutes, but you’ll need repeated viewings to catch every Easter egg. And make sure to watch all of the credits for even more.

This promotional short is not just about Star Wars Day. It’s the beginning of a series of The Simpsons shorts that will pay tribute to other Disney brands. More will be released throughout the year. They will probably all be fun in their own ways. But we doubt any of them will have two sunsets… though they might have handrails.