Astronomers have indirectly observed tons of planets outside of our solar system, a.k.a. exoplanets, in the past. Including terrestrial ones that seem very habitable, ones that orbit binary stars like Tatooine does, and ones oozing with lava. Now, in all likelihood, we can add a planet from outside of our Milky Way galaxy to the running list of IRL sci-fi worlds for the first time ever. That means yes, this is our first glimpse of a planet from a galaxy far far away. 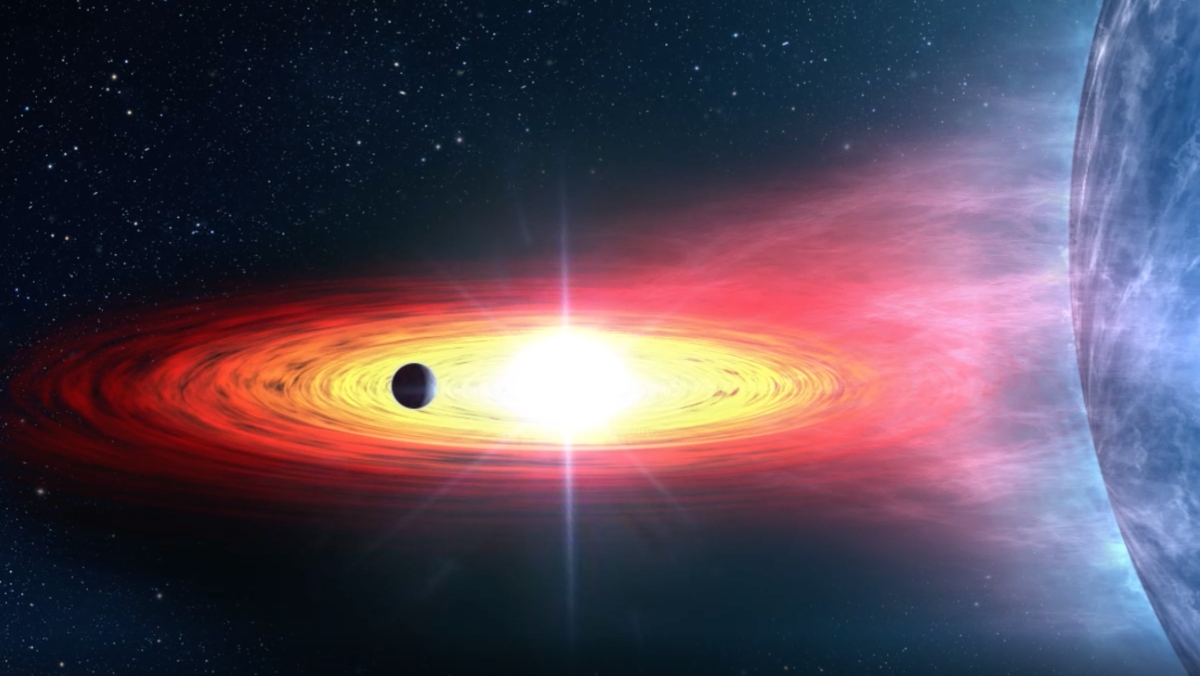 The astronomers, who used NASA’s Chandra X-ray Observatory to make their discovery, outlined how they identified the possible exoplanet from another galaxy in a paper published in the journal Nature Astronomy. The astronomers found evidence of the exoplanet in Messier 51, or M51; a “Whirlpool” galaxy with a spiral shape that’s approximately 28 million light-years from Earth. (For reference, the closest galaxy to our own is Canis Major, which is 25,000 light-years from the Sun.)

As the video below explains, the astronomers identified the planet thanks to the dimming of X-ray light coming from M51-ULS-1. M51-ULS-1 is an X-ray binary system, meaning it contains a massive star in orbit around a neutron star or black hole.

In essence, the astronomers observed a temporary dip in the X-ray light coming from M51-ULS-1’s neutron star (or the superheated matter surrounding a black hole, it’s still uncertain), which they can attribute to something temporarily blocking its source. Astronomers refer to this as a “transit event,” and it occurs when a celestial body passes directly between a larger body and an observer. Incidentally, this is how astronomers have been able to identify other exoplanets.

If the object that dimmed the X-ray light is indeed a planet, the astronomers estimate it’s the size of Saturn. The astronomers also say that the data they’ve collected so far is “well fit” to a planetary transit explanation. They also say they’ve been able to rule out other explanations. Including the idea that clouds of gas or dust are passing between Earth and M51-ULS-1, causing the dimming.

Unfortunately, because of the transiting object’s orbit, we’ll have to wait 70 years for confirmation that it’s an exoplanet. The good news, however, is that we’ll maybe have intergalactic travel by that point. Obviously that sounds ludicrous, but that’s kind of the norm for life now, right? At least on this planet, anyway.