The Imperial stormtrooper is one of the most iconic designs in all of Star Wars. The trooper aesthetic as created by Ralph McQuarrie for the original trilogy remains one of the most recognizable images in all of cinema history. Sure, they always miss their targets, but they look cool while doing it! And with the upcoming The Rise of Skywalker, we are going to be introduced to yet another variation of trooper, with the crimson Sith Trooper.

At this year’s D23 Expo, Lucasfilm shared a video for fans called The Evolution of the Stormtrooper, which they have finally released online. The video dissects 42 years of trooper designs, from A New Hope up until the films of today. You can check out the full video down below:

It’s interesting that the video opens with director J.J. Abrams saying, “You cannot make a Star Wars movie without stormtroopers.” This is not entirely accurate, because The Phantom Menace actually doesn’t have any stormtroopers in it at all. Would fans embrace that chapter of the saga more if there had been? Who knows. But I can say that when the Republic clone trooper army arrived in the climax of Attack of the Clones, the prequels finally began to feel like Star Wars proper. So that really goes to show how integral the iconography of the stormtrooper is to the saga. 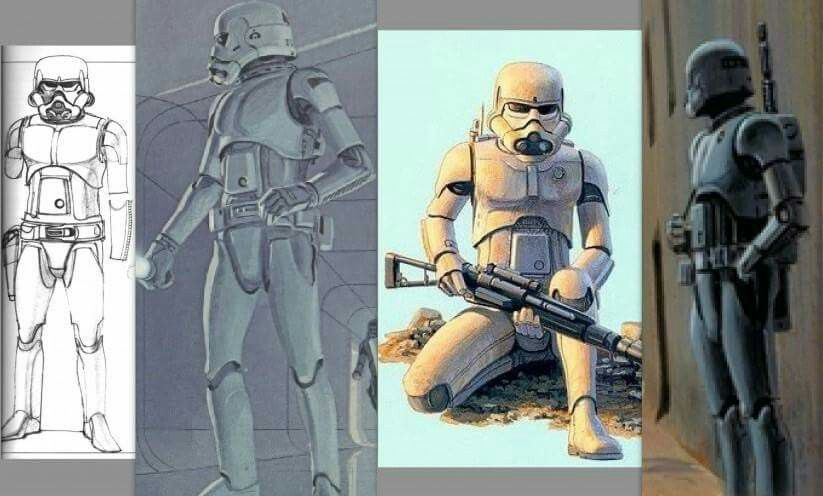 The animated series Clone Wars and Rebels also made key additions to the stormtrooper evolution, and it’s nice that the video acknowledges them. The video’s comments from series executive producer Dave Filoni really highlight the contributions the cartoons made to the overall evolution of the troops. Under Filoni’s guidance came the idea that the Republic clones under the leadership of their Jedi generals exhibited individuality, and decorated their helmets and armor with color and individual graphics. When Order 66 takes place and the Empire is formed, everything becomes monochromatic and stark. 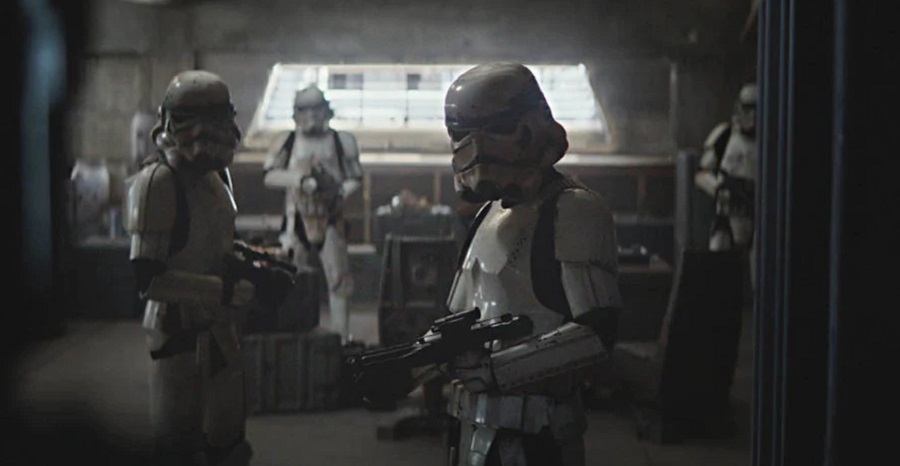 Because the video came out during D23, they didn’t want to give away the latest contributions to stormtrooper canon with The Mandalorian. The new Disney+ series gave us a new variation of stormtroopers—of a sort. Five years past Return of the Jedi, the rusty and dirty looks that the former Imperial troops now wear make them look even more menacing. Although not specifically stated, it seems the old Imperial troops are now renting themselves out to former Imperial military officers who now rule as warlords. The grungy, worn-out look is sure to be cosplayed plenty in the years to come.

So what kind of trooper armor can we expect when the Skywalker saga wraps up? It’s impossible to say. If we get an adaptation of Knights of the Old Republic, that game found ways to include a class of troopers that are a precursor to the clone troopers and stormtroopers of centuries later. As J.J. Abrams said in the video, it’s doesn’t really feel quite like Star Wars without them. It’s safe to say there will be white-clad armored troops of one kind or the other in Star Wars for as long as the franchise is alive.