Get in, losers, we’re going shipping! Friday’s Star Wars: Episode IX panel at Star Wars Celebration gave fans of the Force so many glorious gifts (and GIFs), specifically but not limited to our first look at Finn’s new blue pants.

Before the title reveal and breathtaking teaser trailer, we also got an update on the sequel trilogy’s myriad of ‘ships – and no, we’re not talking about the Millennium Falcon. Although, the Falcon did get a new radar dish.

The ‘ships in question are the love triangles–or the “Love Pentagon” as it is now canonically referred to–of the sequels and The Rise of Skywalker. Every ship was given its due during the panel, covering all points of the Love Pentagon. See below for an unofficial rendering of the Sequel Love Pentagon. 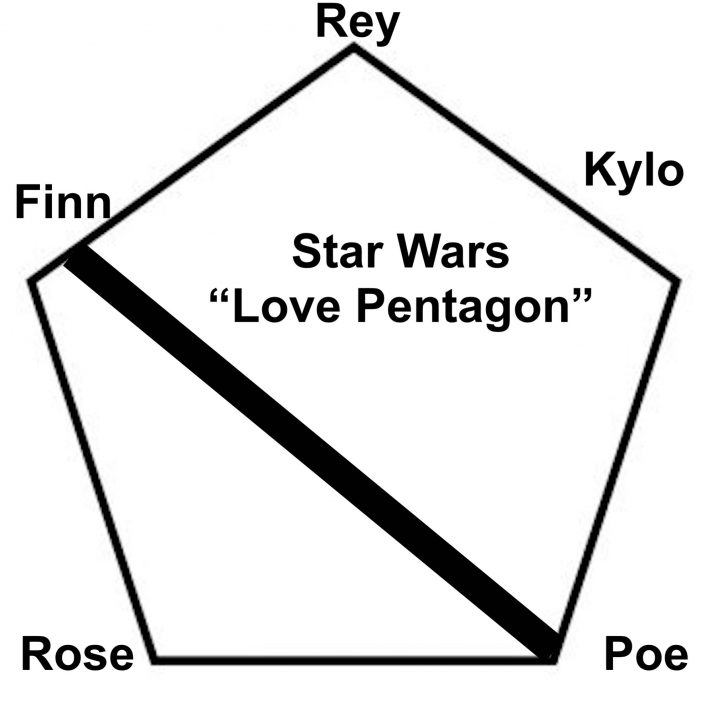 Kicking things off with Reylo, panel moderator Stephen Colbert asked Daisy Ridley if there was any more “Force moments where Kylo is half-naked.” Ridley confirmed that, sadly, we won’t be getting any more Thicc Kylo in Episode IX. However, she did say, “I guess the Kylo and the Rey thing you’ll have to wait and see.”

Judging from the teaser, we’ll get Rey and Kylo together again at least once, and it may be in a friendlier capacity than their icy Force Goodbye at the end of The Last Jedi would lead you to believe. Reylo is not dead yet, and I’m sure both parties need a little closure on the whole friends-or-enemies, will-they-or-won’t-they situation. 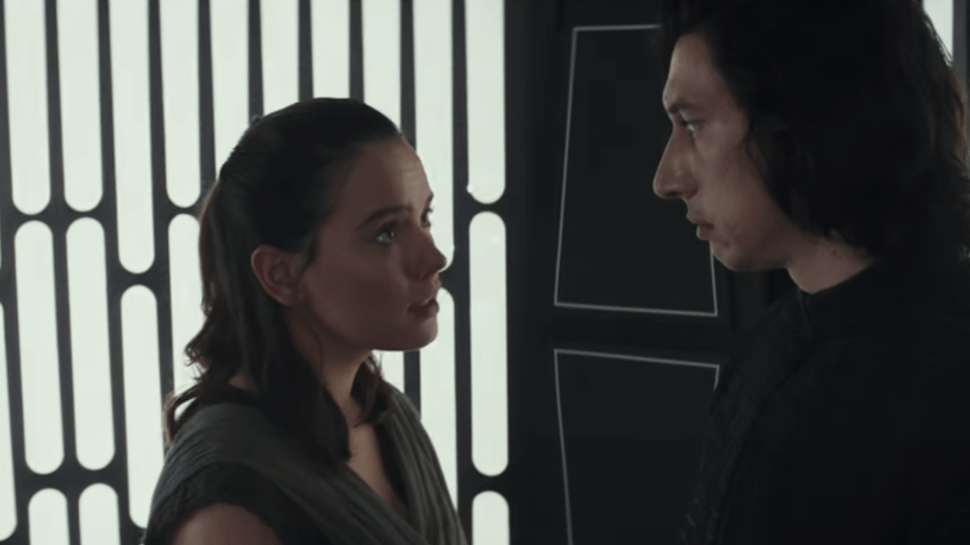 Moving over slightly to the FinnRey and FinnRose camps, Colbert asked John Boyega about the Finn/Rey/Rose love triangle. A true man of the people, Boyega added Poe into the mix, stoking the flames of the StormPilot ship, and coined the phrase “love pentagon.”

The panel also referred to Finn as the galaxy’s most “eligible bachelor,” and Kelly Marie Tran was quick to point out that single John Boyega is as well. It’s good to hear Finn has options. John, please call me.

The future seems bright for all of the current Star Wars ships. We’ll have to wait until December to find out exactly who smooches who. What do you think? Who do you ‘ship? And who would be in your Avengers: Endgame Love Pentagon? Let us know in the comments below!