The Rise of Skywalker continues to be a controversial film in the Star Wars canon. Like most Star Wars movies, to be fair. But one of the most contentious topics is how the movie handles the fate of Kylo Ren. The character, a villain throughout the sequel trilogy, emotionally transforms back into Ben Solo near the film’s end. And then he dies. (Spoilers.)

For some, this was a fitting end. For others, there simply wasn’t enough time with Ben Solo, and his redemption felt weak if he was only meant to die moments later. Because of this dissatisfaction, Ben Solo fans have spent the time after the film’s release speculating how the character might return. This is Star Wars, after all; “no one’s ever really gone.”

Oddly enough, one of the things fueling most of the Ben Solo appreciation and speculation fodder right now is a couple of two-minute episodes of Star Wars Roll Out. The show, which airs on the official Star Wars Kids’ YouTube channel, features Star Wars characters as rolling bouncy balls and is geared at kids. If this sounds like a random place to derive speculation from—well, welcome to the Star Wars fandom. It’s one of the joys, finding meaning in every crumb they feed us.

Here’s the description for this first video:

Sweet but chaotic Ben Solo keeps bungling the plans of his dad Han and his Uncle Chewbacca. When he secretly tags along on their mission to capture some crystal butterflies, a gang of rival Bug Hunters make Ben look like the least of their problems!

And here’s the description for this one:

Han Solo and Chewbacca have been captured by the Bug Hunters, but Ben Solo just might be able to set them free–while wrecking the evil gang’s plans!

As you can see, little Ben Solo develops an affection for these critters, who seem to appreciate his service. So where do the theories come in? Well, for starters, butterflies are extremely symbolic in terms of storytelling. Throughout mythology, you’ll see the butterfly as a symbol of resurrection, rebirth, and renewal, as well as long life and love. Blue butterflies are used most often in television, art, and film—mostly because they’re so beautiful, but also because they’re so rare.

For a character like Ben Solo, who goes through a transformation not unlike a butterfly transitioning from its caterpillar stage, this is a really potent symbolic use. If could merely be a representation of what we see onscreen in The Rise of Skywalker, but it could also hint at what’s to come in future Star Wars stories. Could these butterflies hint at the potential resurrection of Ben Solo in some way? His death was ambiguous, and we never saw him as a Force ghost in the end, which leaves the door open for future tales.

If all of that sounds like a lot to exposit from a children’s TV YouTube video… well, you’re not wrong. But Star Wars is anchored by the Lucasfilm Story Group, a team of creatives whose job it is to keep the canon linked and fill in the gaps of the movies. If they know about a future for Ben Solo, it’s possible they might pepper in some clues along the way. 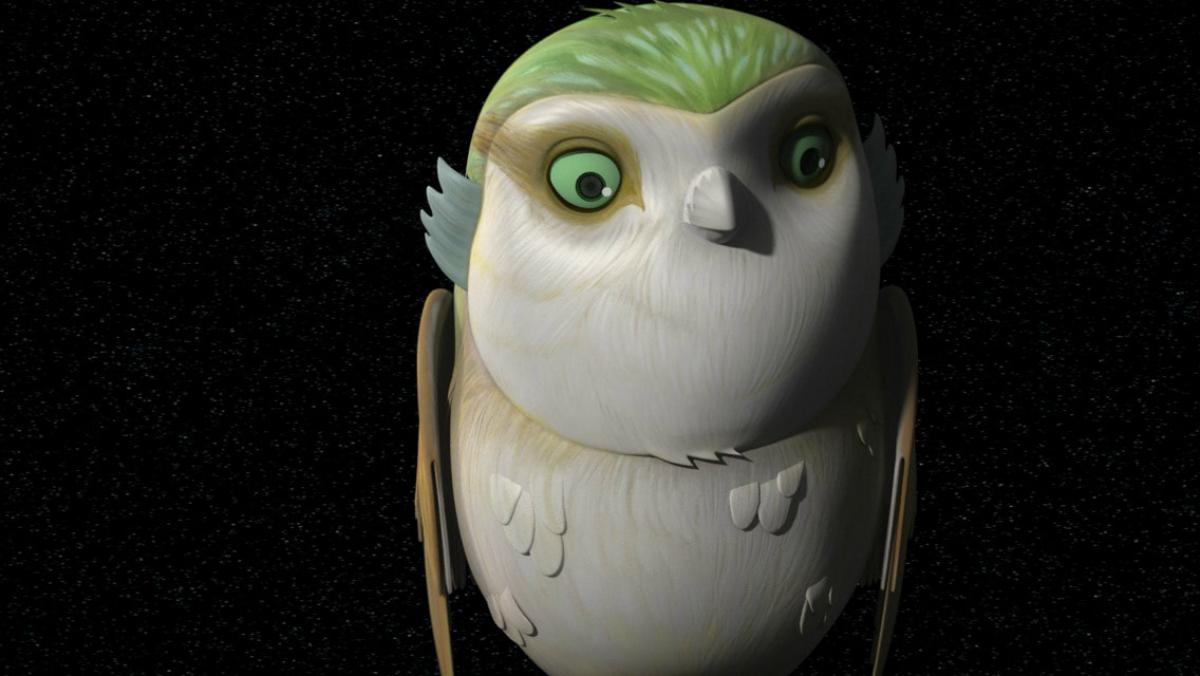 It’s also in theme with Star Wars animation, which uses mystical animals to represent Force-users. Ahsoka Tano is often represented by a convor named Morai, and Kanan Jarrus by a loth-wolf named Dume. In fact, Morai appeared when Ezra Bridger saved Ahsoka in the World Between Worlds. Could Rey follow the butterflies into the same mystical plane and retrieve Ben?

Even if this is all a huge reach and merely wild speculation, the blue butterflies are still worth acknowledging, as they’ve come to mean a great deal to Ben Solo fans. The blue butterfly emoji is popping up in usernames and in social posts, and many have taken to fanart to link their favorite character and his favorite insects.

Some have even worked the blue butterflies into the text of the film.

i had to make that blue butterfly gif 🦋💖 #BenSolo pic.twitter.com/joPUr6jVcY

And don’t worry, Ben Solo and his butterflies are also hanging out in Animal Crossing.

We have no idea what the future holds for Ben Solo and these little critters, but we’re grateful for the thoughtfulness they’ve provoked and all of the amazing art they’ve inspired.