In a world ravaged by the worst global pandemic of our lifetime, thousands are seeking solace in the escapism of Nintendo’s Animal Crossing: New Horizons. Although many of us are forced to self-quarantine and stay at home to help flatten the curve of COVID-19 and prevent it from spreading, Animal Crossing: New Horizons offers players a way to leave the horrors of the real world behind as they build a life on a deserted island full of friendly faces, relaxing music, and endless customization options. But we’re not going to talk about those players; today we’re focusing on those inventive lunatics who are using Animal Crossing‘s robust customization options to turn their virtual islands into the stuff of nightmares.

As noted by our colleagues at Polygon, Animal Crossing: New Horizons’ wildly inventive playerbase are increasingly turning their idyllic island getaways into abbatoirs of terror. And no, I’m not just talking about the capitalist nightmare in which Tom Nook traps you with increasingly expensive loans. Here’s a peek at some of the haunting tableaus people are creating…

Umm has anyone else gotten this villager in Animal Crossing? He's kinda creeping me out :/ pic.twitter.com/KRWXYTNUhk

I don't have a lot but I'm doing what I can to make this space feel like a home. pic.twitter.com/yi3dKGB0v9

stop by if you need a save point.#silenthill #AnimalCrossing #ACNH #NintendoSwitch pic.twitter.com/kRroxgs2ai

might fuck around and make some blood sacrafices to the great bird king later #AnimalCrossing #ACNH #NintendoSwitch pic.twitter.com/IuuWpD0hBq

Some chose the path of @DOOM, while some chose to walk through the @animalcrossing... but those of TRUE vision choose to subvert such limitations. pic.twitter.com/J3Chzjvnys

Others are using the Animal Crossing pattern maker in order to recreate their favorite horror movie posters so they can add some spooky flair to their island homes. (Want to make your own designs? Here’s our handy guide!)

saw some peeps did this but with album covers so I did horror movie posters instead #AnimalCrossing #ACNH #NintendoSwitch pic.twitter.com/Pp026RUiZ3

Whether they’re making nightmarish hellscapes or reenacting movie scenes, the Animal Crossing community’s bottomless well of creativity never fails to impress. Here’s hoping that this is just the tip of the iceberg as more and more players continue to show us what New Horizons is truly capable of creating. 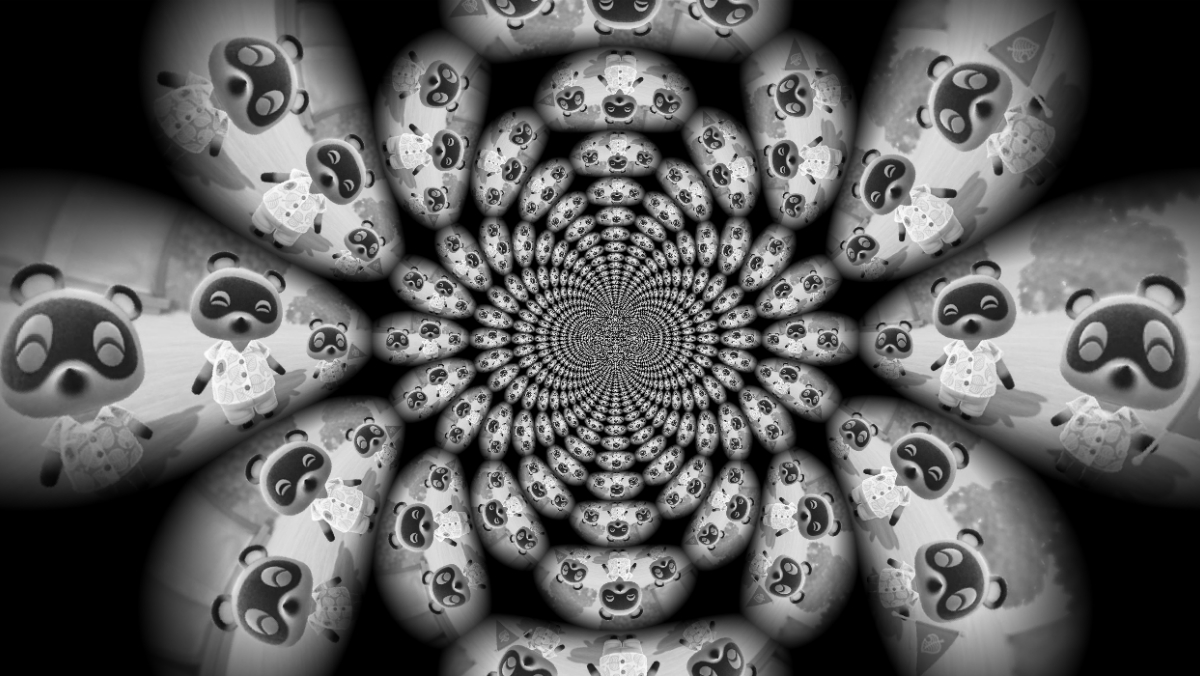 This is what I imagine Junji Ito’s island looks like.

What’s your favorite horrifying Animal Crossing creation so far? What are you creating with Animal Crossing‘s pattern maker?  Let us know in the comments below.