STAR WARS: THE RISE OF SKYWALKER Has A Ben Solo Problem

Who is Ben Solo? In the Star Wars sequel trilogy, we meet him in a mask, under an assumed identity. He calls himself Kylo Ren, but he’s really the child of Han Solo and Leia Organa. A Prince of Alderaan, the son of war heroes, the nephew of Jedi master Luke Skywalker. But who is he? And what does he want? The films tease his interiority–as well as his past–but in the end, his journey is frustratingly vague, to the detriment of the saga, his family, and himself.

We’re introduced to Kylo Ren in The Force Awakens at the height of his power. He’s a shadow puppet of the First Order, risen from the ashes of the Empire, serving out the vendetta of Supreme Leader Snoke. He’s a powerful Force user– arguably the most powerful Force user–but his emotions are too raw to wield it wisely. He’s pledged to the dark but drawn to the light, obsessed with the evil legacy of his grandfather, Darth Vader. But what motivates him? The films tease certain possibilities, but we never get the full picture.

And given how events play out in The Rise of Skywalker, the final film in the Star Wars episodic saga, that obfuscation comes to the detriment of all that came before.

Spoilers for Star Wars: The Rise of Skywalker below. 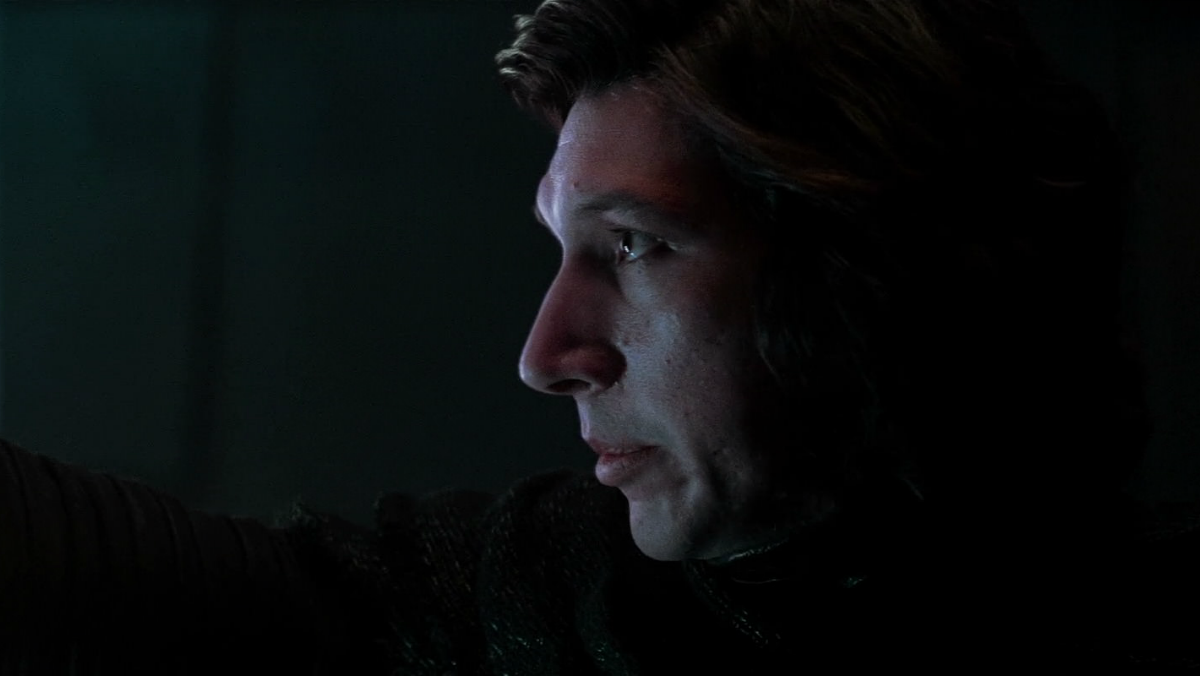 His compassionate moments are left out of the films

In The Rise of Skywalker, Kylo Ren transforms back to Ben after an encounter with his dead father, Han Solo, whom he killed in The Force Awakens. In both The Last Jedi and Skywalker, Kylo wrestles with this heinous act; it cleaved his soul in two, sending him on a meaningless and chaotic path. Snoke senses his conflict, as does Rey, but it isn’t fully reconciled until the final film. The memory of Han is what motivates Ben toward one final good dead: helping Rey defeat Palpatine, and sacrificing his life to save hers.

This exchange of life and death might feel like a deserving end for a character who assassinated his classmates at Luke’s Jedi academy and who initiated genocide on an entire star system. A person capable of such evil deeds doesn’t deserve a second chance at life, some would say. One good act doesn’t erase a lifetime of evil. Except… Ben Solo did none of those things. Canon paints an entirely different version of the character. Someone deserving of more compassion than his film version may permit.

In a new Marvel comic from writer Charles Soule, The Rise of Kylo Ren, we learn that Ben Solo did not, in fact kill his fellow students. After Luke sensed darkness in his nephew and was momentarily tempted to kill him, the temple burst into flames by some unseen force. In the panels of the comic, we see a horrified Ben Solo stare into the flames. “I didn’t want this,” he says through tears. A few surviving students assume Ben killed Luke and the others, and he flees in a state of guilt, off to Snoke, who cradles the scared and confused boy in his arms. This goes hand-in-hand with exposition Leia delivers in The Force Awakens: that Snoke groomed her son and turned him dark.

But that doesn’t forgive his involvement in something like Starkiller Base, a planet-destroying device used to eradicate Hosnian Prime and with it the New Republic senate. But again, canon contradicts what the films imply. In the script and novelization for The Force Awakens, we learn that Kylo Ren had no real involvement with Starkiller Base, and is in fact horrified when Snoke and Hux decide to use it. He doesn’t stop the attack, so he’s still tangentially complicit, but he wasn’t involved the way the movie leads us to believe.

This trend continues into The Rise of Skywalker. The film opens with Kylo slaughtering a troupe on a planet the visual dictionary confirms to be Mustafar, the home base of Darth Vader. The dictionary also confirms the people he’s killing aren’t harmless civilians, but Vader loyalists–a.k.a. bad guys. Wouldn’t that be an important detail to include in a film that, just a few hours later, redeems this character? Kylo Ren still did horrible things, there’s no denying that. But relegating anecdotes that make him more multifaceted to ancillary material feels at odds with what the movie tries to communicate later on. 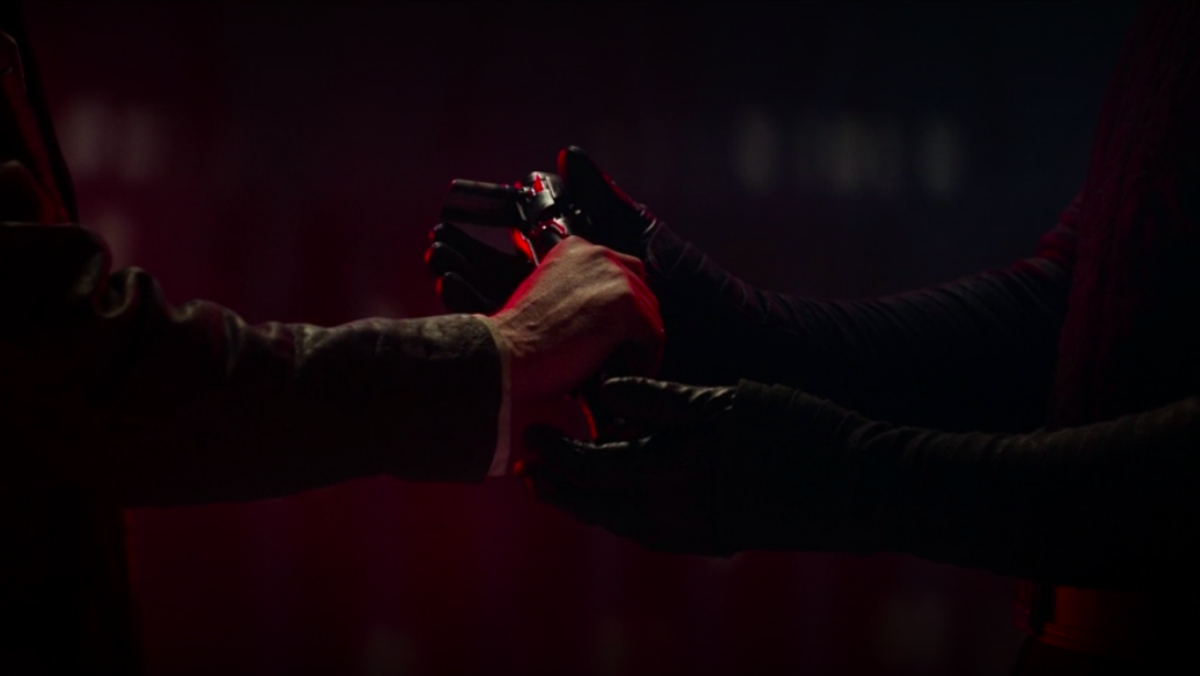 We have no sense of his family life

Arguably the most confusing aspect of Ben Solo’s characterization is his family. In The Force Awakens, we learn that his turn crushed his parents; they separated and both returned to old habits. Leia poured herself into leading a new rebellion and Han went back to smuggling. Likewise, Luke’s concern that he failed his nephew led him to isolation. He went to Ahch-To, an ancient Jedi planet, to atone. It’s clear all three of them loved Ben tremendously if his turn caused so much pain. But what led Ben to that point in the first place?

It’s hard to really figure out what happened in the Solo/Skywalker household to make Ben so angry. It’s assumed in canon novels that Han and Leia were largely absent from Ben’s life in his childhood. Leia sent him to train with Luke when he was just a boy, a move that possibly triggered a feeling of worthlessness. Is this when Snoke swooped in? Or rather, as we learn in The Rise of Skywalker, is this when Palpatine enacted his long con against the Skywalkers? By sensing Ben’s sadness and manipulating it?

Probably. But those implications are messy. Palpatine’s great failure in the original trilogy was underestimating familial love. But in The Rise of Skywalker, that familial love is channeled in strange ways. Leia’s final move is to reach out to her son and save him, but we later learn that she always knew he’d fall–in fact, it’s why she quit her Jedi training before Ben was even born. We get the sense that, in a way, she was afraid of him before he even existed. And yet, she sensed that Rey was a Palpatine and trained her anyway, because she knew she was good. But Ben was capable of goodness, too. So why didn’t she try to help him?

And why, in the end, does Leia wait to cross over after Ben’s sacrificial act, then appear to Rey as a Force ghost without him? The garbled writing makes it feel like Luke and Leia simply traded in their love for Ben for Rey–and it makes them look worse in the process. 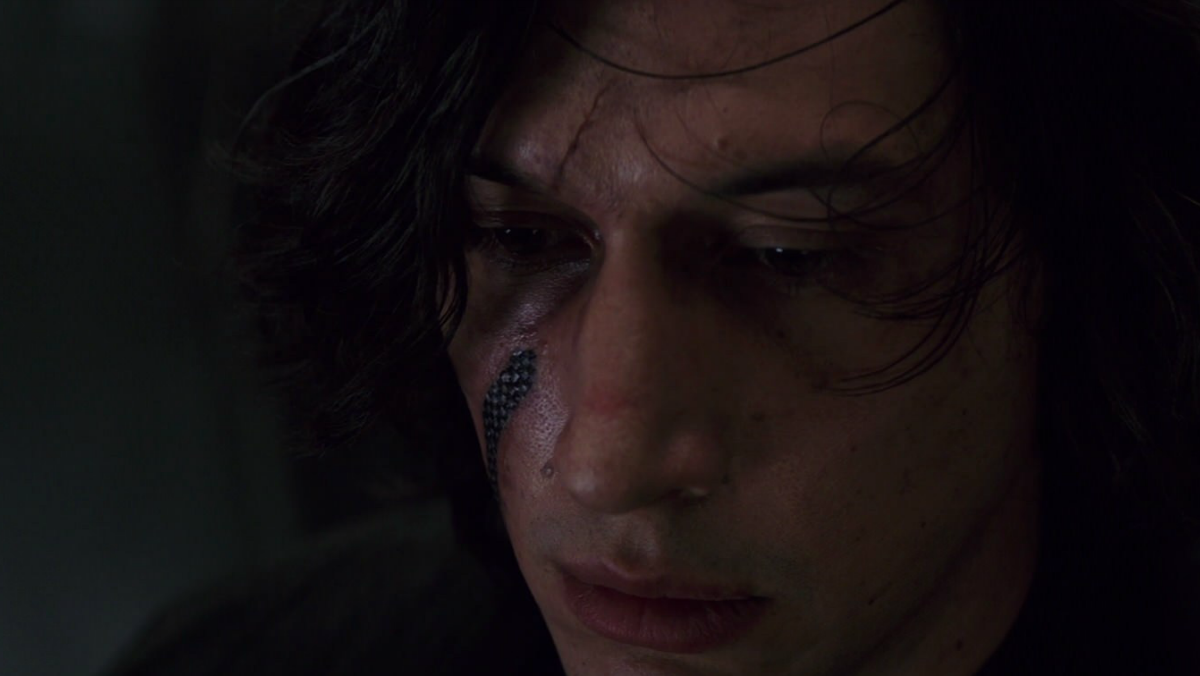 His death makes the sacrificial acts of the sequel trilogy weak

In the end, Ben Solo dies saving Rey–an act of monumental love for the only person who ever really believed in him. At least, that’s how he feels about her. It’s clear our original trilogy heroes believed in his capacity for good, since all three died in service of his redemption–at least from a story perspective. But Ben’s death feels like a strange way of paying tribute to Han, Luke, and Leia. They all die so Ben can do a good thing and die, too. Is death really the only path to betterment in Star Wars?

It feels like a nihilistic ending for the Skywalker family. A neglectful transference of emotional care for one lost and lonely child over the other. There was room for the Skywalkers to love both Ben and Rey. There was also room for a story of atonement in life–a far more interesting and complicated choice for the trilogy’s most interesting and complicated character.

Maybe we’ll see more Ben Solo in the future. His ending feels ambiguous–a fade away and no Force ghost appearance at the end. If he isn’t with his family in another realm, hopefully he’s at least wandered off to a storyteller who can make better sense of him. His backstory deserved more care in this trilogy, because our original heroes are so entwined in his life and his fate. It’s a pity we’ll need a visual dictionary to tell us how to feel about all of this.