Vanessa Marshall on the Return of Hera in THE BAD BATCH

Set just after Emperor Palpatine issued Order 66, Star Wars: The Bad Batch has put its spotlight on a turning point for the galaxy. Arguably the biggest turning point in all of Star Wars. The animated series largely focuses on the titular Bad Batch clones and their young charge Omega, but as they make their way in this entirely different galaxy, we watch as the Empire’s hold turns into a tight grip. The Empire is introducing stormtroopers to phase out the clones. They’re plundering planetary resources and oh so carefully implementing protocols to track and control citizens on multiple worlds. Including Ryloth. Returning to the Twi’lek homeworld meant encountering a young Hera Syndulla, as voiced by Vanessa Marshall.

“I got an email from my agent and was shocked,” Marshall enthuses in an interview with Nerdist. “First of all, I had to take in that there was a show called The Bad Batch. I mean, it had a code name. But I hoped that Dee Bradley Baker was doing Dee Bradley Baker magic, you know? I was thrilled about that, but also that Hera would be included.” 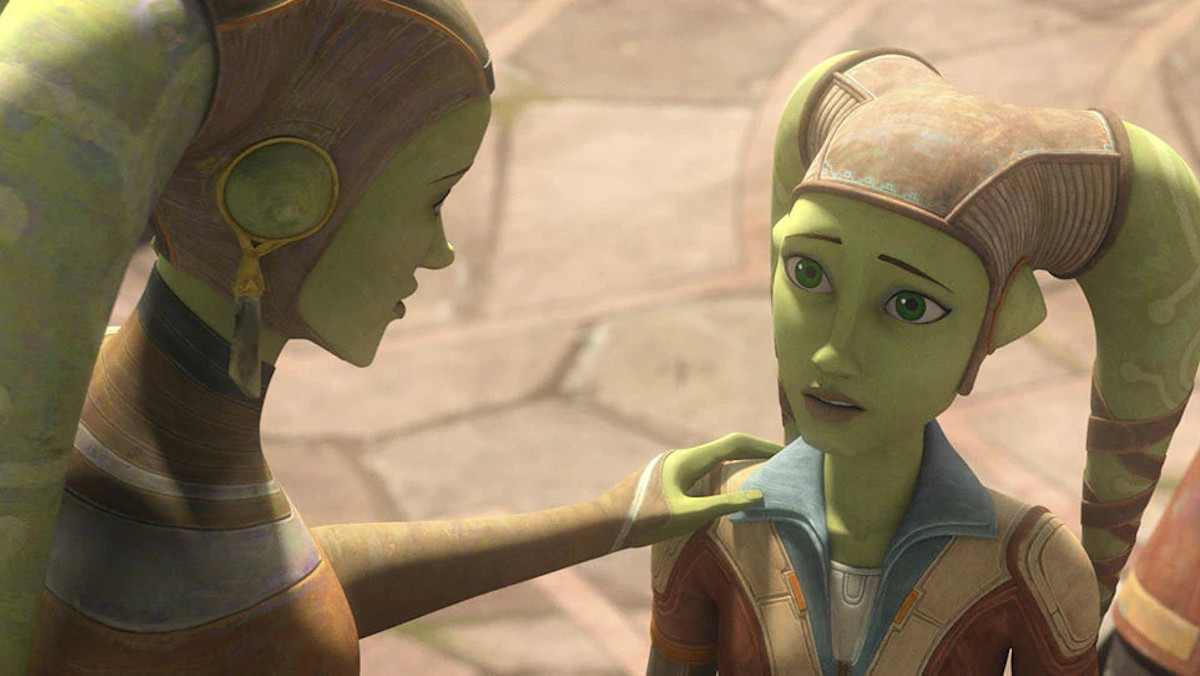 “Devil’s Deal” shifted from the Bad Batch to highlight Ryloth’s plight. The Empire intends to build a factory on the planet, promising jobs and prosperity to the citizens. On the heels of the Clone Wars, any peace seems appealing. But as a planet that scrabbled for every ounce of its independence during those wars, another unwanted party isn’t entirely welcome. Though Senator Orn Free Taa is technically the ranking government leader, the people listen to someone else: Cham Syndulla. Hera’s father who never gave up on Ryloth and freedom for its people.

We’ve seen Cham appear in Star Wars: The Clone Wars and Star Wars Rebels; he reunites with his daughter Hera in the latter series. And their dynamic was… a little shaky. Going back in time starts to reveal why. Hera is more of a free spirit. Star Wars Rebels takes place some 10 plus years after The Bad Batch and shows Hera as a confident leader key in helping scattered rebel cells become the Rebel Alliance. She goes on to serve the galaxy in the Rebellion for years.

But here, Hera’s still growing. She speaks with the Twi’lek accent of her youth (we heard Hera use the accent briefly in Rebels). Marshall recalls, “When I got the script and I saw these moments that illustrated that she wasn’t quite as confident then, that was yet to come and was hard-earned. To me, it was important to illustrate that fragility, at the same time, the capacity for her moxie and nurturing and badassery. I mean, she really grows into quite a strong woman. I wanted to have elements that made that journey seem even more profound in that it was such a long way to go, but also we had to believe that it was possible. So there had to be a little bit about fire.”

That fire manifests as Hera defying her father’s orders to go hang with Gobi, a family friend. Like Cham, Gobi has stood for Ryloth’s independence. And he doesn’t take kindly to the Empire’s request that the Twi’leks give up all their weapons. So he goes on an offworld excursion to get weaponry from the Bad Batch clones and brings Hera along, promising her she can fly the ship. Something Cham doesn’t allow her to do.

Anyone who has watched Rebels knows Hera’s passion for flying and her extreme talent as a pilot. In The Bad Batch, it ends up being a point of bonding when Hera meets Omega. They talk about how piloting is more than just instruments—it’s a feeling. Marshall, whose father is a pilot, connected to that conversation because her dad shares that sentiment. Marshall says, “I think that’s a metaphor for everything in life. We may have all the tools, but if we’re disconnected from our heart it’s just not as powerful, I think, as when we let go and allow the creativity, or whatever it is, to flow through us.”

When Gobi returns Hera to Ryloth, they all get in trouble because the Empire discovers their covert activities. They seize the weapons and further, they take Cham and Eleni, Hera’s mother, into custody. It’s an act that sticks with Hera. Marshall notes, “It’s a continuing theme, that the Empire diminishes whatever they touch for a machine to exterminate innocent lives. That is absolutely wrong and one should do anything and everything to prevent it and save people. Hera does later come to do that. No doubt watching that occur on her own planet, I’m sure, was heartbreaking and exactly what made it impossible for her to obey her father in the end.”

New episodes of The Bad Batch drop every Friday on Disney+.